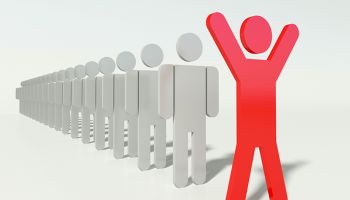 Banks believe that new digitally enabled supplier finance networks and alternative lenders now pose a significant threat to every part of the commercial lending business, according to a new survey conducted by Misys.

“The banking sector understands that it must now react to remain at the center of corporate credit requirements,” says David Hennah, head of trade finance at Misys. “Our survey respondents believe they can leverage emerging supplier networks and the financial technology vendors that can provide digital enablement and connectivity across trade and lending to grow and retain clients. We have seen an increasing focus on strategic technology partnership.”

Key findings from the survey include:

• 68% cited small business lending as being under high threat.

• 84% see pressure on pricing of loan products as a challenge.

According to a separate report by Grant Thornton, in 2014, 60% of businesses in the mid-market were already using non-bank lending as a source of finance, showing that it is no longer a fringe activity, but one that is widely considered normal by corporates.

The Misys research took answers from 114 respondents from 77 banks across the United States, Europe, Africa, and Asia, who were asked to share their views on the threats and opportunities created by digital disruption in commercial lending, trade, and supply chain finance.

Banks have been under pressure since the financial crisis, as demand for credit from small- and medium-sized businesses has risen, but increased regulation and scrutiny of balance sheets has diminished lending capacity. The rise of alternative financiers, peer-to-peer lenders and new supplier networks in the market is leading banks to re-evaluate their operating models and embrace partnership, new technology and more agile approaches to lending and trade finance.

Despite these challenges, the Misys survey results show that banks also believe that a strategic partnership with nonbank players can be a strong driver in growing their trade finance business, with 68% citing that they see this as a big opportunity.

Read an infographic about the survey from Misys