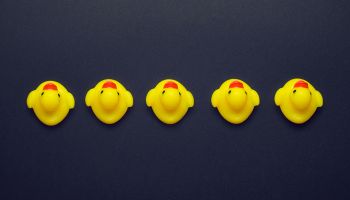 A better understanding of the regulatory environment, increasing pressure from activist investors on certain banks to sell, and more would-be buyers looking anew at the value of core deposits ahead of a rate hike should drive ongoing bank merger-and-acquisition activity.

These were among the key arguments put forth by prominent investment bankers who spoke Oct. 7 at the SNL Financial Bank M&A Symposium in Washington, D.C.

Meeting of minds on M&A

These investment bankers said that, after years of grappling with heavy regulatory scrutiny that often delayed or even prevented deals, regulators are better communicating their expectations and banks, in turn, are more active in seeking advance government input before inking deals.

These developments, coupled with the lessons learned from watching certain buyers struggle to get regulatory approval, are helping both buyers and sellers to get their proverbial ducks in a row in order to increase the odds of timely regulatory approval.

M&T Bank Corp.'s long-delayed plan to purchase Hudson City Bancorp Inc. for years exemplified the challenging regulatory gauntlet that many buyers feared. The Federal Reserve finally approved that deal in September, three years after it was announced. Even after the long wait, bankers at the conference said that transaction points to improvement, as both buyer and seller were able to successfully address significant regulatory concerns and bring the deal to the precipice of completion.

"That should be good news for the industry," Michael Schechter, a managing director at J.P. Morgan Securities, said at the conference.

Should M&T's deal close in November as planned, bankers said, it could encourage more buyers to go after larger targets, adding to deal volume and the total value of deals. As widely noted at the conference, while M&A activity has been steady over the past couple years, it has been largely confined to the smaller end of the spectrum, with the field of targets mostly made up of small community banks.

Already this year, there have been key examples of larger deals. Royal Bank of Canada, for one, agreed in January to buy City National Corp., and BB&T Corp., for another, said in August it would acquire National Penn Bancshares Inc.

He and others said that investor activism is beginning to gain momentum in the banking industry, and this, too, is expected to drive more deal activity. "Activism is everywhere in corporate America," Schechter said.

Case in point: HomeStreet Inc.'s plan to buy Orange County Business Bank. The deal, announced in September, came together after Commerce Street Investment Management managing director Mark Ruh and his colleagues took an activist stance and pushed Orange County Business to explore a potential sale. Ruh and company had been disappointed with the bank's inability to generate steady growth.

Ruh told SNL after the deal was announced that a sale "was the right answer" for investors. He also said he and his firm would look for more such activist opportunities, noting there were "hundreds" of underperforming banks scattered across the country that should at least consider selling.

Activism is "alive and well," according to Sandler O'Neill & Partners principal Emmett Daly. At the conference, Daly said the bank industry "is challenged for growth" in an economy that is only gradually expanding and in an environment in which interest rates have held at rock-bottom levels for years, crimping lending profitability.

Those challenges, coupled with heavy overall regulatory burdens that have driven up costs and hurt community banks in particular, have and likely will continue to form a backdrop favorable for deal activity. Small banks—or their investors—will continue to see a need to partner with larger ones to gain scale, better absorb costs and broaden revenue streams to become less reliant on bread-and-butter loans.

It stands to reason that banks will increasingly look to buy specialty lenders as they look to get into new business lines, adding to the M&A mix and attracting the interest of larger buyers. Wells Fargo & Co. and Capital One Financial Corp., for instance, have both announced deals this year to acquire specialty finance operations from General Electric Co.

Buyers are also looking ahead to the specter of rising rates. While the industry has anticipated a Fed interest rate increase for years without seeing one, monetary policymakers have made it known that a hike is on the table for as soon as the fourth quarter of this year.

As such, banks are bracing for a change by some point next year, if not sooner, and in doing so they are increasingly eyeing the value of core deposits. If rates increase, core deposits are typically the most likely to stick with a bank, and such funding will prove increasingly important if the economy continues to improve and loan demand picks up along with it.

All of these factors are expected to drive more bank M&A, and at least draw in some increased interest from larger buyers, bankers said. But they stopped short of forecasting a wave of deal activity, noting that uncertainties always permeate the banking landscape, not the least of which is the timing of a rate increase.

As veteran banking lawyer Mark Menting of Sullivan & Cromwell put it: "It's always important to expect the unexpected."