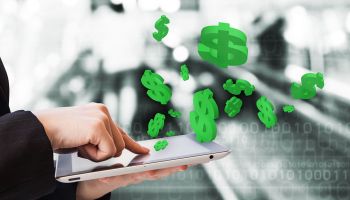 Banks across the world are set to significantly increase spending on new payment technology in 2016, according to a new report from Ovum, an independent technology consultancy.

This is up significantly from 2015, when just over half (52%) increased their IT expenditure on payment technology. Most tellingly the proportion of banks reporting significant increases in payments’ spending (over 6%) has leaped from near 10% to almost 30%. Ovum says that such a major shift is representative of the transformative levels of change happening in the payments market.

“Investment levels in payments have been high in recent years, driven by the need to deploy new payment services, cope with the overall rise in electronic transaction volumes, and replace ageing legacy infrastructure. 2016 will see an increase in this trend,” says Gilles Ubaghs, senior analyst within Ovum’s Financial Services Technology team.

The report surveyed CIOs and other senior IT decision-makers in over 60 countries and processed data from around 6,500 interviews in 17 industries.

Security is top of the agenda for banks. Banks’ increasing investment in payment tech is aided by growing concerns over security and the need for regulatory compliance, with over 70% of retail banks reporting a rise in expenditure on security and antifraud technologies.

The focus on security is not surprising given the need for top-notch security across the explosion of new payment tools and services now emerging. Immediate payments are a close contender for top priority, with nearly 65% of banks viewing immediate payments as an opportunity across every business category.

Ubaghs says: “Security is always a core issue for both vendors and enterprises alike and the market is set to see renewed levels of investment activity in 2016. This will be driven by the need to find new means of authentication while reducing risk and the burgeoning growth in tokenization technologies. Investment in the U.S. in particular is likely to be high as the country continues its shift towards EMV.”

Highlighting retail banks’ concern with adding security with new ways of paying, 34% cite biometric technology as a priority for the coming year as well as a focus on using additional information such as location data during transactions.

“Cool” can only sell so much

In another development, the unexpected lack of success experienced by platforms such as Apple Pay has taught banks a valuable lesson; even with the best intentions, it remains extremely difficult to force consumers to use new products and services without incorporating a clear “why” case.

The customer interface is not the same as the customer experience, and banks need to create a more compelling story for consumers with their platforms.

“Even the magic wand of Apple has not been enough to jumpstart the mobile proximity payment market,” Ubaghs says. “With similar platforms from Google and Samsung now emerging, it would appear these platforms face several years of steady slog towards mass acceptance.”

“Not every organization will need the blockchain in the short term, but what they will need is an understanding of where it can fit into their organization,” says Ubaghs says. “The scale of implications of the Blockchain suggests slow movers are likely to miss out in the long term.”