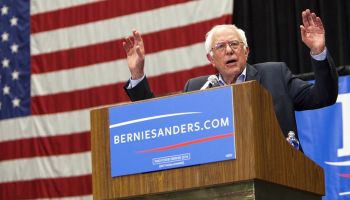 The U.S. Treasury did not experience any loss on any loan made pursuant to the Troubled Asset Relief Program to the very largest banks in the wake of the Great Recession. Why then are politicians piling onto the idea that the big banks should be broken up?

The most recent of those piling on is Senator Bernie Sanders, who is making news this week with his presidential campaign pledge to break up the big banks.

What may be most urgent about the matter is that he and others believe that the statutory authority to do so exists within the existing Dodd-Frank Act that is already on the books.

Why Sanders is gunning for big banks

The heart of Senator Sanders’ concern is the degree of exposure that the taxpayers would have in any “bailout” of one or more very large banks. Such banks today are referred to as Systemically Important Financial Institutions (SIFIs) and include some very large non-bank financial service providers, such as insurance companies.

There’s no doubt that the collapse of any enterprise on today’s SIFI list would be extremely expensive if the institution had to be liquidated and depositors paid up to the statutory limits by FDIC. But what the opponents of Too Big To Fail don’t seem to realize is the extent of likely damage to thousands of individual and  business customers, large and small, that would suffer losses to all or a significant portion of their deposit accounts.

So the bigger but seldom stated problem—the wreckage inflicted on the customers of the failed bank absent financial assistance—would be far worse than the losses suffered to the equity accounts of the institution’s shareholders.

The focus of the problem to be avoided was never the banks themselves or their shareholders. It was always directed to the customers of a big failed bank. But in their collective urge toward scapegoating, politicians are seldom sensitive to the nuances of issues. Such details just don’t make good sound bites nor always fit the facts very well.

There’s a reason we say “systemically”

Another issue that dwarfs the financial costs of liquidating a SIFI-sized bank would be the disruption to systemic liquidity of the entire economy.

Modern payments systems of all nations operate on trust: the ability of participants to be both willing and capable of executing the financial transactions of all parties. A large bank collapses, and cumulative losses of a material size by its customers would be hugely disruptive to confidence throughout the entire financial system.

The primary impacts of Dodd-Frank are aimed at limiting the overall riskiness of the banking business. Certain transactions previously conducted by banks have been prohibited, and it’s hard to argue in most cases that the integrity of our banking system has not been improved apart from the loss of fee income to the biggest banks. This isn’t to say that such transactions are totaled prohibited—only that they don’t belong among the activities of banks due to their inherent riskiness.

There are two issues here for banks.

First is the degree of financial leverage present on bank financial statements. Banks have traditionally operated with less equity as a percentage of funding sources than many other types of businesses.

That is because they are risk-averse in their lending activities. After all, excessive levels of risk should not characterize any business largely conducted with other people’s money where trust and certainty are of primary importance to all counterparties.

Second, if the basic relationship between debt (deposits) and equity is materially disturbed, then that will impact a bank’s Return on Equity ratio.

This ratio measures the basic entrepreneurial trade off between risk and reward and is an important indicator of ultimate financial efficiency. Risk can easily be skewed by tinkering with the numerator or denominator of the ratio.

Think about this basic arithmetic. To increase a bank’s ROE, the bank can generate more income (the numerator) or reduce equity (the denominator) or it can do both simultaneously. More income generated by activities supported by less equity is a familiar route for bankers to increase ROE.

The second issue relates to the wisdom and economic efficiency of legislatively mandating minimum levels of equity capital for banks. Risk-based capital calculations date back to the late 1980s and were sensibly conceived.

They originated by analyzing the levels of risk inherent in various transactions, starting with bank assets. Treasury securities have virtually no credit risk while some types of loan transactions are inherently quite risky. We collectively understood the process as it was being introduced and there was a consensus among principal industry stakeholders that this was a reasonable way of proceeding.

But here’s the issue today in the sense of where the rubber hits the road.

Banks provide a wide array of credit-related services to their customers. Some of them are clearly understood and the process is reasonably transparent, thanks to the reporting discipline of quarterly Call Reports and audited financial statements. Yet other types of credit risk are opaque and not subject to granular sorts of disclosures or inspection. While any single transaction or relatively small cluster of them might be benign to the overall risk profile of a bank, diminished equity support and the sheer size and concentrations of certain like-transactions are potentially very disruptive.

The surest routes to a safer banking system are a combination of greater equity, bank-by-bank. That, and an overall reduction in the complexity of the business.

The encouraging news is that some of the very largest banks are moving in the direction of simplifying their book of business, while the Federal Reserve’s annual stress testing regimen is strengthening the capital structures of the large banks and thereby of the banking system as measured by total assets.

Unfortunately, the legislative zeal for reform, particularly the resulting Dodd-Frank Act, tends to make compliance officers out of most lenders.

One Midwest banker explained his concerns in a letter to the FDIC by observing, “We used to do banking in compliance with the laws and regulations. Now we do compliance and hope that it allows us to do some banking. “

Too Big To Fail is the current “elephant in the room.” The legislative fix has been inadequate and misguided and is tempting a lot of political meddling during this election cycle. And remember that we are really only at the first turn of the presidential race, barely.

The real solutions are neither political nor legislative.

How about significant voluntary doses of “simplicity” and “transparency” to tamp down any legitimate concerns surrounding the health of the banking industry?

More in this category: « Let’s not do CRE trouble all over again Oil price drop plays out differently »
back to top