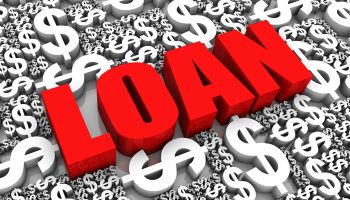 A new white paper from the Treasury Department presents recommendations, and the research behind them, for dealing with marketplace lenders at the federal level.

Creation of an interagency working group on online marketplace lending, to more closely monitor developments in that space, is a key recommendation in the Treasury Department’s much-awaited report on this aspect of fintech.

In its report, Opportunities And Challenges In Online Marketplace Lending, Treasury recommended that the group include multiple agencies with a stake in the debate on how marketplace lending performs and is regulated. This would be on top of Treasury’s intent to monitor evolution of the marketplace lending industry.

The report relied on comments submitted by about 100 companies, associations, and others in response to Treasury “request for information” release.

“Several … commenters noted that identifying and understanding how existing federal and state regulations apply to new models and practices can be a challenge,” the report stated. Treasury suggested one role of the working group would be share information about the applicability of existing laws and rules, as well as identifying where gaps exist.

CFPB has already announced that it has added marketplace lenders to its complaints database coverage. The Federal Reserve has been privately studying the fintech area overall for some time, and some regional Fed officials have spoken on the matter. [See “Fintech, ducks, innovation, and unintended consequences”]

Treasury also would assign to the working group a coordinated effort to examine the impact of nontraditional data on credit scoring models, and to devise means of monitoring the risks posed by marketplace lenders through the credit cycle. The report said this should include “engaging with market participants to report forward-looking loss projections that can help the market gauge the economic impacts of untested algorithms.”

The working group, as outlined by Treasury, would include itself, the Consumer Financial Protection Bureau, FDIC, the Federal Reserve, the Federal Trade Commission, the Comptroller’s Office, the Small Business Administration, the Securities and Exchange Commission, and a state banking official.

This recommendation, one of several made in the Treasury report, made reference to numerous commenters remarks about regulation of marketplace lenders or lack thereof.

In part this hinges on the way a given company’s program is structured, but the report indicated that many commenters opined concerning the role of the federal government in marketplace lending going forward. Some called for a bank-like regulatory regime, some called for a unified approach specifically for online lenders. And some thought current oversight suffices.

The report identified many facets to the overall concern about marketplace lending oversight. These included consumer protection issues, including potential erosion of fair-lending protections; a belief by some that small business borrowers need additional protection; concern over potential Bank Secrecy Act and anti-money-laundering exposures; and exposures to cybersecurity and fraud.

Additional factors included clear identification of who the true lender is in a marketplace transaction, and the view that some kind of “skin in the game” risk retention regime should be considered where that doesn’t exist for online lenders now.

Note that these are issues raised, and not necessarily Treasury viewpoints as reported in the document.

On the other hand, the report also reflected the possibility that marketplace lending in time could provide opportunities to expand access to credit to additional customers, including consumers, student borrowers, and small businesses.

The report was released the day after the coming to light of a major upset at the large marketplace lender Lending Club resulted in the resignation of its CEO. This has been a period of turmoil for some players, with the stock prices of traded marketplace lenders suffering.

A canvass of websites of likely commentators on the Treasury report revealed comparatively light response. For example, a new association of such creditors, the Marketplace Lending Association, launched recently by Lending Club, Funding Circle, and Prosper, carried no comment about the long-awaited report.

Another organization, the Online Lenders Alliance, noted that the report confirmed the strong demand among consumers and businesses for online credit.

“What we need is a new way of looking at how financial products are delivered in the 21st century,” said Lisa McGreevy, president and CEO of the group. “OLA is committed to fostering new and innovative ways to ensure that consumers and businesses can access the responsible, fast, and convenient online loans. The Treasury report provides a framework for the government and online lending companies to work together to help expand online access for consumers and business customers.”

The American Bankers Association was alone among major banking associations to comment the same day about the report. (Other groups, including the Independent Community Bankers of America, had submitted comments during the Treasury’s process of gathering industry input, though thus far not in reaction to the report.)

“A policy ecosystem that supports innovation both inside and outside banks is wholeheartedly supported by the banking industry,” ABA said.

ABA resisted suggestions in the Treasury report that more legislation might be necessary.

“While there is much to support in Treasury’s recommendations, enacting more laws is not one of them,” said Rob Nichols, ABA president and CEO. “There are numerous laws today that ensure small business loans are made responsibly. What is needed is proactive oversight to ensure that rules are followed and borrowers are treated fairly regardless of the provider. Banks already have a culture of compliance and strong regulatory oversight which should be emulated by all credit providers.”