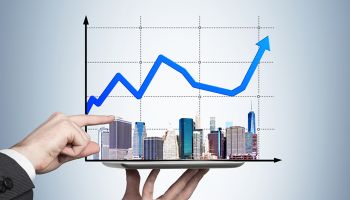 Regulators' focus on commercial real estate concentrations just might encourage some banks to raise capital, and reward others with more attractive rates on newly originated credits.

The regulatory community stated in December 2015 that they planned to pay "special attention" to banks with higher commercial real estate concentrations, reminding institutions of guidance issued in 2006. Regulators warned late in 2015 that they are taking a harder stance on concentrations due to concerns about credit risk building in the industry.

Suffolk said that it satisfied the higher capital ratios at March 31, though it could not guarantee that it would going forward. Suffolk further noted that it has seen worrisome signs of markets becoming overheated and stopped accepting new applications for multifamily loans in New York City several weeks ago. Suffolk said it is working to target growth in non-CRE loans, while exploring options to ensure that it remains compliant with the higher capital requirements, including possible sales of securities and multifamily loans.

Around the same time, First of Long Island Corp. disclosed that regulators' increased concern about commercial real estate concentrations was among the challenges it faces. Like Suffolk, First of Long Island had a CRE concentration exceeding 300% of risk-adjusted capital and had reported CRE growth in excess of 50% over the past 36 months. Shortly after reporting earnings, the company announced a common equity capital raise, and said the proceeds would be used for general corporate purposes, including organic growth and possible acquisitions of branches or fee-based businesses.

Banks operating above CRE concentrations highlighted in the regulatory guidance might have to take actions to bolster their balance sheets. Operating above the stated CRE concentrations, however, will not necessarily require an institution to raise more capital. Banks seem to be evaluated on a case-by-case basis, and can operate with higher concentrations as long as they demonstrate robust risk management practices, including conducting regular appraisals, analyzing borrowers' ability to repay credits, evaluating local economic conditions, and operating with enhanced reporting and systems.

BMO Capital Markets analyst Lana Chan noted that Suffolk and First of Long Island are both OCC-regulated banks, causing some investors to think that the OCC will be harder on banks than other regulators. But Chan expects regulators to align on the issue based on a recent conversation with a senior examiner at the FDIC.

"We believe, given the spirit of an inter-agency guidance, that it will be applied across all banks, no matter the primary regulator. To date, the OCC may just be ahead of the FDIC in notable examinations, but it is not necessarily the tougher regulator," the analyst wrote in a May 5 report.

A view from BankUnited

Broad application, whether it exists today or not, likely would please some banks. BankUnited Inc., which is approaching the 300% CRE concentration level as it grows, noted during its first-quarter earnings conference call that other banks not regulated by the OCC operate with far higher CRE concentrations. BankUnited COO Rajinder Singh said the company speaks with the OCC regularly about the issue, and believes all the other agencies will take a similar approach to the 300% guidance.

"This guidance has been out from the OCC for probably 10 years, if not more, so it's been around for a long time. But in the last year or so, we've been hearing more that there's more dialogue between the various agencies to get to the same place of 300%. So, hopefully over the next few quarters, we'll see that," Singh said on the call, according to the transcript.

BankUnited said during the call that it is "working furiously" to develop and implement the proper risk framework to move the 300% concentration level.

Guideline, not a rule

Other bankers have noted that there is no prohibition on growing CRE balances above the regulatory guidance as long as the institution can clearly show that it understands the risk in its loan portfolio.

Renasant Corp. executives noted May 3 at the Gulf South Conference that no matter the institution's concentration limits, the important part is understanding what lies its loan portfolio and markets. They said that any bank moving above the thresholds laid out in the guidance clearly will receive more attention from regulators. Renasant CFO Kevin Chapman noted that the company was pleased that regulators were putting CRE risks under the spotlight because it had seen asset pricing inflation and less collateral in deals.

Other bankers at the Gulf South event also applauded the heightened regulatory focus on CRE loans, and noted that the new regulatory treatment of certain CRE loans deemed high-volatility commercial real estate is actually giving them a competitive advantage.

The high-volatility commercial real estate or HVCRE classification was introduced in the Basel III rules and became effective Jan. 1, 2015. The rule states that to be exempt from the designation borrowers who originate commercial acquisition, development and construction loans much meet a 15% equity requirement, and the leverage on such loans cannot exceed a loan-to-value of 80%. If those conditions are not met, qualifying loans will be subject to a 150% risk weight requirement, well above the 100% risk-weight under the previous requirement.

"A little bit better playing in the sandbox since that came out," Harton said at the conference.

Renasant executives said at the Gulf South event that the market is now recognizing any credit classified as HVCRE needs to be priced accordingly. Some deals in the company's market that would qualify as HVCRE were recently priced at premiums to other CRE loans in its portfolio, they said.

Home BancShares Inc. Chairman John Allison told a similar story, noting that some customers that previously received a loan at 5% now will be charged 7.5% to 8% to account for the higher risk-weighting of the credit. Allison believes the regulation has leveled the playing field and is a positive for the banking industry, stating that it will "change the world."

Any opinions expressed in this piece are those of the authors and do not necessarily represent the views of S&P Global Market Intelligence. Follow on Twitter @NWStovall