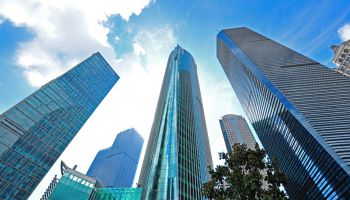 Regulatory relief for community banks appears to be on the way, and the changes will likely make commercial real estate lending easier.

Banking regulators on March 21 issued a joint report to Congress on their efforts to reduce regulatory burden. Most notably, the report stated that regulators were considering changes to the capital treatment of risky commercial real estate, mortgage servicing assets and certain deferred tax assets.

The sprawling 430-page report was issued jointly by the main banking regulators: the Federal Reserve, the Office of the Comptroller of the Currency, the Federal Deposit Insurance Corp., and the National Credit Union Administration. The report was completed under the Economic Growth and Regulatory Paperwork Reduction Act, a 1996 law that requires regulators review potentially burdensome regulation every 10 years.

[Editor’s note: The regulators’ web page for this report also states: “The National Credit Union Administration conducted a review of its regulations at the same time and in a manner consistent with the EGRPRA review. The results of its review are included in the Report to Congress. The Consumer Financial Protection Bureau is required to review its significant regulations and publish a report of its review five years after the regulations take effect, in a process separate from EGRPRA.”]

On capital treatment, the report noted that agencies are considering amendments for community banks that would replace the existing framework's treatment of high-volatility commercial real estate, a classification that requires a capital weighting of 150%. Regulators indicated the replacement would be "a more straightforward treatment" focused on acquisition, development, or construction loans.

On appraisals, regulators said they are working on a proposal to increase the threshold for commercial real estate loans to $400,000 from $250,000. That proposal will include an information-gathering directive on potentially raising the $1 million threshold for real estate-secured business loans.

And regulators want to make appraisals easier for rural properties. A regulatory committee is allowed to issue temporary waivers for appraisal requirements in rural areas under certain conditions, and regulators pledged to work with the committee to streamline the waiver process.

All of the proposals still need to be issued by regulatory agencies and then will be subject to the regular notice-and-comment periods.