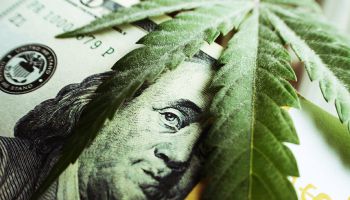 Recreational marijuana use was approved by the voters here in Colorado in November 2012 and became legal on Jan. 1, 2014.

I wish that just one day or even one daily newscast would go by without a story about marijuana. It seems to come up all the time. I recently reconnected with a friend from grade school in New Jersey, and, wouldn’t you know it, she has a son who lives here in Colorado who is in the recreational marijuana business.

Now, everyone is talking about what the new Trump administration might do at the federal level, since Attorney General Sessions has expressed his opposition to marijuana legalization. Everyone wonders whether that could impact states like Colorado.

When recreational marijuana first became legal in Colorado, banks and other financial institutions were wary about doing business with marijuana-related businesses.

The Justice Department issued the “Cole memo.” That document described the federal government’s position that marijuana is a dangerous and illegal drug, but that enforcement priorities were going to be applied to the prevention of criminal activities and the movement of the drug into states where it is not legalized.

Things have been changing here. Gradually, the marijuana industry is starting to greater receptivity to their businesses among Colorado financial institutions

Much of that has to do with the fact that it has grown so huge.

If the institution was doing business with a marijuana-related business, then it also needed to have additional monitoring and controls and in place to ensure that there was no illegal or suspicious activity in connection with the account(s). The relationship had to be handled almost the same as a marijuana business.

How do you identify every possible marijuana-related business?

It’s getting harder to find a business that isn’t a marijuana-related business.

Currently there are at least four financial institutions in Colorado that are willing to accept marijuana businesses as customers. Other institutions refer inquiring customers to these institutions and word of mouth in the marijuana industry has spread about these institutions. They have built the infrastructure necessary to manage the cash volumes and extra monitoring that is necessary for the higher-risk activity.

Further evolution is occurring, however.

More and more banks and other financial institutions are relaxing their restrictions on banking marijuana-related businesses. Mainly because there are so many and it’s so difficult to completely eliminate them from the bank’s portfolio. Banks are more willing to accept a customer that is somehow related to the marijuana industry, such as a company that provides marketing services exclusively to marijuana dispensaries, or an entity that owns numerous real estate properties, including one marijuana grow facility.

Colorado banks are seeing fewer instances of businesses trying to sneak in disguised as some other type of business using a business name that doesn’t reveal that it is marijuana-related. This used to be a regular practice. But, now that there are some options for them via financial institutions willing to take them as customers, so there isn’t a need for this kind of trickery.

Gradually, banking these kinds of businesses is becoming a matter of marketplace forces. The need for fraud and deception is decreasing, along with the danger of having to operate in a cash-only environment as more financial institutions mainstream these companies.

More in this category: « Regulatory relief: When the pendulum swings ... Is climate change risk on your bank’s radar? »
back to top