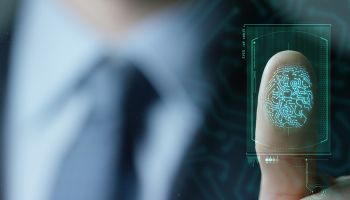 If asked right now, how would you conclusively prove that you are who you say—and think—you are?

"License and registration please.” In the United States, we take the ability to prove who we are as routinely as that law enforcement request is uttered. From birth, we have a Social Security number and a birth certificate.

So remarkable is falling into the cracks in this country that Radiolab did a podcast last year titled “The Girl Who Doesn’t Exist,” which covered the struggles of a young Texan born at home and homeschooled who officially doesn’t exist.

Much as bankers complain about the compliance burden of anti-money laundering regulation, the know-your-customer regime demonstrates how well identity can be administered in the United States, says Travis Jarae, CEO at One World Identity (OWI), a consulting and conference firm dedicated to identification issues.

Jarae says anyone who meets U.S. identification standards can pretty much bank anywhere in the world.

“How do we get other people to that point?” asks Jarae.

This is a larger matter than many Americans may appreciate. The World Bank states that one in six people in the world—many in Africa and Asia—cannot prove who they are. That’s about 1.1 billion who have no formal identity.

Anonymity creates difficulties in opening a bank account or accessing credit. An array of life connections hinges on being “somebody.” So integral is identification that providing it for all, from birth, is among the many goals outlined in the United Nations’ 2030 Agenda for Sustainable Development.

This challenge of identity has grown larger still in our increasingly digital age. Prior to cofounding OWI a little over a year ago, Jarae, who started in compliance at Citibank, headed up a team in Google’s innovation lab, Area 120. His job was to help Google identify “the next billion users.” For a firm that rules vast parts of the internet, identification is critical.

An old meme of the web can be expressed freshly as, “Nobody on the internet knows you are a dog pretending to be a friend,” says Jarae. “But the problem hasn’t been solved yet—a universal set of identity standards that can be built upon.”

Jarae says that identification can be broken into four key components.

• First is creation—typically through some state-provided scheme, such as Social Security or tax identification numbers.

• Second is verification or associating identity data with a specific individual.

• Third is authentication or matching the individual to a trusted database to prove he is who he says he is.

• And there is authorization—what the identification system enables the proper individual to use or do.

Creating a system permitting the unidentified to be identified and given the ability to identify themselves has been attempted and solved here and there.

Jarae points to the Indian Aadhaar system, introduced in 2016 and administered by the Unique Identification Authority of India, as an example. “Aadhaar” has various translations, including “base” or “foundation.”

The voluntary system uses a combination of demographic and biometric data—including fingerprints, iris scans, and a facial photograph—to generate a 12-digit number that becomes an identification. IDs created in this way can be verified online. Among the goals of the program is promotion of financial inclusion.

Jarae’s group monitors a growing list of identification issues, outlined in an OWI blog. Many of these are being tackled by various fintech players. They range from physical biometrics and behaviorial biometrics—what you are to how you act—to marriages of social media and traditional data sources to turn “anonymous [website] visitors into known customers.” Fraud prevention and ID protection also are facets of this ID world.

Mobile devices have introduced a new wrinkle. Jarae points out that people are more apt to have a mobile phone today than they are to have a bank account. Can that device become a basis for identification?

Perhaps, but, Jarae asks, how secure can that be made? Jarae says the device as ID could come as more technology is applied, such as using machine learning to figure out how to use geolocation as part of proving who someone is—e.g., “Does it make sense that my phone is in Chicago today?”

The ID conversation is fluid and influenced by technological developments, societal change, and, not surprisingly, politics. Jarae says he frequently worked with Obama administration officials, who saw ID issues more as World Bank and U.N. initiatives. He says the Trump administration tends to view ID issues through a security lens.

“It’s the other side of the coin,” Jarae says.

OWI is creating a series of working groups within fintech players’ leadership ranks. Jarae hopes the end product can be a technology solution for identification that can be built upon.