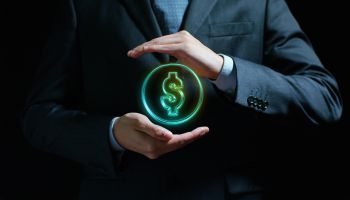 Inertia has at times been the banker’s friend. On the retail side, a bank generally had to get customers pretty angry before they’d decide to move their accounts elsewhere. And on the business banking side, sheer volume and complexity multiplied that stickiness.

Not that business customers, even larger corporate customers, don’t become aggravated with their banks from time to time. “A credit line gets pulled or they’re denied credit or they find they are paying too much for a service,” says Alenka Grealish, senior analyst, corporate banking, at Celent. For corporations, there’s a lot to be unplugged and replugged before they’ll move.

And for small businesses, Grealish adds, inertia often comes down to time. “It’s partly due to the fact that financial management is something they do after hours.”

“It takes effort to unplug from your bank, so you have to be pretty upset,” says Grealish.

Yet moving from one provider to another has become easier with increased automation of business services. “It’s much easier for companies to push their data or have banks pull their data to open a product relationship or onboard them to a new bank,” says Grealish. How much of that has happened thus far is hard to peg, she says. Onboarding can still be pretty painful, she adds, in part because of heightened know your customer requirements, among other factors.

“I’ve been covering this area for several decades,” says Grealish, “and I think there is still a lot of inertia.” However, Grealish believes that the corporate banking business is undergoing its own share of the disruption that has been upsetting consumer banking for some years now.

Indeed, it looks like the winners will be those banks that break inertia themselves.

Stand by for transformation

In a recent report, Top Trends In Corporate Banking 2017-2018: From Disruption To Transformation, Grealish notes that both large digital providers and fintech firms have been attracted to corporate banking.

To be competitive in this field today, Grealish believes, corporate banking divisions need to become what she calls a “Day 1 company.” This amounts to taking a fresh look at everything provided to companies and how it is provided. Three factors she cites are integration of corporate banking tech infrastructure; digitization; and open banking and partnerships.

Nonbank players have begun bringing to business banking the kind of fresh thinking that disruption has been bringing to retail banking.

“Their ultimate goal is to differentiate based on customer as well as employee experience,” wrote Grealish. “Their mantra is easier and faster to do business with them (e.g., customer onboarding, self-service, digitization of manual processes) and easier and faster to innovate and harness emerging technology (e.g., AI, robotics, blockchain).”

Grealish considers Wells Fargo to be “an exemplar on the commercial side,” in terms of innovation and willingness to think and act more like a fintech than like a bank. She says that the company’s Commercial Electronic Office (CEO) product line serves as a good example of the mental switch. For some time, she explains, Wells Fargo has been making quarterly updates to CEO.

“That is a very condensed time cycle,” Grealish explains. Historically technological change doesn’t happen that quickly in corporate banking. She points out that ACH service has been around for decades and only now is moving into real-time service.

Increasingly, the barometer for a company evaluating a corporate bank’s tech sophistication will be the bank’s mobile app and its online offerings, says Grealish.

“You can download the mobile app, and while you won’t get very far [without opening an account] you’ll be able to get a sense,” says Grealish.

Only those companies that are highly cash dependent will be paying that much attention to geography, in that they will need ready access to branches.

Banking Exchange: In your report you recommend that corporate banks need to rethink the “walled garden” approach, where all products and services come from within the bank’s garden. Can you explain what you mean? .

Grealish: It’s much like the Apple philosophy versus the Google philosophy. Apple is the walled garden and Google is the open evangelist.

Google wants you to get everything free, because it has alternative revenue sources. With Google it is all about being open and maximizing activity.

Apple wants you to pay. Apple is all about keeping you within the walled garden, where it shares revenue with those players that it lets within their walled garden.

You hear the term more in Europe right now around the open banking discussion. Open banking is all about going outside of your firewalls and offering banking as a platform. In Europe, for example, you have Fidor Bank, which allows non-Fidor apps onto its platform.

Over here in the U.S., on the other hand, there’s been more of a subtle pressure. That push has the likes of Wells and Chase whipping APIs into their offerings.

Banking Exchange: In your report, you discuss nurturing innovation in corporate banking by supporting fintech-like teams that are allowed to experiment.. How much of that is going on in U.S. banking now?

Grealish: Just by virtue of scale you’re going see most of this at the top, the largest players, unless you have a CEO who is very digitally driven. It takes flexibility and it takes money. You have to hire customer experience people. You have to hire data scientists. And you have to sell those people on joining a bank.

Two standouts that are not in the top five, for me, are Capital One and Eastern Bank. Capitol One has hired people from Yahoo and elsewhere, for example. Eastern Bank created a lab that has since been spun off, to become Numerated.

In some cases the fintech approach would be seen in select areas, such as small business credit underwriting. Blockchain is another area where I’ve seen this strategy effectively applied.

The idea is to have a project that you can get your arms around.

Banking Exchange: I’ve been covering this field for some years. There’s always a struggle to discern which new developments are for real, and which are merely interesting. How do you differentiate between them?

Grealish: I call that the “shiny object.” Blockchain is a great example of that kind of thing.

Initially it was just about bitcoin. There was the concept of the decentralized approach, the distributed ledger technology. But the question was, how do you apply it?

But then when blockchain met financial services, it morphed into something that can be applied. It’s not just for disruption, but actually for solutions, now. In blockchain, we are seeing clear pain points, clear solutions. Things still get messy, but it’s about governance structure, not the technology.

Banking Exchange: How far off do you think we are from blockchain as a mainstream business banking tool?

Grealish: We’re already seeing test transactions moving interbank. I think that will grow over the next five years. When it comes to corporate use of the technology, for payments, for example, I expect that it will be beyond five years.

There are a lot of blockchain islands out there. But many of these involve private networks and private doesn’t scale, right?

Among the uses where scale will come is cross-border payments. That’s an example of where there would be a concentration of providers and they can obtain critical mass. It’s a better mousetrap and so we’ll see gradual uptake. But to have it come for corporate payments in general will take some time.