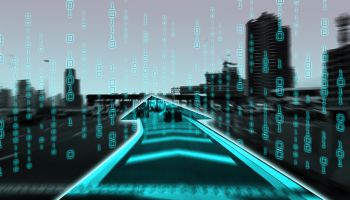 Banking's digital path promises to move rapidly, but the human factor will be a key element of the business for years to come, predicts SunTrust head of consumer digital.

To those who see digital innovation taking over the consumer banking connection imminently, Anoop Warrier counsels patience and a dose of reality. “In the near term, and immediately over the horizon, I still see a role for the human banker,” says Warrier.

What makes this especially interesting is that Warrier is SunTrust’s head of consumer digital. He joined the Atlanta-based bank in March, after years in digital and e-commerce positions with USAA, Bank of America, Wells Fargo, and GE Mortgage Insurance. He’s a believer, but one with a perspective on the interplay between bank technology, consumer comfort levels, and the financial services industry’s functioning under a broad regulatory umbrella.

Banks and the Amazon experience

Many point to the Amazon experience as something that banks should strive to emulate. Warrier doesn’t disagree with the destination, but adds some practical observations on that goal.

One point regards the perception that buying decisions on Amazon are driven solely by what’s on the screen. “Yes, people will go through the customer reviews of products on Amazon,” says Warrier, “but they will also ask their friends for input.”

Innovators must remember that financial services decisions aren’t just about cool technology, but also about trust, says Warrier. People still like to seek the advice of family and friends when making financial choices.

Regarding trust, he draws a parallel with all the anticipation around autonomous vehicles, self-driving cars that will let us relax or snooze while the car takes us where we want to go. Yes, the technology fast approaches that will make that possible, but he believes that’s a long way from everyone trusting their lives to an autonomous car.

“It’s going to take a while for that to scale,” says Warrier.

Another element of Amazon is “one-click” purchasing, a streamlined way to buy things quickly. For buying books, laundry detergent, and much more, that’s something consumers have grown very accustomed to.

“One-click doesn’t really play in the financial world,” says Warrier, “for all the right reasons.”

Financial services signups require a degree of information, disclosure, and client consent that doesn’t work with a one-click approach, according to Warrier. Downloading a movie isn’t the same as opening a retirement account.

Most discussions of the banking omnichannel recognize that enrollments frequently involve multiple channels, based on both customer convenience and the need to ask questions, including talking to bankers.

For some time to come, says Warrier, “the human factor will still be impactful and compelling. Technology will complement humans.”

There’s much talk about chatbots replacing humans, especially for routine matters, but true human conversation has not yet been replicated. By that Warrier doesn’t mean responsive chatbots that can parse a question and deliver an answer, but the art and skill of listening.

It’s a matter of human complexity, to Warrier. To illustrate this, Warrier suggests thinking of a typical call regarding a lost or stolen card. By itself, that is something that a chatbot can handle in a relatively streamlined fashion.

But let’s say that when a consumer calls, a baby is crying in the background.

“Nothing happens with a chatbot in that case,” say Warrier, “because a kid crying would not be recognized by a chatbot.” To the bot, that would just be background noise, not data that it could act on. A chatbot, behind the scenes, is working its way through decision trees, and a crying child doesn’t mean anything, even though a chatbot can jump from tree to tree when presented with data it comprehends.

A human would hear the crying, and recognize it as such. This might prompt a question to the caller. That could lead to another conversation that might lead to bringing up a financial service that a customer with a family might be interested in. The human can take the cue and act on it. Not so the robot.

Someday, the technology will recognize that sound and be capable of taking appropriate action.

“And that is going to be a beautiful thing,” says Warrier.

Warrier speaks at times of an 80% threshold. That is, when 80% of bank customers feel comfortable with transactions handled solely through a digital interface, that will make that technology mainstream.

He sees this milestone coming closer over the next 15 years. That may seem like a long time, but he says it reflects generational comfort with technology. Banks still have plenty of customers who prefer the human touch.

However, Warrier notes that millennials have grown up in the digital age and have increasing preference for digital. They will grow more and more used to conducting their financial affairs digitally.

In 15 years, he continues, the oldest millennials will be in their early 50s. “The adoption will be there because they will have lived through the transition,” says Warrier.

A decade and a half sounds like a very long time. But consider that the first iPhones came out in 2007. The whirlwind way that iPhones and other smart devices have changed society in a comparative blink make 15 years sound like tomorrow.

Warrier believes it is critical to realize that two types of clients come to banks. Those who know exactly what they want will readily take the fastest path to getting it, and digital lends itself to that segment today.

But not every consumer comes to the bank knowing exactly what products and services will meet a perceived need they have.

Even as more and more banks offer online applications for loans and other services, the industry continues to face the issue of abandonment—customers starting on an application but dropping out because of confusion, questions, or frustration. Sometimes abandonment occurs because the consumer realizes, partway through the online process, that they aren’t really ready to take this step, or that they must gather more required information.

Indeed, Warrier says SunTrust finds that the most frequent dropout point is when the consumer accidentally lands in the application process. Unintentional though that may be, he says the bank still counts it as an abandonment. Somehow the bank’s systems permitted the customer to blunder through that door.

One tool that SunTrust has implemented to help customers navigate online applications is “bubbles.” These are popup explanations of terms that are in the moment. Mousing over an onscreen term will bring up a succinct explanation.

This is similar to an Amazon feature in many of its videos called “X-Ray.” This service allows the viewer to access information about the actors in a scene, for example, merely by touching the screen of their smart device. Who is that actor? What else have they done? X-Ray pulls in information from the Internet Movie Database instantly.

“We have tools today that help us understand how clients are walking through every field in an application,” says Warrier. This enables SunTrust to see what works and what doesn’t.

Where video does and doesn’t work

Videos can be a powerful tool for helping consumers to understand bank products and services, but they work better in some parts of the process than others, in Warrier’s experience.

For this reason he rejects a concept that’s come up that instead of presenting customers with traditional compliance disclosures, that they be delivered by in-the-moment videos.

“Videos are great once the customer finishes the application,” says Warrier. “They can show them the next steps in the process.” Similarly, they can be helpful in the onboarding process before the customer has started an application.

What worries a digital manager

When asked what keeps him up at night, Warrier ponders the question. One thing that doesn’t worry him, he answers first, is that SunTrust understands that digital banking is not just about selling the most widgets. Maintaining consumer trust ranks highly with Warrier, and he believes the bank’s culture fits with this aim.

But what does concern Warrier is the need for his operation to work fast enough for today’s pace.

“Nimbleness is what I worry about,” he says. “I also worry about speed to market.”

He believes the bank has to work on that—six months from conception to delivery of a new product is too long. Warrier says that since his arrival he has tasked several groups to deliver projects in less than eight weeks.

Getting new digital approaches built and out of testing quickly is important “We don’t do that well enough yet,” he explains.

Focus is critical, in recognition that this is a very competitive industry.

“My biggest concern,” says Warrier, “is that a lot of good ideas that are born will never make it into the market because of all of a bank’s other priorities.”