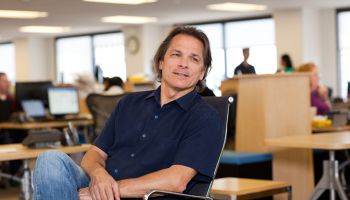 Some technologies—blockchain is the latest—can suffer from too much hype early on, says Well’s Steve Ellis.

One of the hallmarks of innovation in financial services is speed. Bankers in this space often speak of the need for agility. They frequently say banks must break the mold of waiting until everything is perfect before trying something—“fast fail” is a popular phrase. Try it fast—and fix it if you have to.

So Steve Ellis, head of the Wells Fargo Innovation Group, surprisingly says that this doesn’t always work. Sometimes living at the speed of the hype cycle doesn’t produce the best results.

“You have to let some of the new technologies breathe a little bit,” says Ellis. Sometimes, he believes, a slower start can help a new technology grow into itself. Rushing the process can lead to a premature death, especially if the infrastructure demanded for success isn’t there. In some ways the early development of the web by banks fits this scenario, he says.

Sometimes the technology and support is there, but business people or consumers aren’t quite ready to adopt it, Ellis continues.

Ellis was interviewed during the Money 20/20 conference in Las Vegas just before engaging in an on-stage debate with Brett King, banking futurist, founder of Moven, and broadcaster on Breaking Banks. Ellis’ role was to defend the banking industry’s role in innovation, while King’s premise was that banks would be eclipsed somewhat by fintechs and other companies.

What brought up Ellis’ remarks about letting innovation breathe was his admission that he isn’t joining the blockchain bandwagon.

“I’m kind of a blockchain skeptic,” says Ellis. He says there are some natural applications for the technology, particularly in trade finance and various forms of settlement. But though he is a big believer in fintech—he originated the Wells Fargo Startup Accelerator program a few years ago to help along promising young fintech companies—Ellis says the hype wave that blockchain has ridden leaves him mostly unimpressed.

“I’ve never had a consumer tell me how important blockchain or bitcoin has been to them,” says Ellis.

Frankly, he says, “distributed ledger technology”—the key element behind blockchain tech—“got hyped too much at the beginning.” He believes that critical breathing time wasn’t given to the young, and potentially important, concept.

Ellis is especially negative on bitcoin and other cryptocurrencies. He basically doesn’t see the point.

“If I thought cryptocurrencies were a good idea, I probably wouldn’t be a blockchain skeptic,” Ellis explains. “What new kind of value do we get from cryptocurrency?”

To blockchain purists, who have been known to predict the end of much of finance and banking as we know it, Ellis’ irreverence toward their irreverence may be chalk on glass. But while Ellis has made a career of reinvention at Wells, he tends to ground his own irreverence in what technologies he really sees as working in a banking environment.

“There are 100 really good ideas out there you could pursue,” says Ellis. “We don’t have time to pursue them all. What you have to do is decide which are the five or six that are worth pursuing.”

“You have to be looking at the horizon more than ever before, now,” says Ellis. “If you do that, you will have to course correct a lot. But it’s rare that you have to make a 180.”

Unlike some other innovation chiefs who say that at the end of the day that they work in banking or the securities business, and thus don’t fret much about developing new approaches that can be patented, Ellis is a big believer in ideas. And when appropriate, he believes in safeguarding “IP”—intellectual property.

“IP is very important,” says Ellis, and ultimately a matter of protecting your bank, he says, because a new idea can put your organization ahead for a time. Ellis says Wells has an IP function to help with this often-legalistic challenge.

“It’s way more important than it used to be,” says Ellis.

While innovation is critical to the industry, and while tech innovation has remade the U.S. economy in many ways, Ellis resists the notion that individuals are responsible for major movements of the needle.

He pulls out his mobile phone and talks about people who are identified with its debut. They didn’t do it alone, he says, and they couldn’t have done what they did had many other inventions not been made beforehand. Ellis sees progress as very much a cumulative process.

As tied in to innovation as Ellis himself is, he seeks answers from others who understand a need better than he does. “You have to start with the customer,” he says, fulfilling a need with a new idea, rather than trying to get customers to adopt a new idea, most typically.

In part for that reason, Ellis considers recruitment of young talent important for the bank’s future, but not just for the reasons other organizations think of.

Take student loans and the many difficulties young people face because of them. Ellis says he can’t identify with those troubles personally, so he needs to have people in his shop who know what the issues are.

“Some of the best people I ever worked with never went to college,” says Ellis.

So what does he want to see in candidates?

“I want people with passion,” he says.

And Ellis resists implications that banks are technological plodders. A good deal of payment progress was made by the industry long before “fintech” was a word, and much of the progress made today hinges on banks.

When you cut through all the rhetoric about open banking and PSD2 in Europe—the Revised Payments Services Directive”—what you are left with is money.

In Europe and the U.K., by government fiat it has been made clear that data belongs to the customer. Under those blueprints, banks will have to cooperate with any third party to whom a consumer grants permission to access their financial data from their provider.

Generally, Ellis agrees with the premise behind that. “It’s your customer’s data, not yours,” he says.

Other than a preliminary take on data access recently released by the Consumer Financial Protection Bureau, American regulators have mostly aired the issues on data access.

“The banking industry tends to be a little more reactive than proactive on some things,” says Ellis, and he believes that bankers should be leading the way on data privacy issues

“Banks worry about being forced to do something,” he says. But that shouldn’t be an issue if a bank has been doing right by its customers in the first place, he adds.

All parties must realize that “the consumer” actually consists of multiple types of people, all with differing attitudes on privacy of financial data.

Ellis’ father very much wants his data kept confidential. His kids, Ellis shrugs, don’t seem to care much. As for himself, he’s not a big one for sharing, “because I don’t like to be peppered with a lot of things.”

Ellis admits to being a bit paranoid about too much being known about himself, but he says some battles are already over. One such is geolocation data.

He gestures towards his smart phone, and, sitting in the Money 20/20 Wells Fargo Café, makes a sweeping gesture to the seated conference attendees, all well connected—mobilely.

He says that he guarantees that the world knows we are all here in Las Vegas.

At Money 20/20, saying that there is still utility in a physical bank branch sets you apart from 95% of the web-based, app-based crowd. There are people at 20/20 who won’t even accept a traditional business card, preferring to connect on LinkedIn or some other digital channel. To them, that’s where life happens.

Ellis finds talk of the demise of branches somewhat funny. Again, his touchstone is customer need.

Yes, someday there will be no branches, he says. “But that will only be when people don’t want to use them,” he continues. Right now, consumers are voting on the branch debate with their feet, quite literally.

The trend towards fewer and fewer branches is certainly there, and Wells knows that. Ellis points to the fact that Wells customers interact with the bank via mobile devices, on average, 17 times a month.

And that’s many more times than a customer would visit a branch, right? offers an interviewer.

Maybe not, says Ellis. Small business customers may need to go to branches fairly frequently, still, depending on the nature of their business. Again, says Ellis, look to the customer.