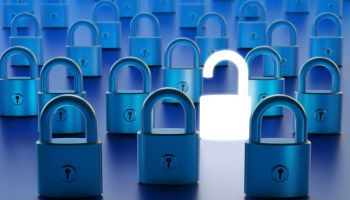 Accenture's Alan McIntyre discusses what possibilities open banking will unlock in the U.S.

In an age when one term can mean different things even to bankers in the same part of the business, “open banking” contains a fair amount of stretch.

“Open banking is one of the most elastic terms in banking today,” says Alan McIntyre, a senior managing director at Accenture and head of the firm’s banking practice.

However, when you look at the term in relation to its impact, McIntyre says he believes the meaning is quite clear: the breaking up of traditional banking.

“Breakup” here in the sense of rearranging the furniture. McIntyre actually likes to call open banking a “democratization” of finance.

“Plug and play” for your money

“Open banking is going to mean banks in the U.S. will make their services available on other platforms, and provide services from other platforms on their platforms,” predicts McIntyre. He likes to use the term “plug and play,” referring to consumers’ coming ability to put together the combinations of services and capabilities that they would like to have.

While this democratization should be good for consumers, McIntyre suggests in an interview with Banking Exchange that those banks that adopt the practice could make doing business with them more attractive. Thus it would be a competitive advantage. Doing so would be “almost an app store” for financial services under the bank’s own umbrella.

The source of the “apps” would vary. Among them are fintechs, retailers, traditional financial services technology providers, and even some traditional banking companies, in a sense. McIntyre pointed to CBW Bank, in Weir, Kan., which offers hundreds of application programming interfaces that a bank can add to its platform. (CBW is affiliated with Yantra Financial Technologies. See “Time to fix banking’s plumbing” )

Bit of a paradox

McIntyre, in the interview, portrays a state of affairs that is somewhat paradoxical.

In the European Community, open banking derives from regulatory order. In January, the Revised Payments Service Directive (PSD2) becomes effective. This ushers in an era where a consumer’s financial data belongs to them and they can allow third parties to access it. Similar rules go into effect in the U.K., applicable in January to the nine largest banks there.

“The rationale is that the customer owns the data,” says McIntyre. “All of that is regulatorily driven.”

In the U.S., no such regulatory mandate exists. Those banks that have ventured into open banking have done so with the goal of working better with outside developers. McIntyre says BBVA and Capitol One are among these players. But he adds that some U.S. banks have preferred to sit on the sidelines.

The paradox lies in attitude. McIntyre says that banks in Europe and the U.K. regard this compliance issue as an opportunity to make some money, ultimately. By contrast, he says, while U.S. institutions see open banking as a competitive issue, many see their potential responses as defensive moves, not offensive plays.

In a recent survey by Accenture, numerous large U.S. banks said that they plan to make major investments in open banking by 2020. Two-thirds said they must, to compete with fintechs and tech giants like Google, and about half of the large U.S. banks believe they will be forced to do so to remain competitive with other traditional banks.

Reflecting the cultures and histories of their nations, the institutions in Europe and the U.K. remain concerned about privacy issues, adds McIntyre. By contrast, he says U.S. banks are less concerned about this issue at present.

Consumer side of the question

There are questions to be answered as this trend moves forward in this country. One is where the tradeoff will settle out for consumers, in terms of what they will give up versus what they will get, when dealing with third parties and “platformed” banks.

McIntyre thinks each customer will have to decide what a given advantage is worth. He points to GPS-based apps like Waze as one example. Yes, one can insist on locational privacy. “But if the app doesn’t know where you are,” says McIntyre, “it can’t help you.”

McIntyre suggests the choice is much like that where consumers agree to the installation of monitoring equipment—commonly called “telematics”—on their vehicles. In exchange for the technology reporting on their driving habits, they can potentially obtain discounts on auto insurance, for example.

In banking, McIntyre says some consumers will resist the involvement of third parties.

“There will be people who choose to go dark,” he says. “But they won’t get any customized information.”

There is always the potential for abuse. “If that arises,” says McIntyre, “people will stop sharing their data.”