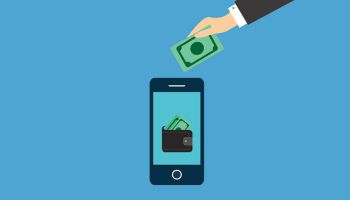 Has a credit union figured out one way to put depository institutions back into the small-dollar-loan game?

Ben Morales says that of the dozen or so sales calls he has made to community banks, the politics of the credit union industry’s tax status has not come up. He does allow that maybe it came up after he left the building, but the main reason bankers have yet to sign up for QCash, his company’s automated small-dollar lending platform, is because the bank’s officer would say, “We don’t need any additional regulatory scrutiny,” or words to that effect.

Morales, CEO of QCash Financial, a credit union service organization (CUSO) owned by WSECU (formerly Washington State Employee Credit Union), says that constraint may be lessening based on the final ruling on payday lending issued by the Consumer Financial Protection Bureau in October. Subsequent to that, says Morales, the Office of the Comptroller of the Currency retracted its own guidance on the subject. The FDIC and the Federal Reserve, however, have yet to retract or otherwise change their guidance, says Morales.

In addition, the new Comptroller, Joe Otting, said in recent remarks to reporters, that one of his priorities is to find a way to bring small-dollar lending back into the banking industry. Fintech companies could be part of the solution, he suggested. So for at least national banks, the regulatory situation has changed.

QCash—now a fully automated mobile lending technology—began life about 14 years ago in a very different form.

As Morales describes it, a WSECU teller noticed that some of the credit union’s members were regularly writing money orders to payday lenders. When the credit union explored this further, it found that “an alarming portion of the credit union’s members” were using local store-front payday lenders, according to a company document. An internal review found that members were paying fees in excess of $1 million for access to short-term cash. WSECU President Kevin Foster-Keddie assembled a team to come up with a better product to meet this need at a lower cost to members.

The QCash product was developed and succeeded in lowering borrowing cost for members with short-term needs. However, it wasn’t sustainable for the credit union, so in 2007 the institution began to analyze every aspect of the process in order to make adjustments, but without raising the cost to the members.

As Morales describes it, the QCash analysis coincided with the credit union’s efforts to ramp up innovation overall. Morales, who is also chief technology and operations officer for WSECU, says the decision was made to “build our own fintech and operate as they do.” They created a unit distinct from the parent called QCash Financial. It launched in April of 2015 with the goal of further developing the small-loan platform and selling it to other credit unions and banks.

Even before the subsidiary was launched, the adjustments made to the QCash product had brought it into the black. However, the emergence and incorporation of more advanced technology, including an automated underwriting engine (developed in-house) and a mobile delivery platform, turned the product into a money maker. According to a company document, confirmed by Morales, the WSECU QCash program today books more than 30,000 loans annually, maintains loan loss rates (static pool analysis) in the 6% to 8% range, and generates $3 million a year net profit. (By contrast, loss rates for typical credit union consumer loans, says Morales, are in the 1% to 1.5% range.)

Technology has made the difference, he says. Now that QCash is fully automated and deployed as a mobile app, traffic has shifted out of the branches and call centers. In its pitch to other institutions, the company says, “No FTEs are required.”

Morales notes that the product is offered two ways:

1. individual components that a financial institution incorporates into its systems; or

2. a standalone solution with all components integrated into one app.

He says that to get the same functionality, a consumer would need to use five to seven separate apps.

“We wanted to pull all this together into a holistic app that promotes behavior change,” says Morales. The latest version of the QCash platform, released last month, has a feature that prompts loan applicants to reach out to debt counseling experts at the financial institution.

Morales describes this digital financial consulting feature as a “speed bump.” If a customer takes out more than three small-dollar loans, for instance, the bank can intercept that with a message along these lines: “Hey, we’ve noticed you’ve spent such and such on short-term loans the last three months, would you like to chat with a financial coach to see if you can reduce that?” QCash allows for in-app chat (or a call or email) with a live coach.

Most of the credit unions QCash Financial works with use third-party nonprofit organizations for such coaching, says Morales.

As the loan-loss rates cited earlier indicate, people who need small-dollar loans still represent a high-risk category. The QCash Financial platform allows financial institutions to configure their own rates, terms and fees on the basic loan products, according to Morales. He says that the average rate being charged for the amortized loan product is 36%. With the other option—single-payment loans—the charge is $12 to $15 per $100 which translates to an APR of 68-70%. Still, compared to the open market, says Morales, these rates are much lower. The company also offers an open-end loan option.

The latest version of the QCash platform has an improved decision manager algorithm, according to a company statement. This lets financial institutions consider different indicators of ability to repay such as income and on-time payments, as well as other factors. The lenders can also perform A/B testing to determine which models perform best.

Upcoming modules, according to Morales, will include automated savings and planning/budgeting applications.