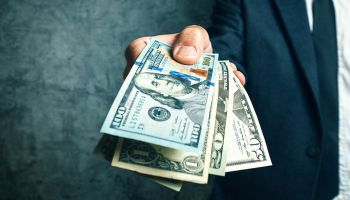 The news, often front-page material on personal misbehaviors of some senior business people, has surprised even an old-timer like me in recent months. I suppose to a considerable extent there may be nothing particularly new here. But the accumulation of headlines has caused consternation and turmoil in the minds of some experienced lenders I know. They see a marked decline in personal morality (if that’s the appropriate word) in business today.

Credit people are still taught the 5 Cs of Credit and the importance of Character as the personal trait that belongs at the head of that traditional list of credit essentials.

For many years since the collapse of Enron, I’d considered that companies’ top officers seemed to be the poster children of extreme aberrant behavior. And the wreckage that rippled out from the nucleus of its business was astounding. These things included the collapse of the very large accounting firm, Arthur Andersen, tied to alleged fraudulent presentation of Enron’s audited financial statements. These seemed like the “high water mark” of corporate greed and excess of anything most of us at the time had ever seen.

Then a couple of months ago, Harvey Weinstein’s escapades became top news. This has been followed by a barrage of firings and accusations of sexual harassment and improprieties involving famous entertainment and media personalities and politicians.

So the quick lesson for lenders (again) is that Character is uniquely important.

I’m troubled, though, by my own sense that not everyone with significant credit authority either believes or understands that in today’s circumstances.

The Enron situation and the several other large “scandals” that followed in its wake seemed to revolve around simple greed. There were huge incentives to achieve performance targets and executives and their minions responded in a variety of ways, many of which were inappropriate at the least—and illegal (and immoral) at their worst.

Harvey Weinstein’s personal misdeeds aside, there seems to be no such clear link between incentives, fraud, and large sums of money in the case of the sexual harassment and predator situations involving most of the situations we’ve become aware of so far.

Does this create different classes of perpetrators, a distinction among those misbehaviors seemingly induced by money and other sorts of activity and motivation? Does this cause us to lose focus? Or does it distort our prisms through which we see and judge the personal character of our borrowers?

Would you have dumped this borrower?

Several years ago I recall a serious conversation with the senior lender of the bank about information he spotted on the financial statement of a personal guarantor of a business debt. A well-to-do father guaranteed the low six-figure debt of his young adult daughter on an otherwise unremarkable and easy to underwrite real estate transaction.

The father’s personal information reflected a drug possession conviction, leading to several months’ jail time, some 25 or more years before. The questions raised: Is this a breach of character of a nature to render the father not creditworthy? Should it vitiate the worth of his guaranty of his daughter’s debt?

The senior lender wanted to decline the credit for the reason of the drug conviction alone. There was a lot of discussion among a few senior credit people. Ultimately we decided to make the loan. But we had to out-vote the dissenting voices within the credit committee. That was one of the few times in a long lending career that I recall a committee outcome that truly lacked a consensus on the issue of the integrity of the borrower.

Do sins of the son taint the father?

What are we to make of “gray areas” relating to personal integrity of borrowers? Is there to be no redemption of borrowers who have “paid their debts to society,” so to speak? Or would any of us, were we personal bankers to Bill O’Reilly or Matt Lauer, immediately drop either of them as a customer of our banks?

These may seem like outlandish examples and, in the way I pose the question, almost rhetorical in nature. But we run into these situations in somewhat blander forms quite often.

Many years ago as a relatively junior vice-president lender on the corporate lending platform in Miami, I banked the son of a wealthy Long Island businessman who was setting his son up in the real estate business in South Florida. The son was about 30, smart, aggressive, and hard working. The father had a substantial and relatively liquid net worth and guaranteed the son’s credit line. We took real estate mortgages on the properties the son was acquiring.

The father tasked a Miami Beach accountant whom I knew and trusted with the duty of looking after the son and teaching him the ropes in an environment new to him.

In due course, I learned that the accountant ran interference for the son in some non-business ways—such as arranging at least two abortions for young women impregnated by my young borrower.

I was not allowed to force the business out of the bank based on such indirect knowledge, although that was indeed my instinct.

But the experience also raised this question in my mind: Who was the customer? The son, whom I privately nicknamed “Nudgy”? Or the father?

Do you consider character?

Admittedly, such examples are probably relatively few and far between. But do each of us have a working definition of “good character?” What is the attitude of our banks’ committees and management on the subject?

The issue of character is becoming more important to the very essence of our business. And this comes during a time of public awareness of numerous issues of personal misbehavior by bank employees and agents. Such misbehaviors include the usual venality around abusive incentive programs but also have involved assisting customers evade federal income taxes, price fixing of rates (e.g., LIBOR), Bank Secrecy Act violations, and other truly odious types of behaviors.

I think it behooves us to develop a strong sense of our own attitudes on the subject of character and what behaviors violate our concepts of what so-called good character embraces. It would be well for our banks, too, to have thought these issues through carefully in the light of evolving circumstances.

Missteps in judging character are capable of harming personal reputations and business models. But success and sensitivity to such matters may also be a way of redeeming bankers and indeed our entire industry from the gravity of the sins of omission and commission that we’ve experienced in recent years.

More in this category: « Looking forward, looking backward Transparency is a two-way affair »
back to top