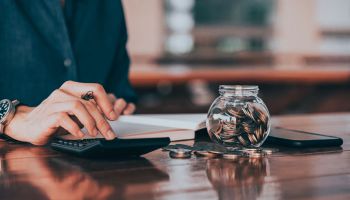 Now is the time to assess what impact the upcoming CECL rules could have on your bank's strategic plan.

Bankers have been hearing it from all sides: the upcoming Current Expected Credit Loss rules will have institution-wide impact—greater, it is claimed, than any accounting change in banking history.

Considering the breadth and depth of CECL’s impact, the transition to, implementation of, and ongoing execution of it demand oversight from the institution’s top executives, and in particular, the CFO.

“Everything else on a financial institution’s balance sheet is pretty straightforward,” offers Paula King, a 25-year banking veteran and former CFO who advises banks and credit unions on their CECL preparations as a senior advisor with MST Advisory Services. “Deposits, loans, capital—you know the rules for booking those items. But the allowance, an estimate, is subjective.”

That means judgment calls, and as the keeper of the institution’s financial health, the CFO will be making those calls.

And they will ripple all the way to the bottom line.

In anticipation of a January 2020 implementation deadline, most institutions have at least begun their CECL transitions. (January 2020 is the date for SEC filers. Later dates apply to other classes of institutions. Early adoption is permitted.)

They are compiling the data they need for CECL and finding where they have data gaps. They are looking at their pools and deciding whether adjustments to their current incurred loss allowance segments are appropriate. They are trying to figure out how they will forecast future loan performance. And some of them have reached the point of testing prospective methodologies.

“These are issues of planning and budgeting,” King says, “which require direction from the highest levels of management.”

Most subjective, King points out, is the requirement to consider “expected” credit losses. That aspect of CECL clearly calls for the CFO’s involvement.

“Because CFOs play the major role in strategic planning and long-range forecasting, they must lead the charge in deciding what is expected,” King explains, “that is, to forecast such economic factors as unemployment rates, local as well as national, and changes in the GDP, and determine how far out they can make educated guesses about how those factors will influence portfolio performance.”

CFO must be course-correcting along the way

In the transition phase, King notes, the CFO must consider how to reshuffle portfolio pools or segments.

Continuing this example, King explains that while loans to tenants might be pooled today by whether they are in malls or office buildings, under CECL they’ll require segmentation by the different risk nuances among the borrowers in each pool.

This highlights a technological challenge.

“One of the problems with core processors is that available reports don’t always provide the level of data required to segment under CECL,” King says. “The CFO needs to get the IT department to play a bigger part in the allowance than it has, to dig through the data, to explore more of the history.”

Overall, King believes that the CFO needs input from Credit, Loan Review, Loan Operations, and IT. Representatives from all those departments must understand what will be required from each on an ongoing basis to comply with the chosen CECL methodology.

As well, she adds, the CFO needs to direct the effort to make both transition and ongoing compliance as efficient as possible. That includes leveraging current allowance assets. Institutions need to adopt as much as possible from what’s being done today into the CECL model.

“Many institutions already use migration analysis and that’s going to play a big role in CECL,” according to King. “They might be able to expand on that in their conversion to CECL. Some already track risk ratings movements; they can piggyback on that or augment it for the more detailed methodology CECL will require.”

“Expected” extends beyond estimating future losses to understanding CECL’s implications for a variety of practices and policies critical to the financial management of the institution, according to Larry Sorensen, senior vice-president and CFO of $6 billion-assets Washington Trust Bank in Spokane.

Most local economies have enjoyed steady, solid growth in the wake of the so-called Great Recession. Sorensen warns that institutions must be wary of not-so-rosy economic times, and consider the impact of CECL given the inevitable: an economic downturn.

“The current accounting standard is flawed. It tends to drive ALLL levels lower through an economic expansion until a recession hits,” Sorensen explains. “Just when you need a robust ALLL, you don’t have it.”

CECL tries to remedy this flaw, he continues. However, in disconnecting expense from revenue—and front-loading expense—he says the coming accounting shift will increase the volatility of capital and financial performance.

Sorensen acknowledges that the Financial Accounting Standards Board (FASB) believes that adoption of CECL can prevent another financial crisis by having banks prepared in advance.

Sorensen says that the CFO’s job will thus grow more complicated. This officer’s responsibility is to manage the financial affairs of the bank across the entire economic cycle.

“With recognition of an impending credit wave, loss expectations will increase and the provision expense will be accelerated and concentrated into fewer reporting periods,” according to Sorensen. “A negative forecast will require you to recognize the provision expenses for losses for years down the road, but without the revenue to cover the expense.”

And this could impact decision making.

“With capital levels under pressure,” Sorensen argues, “circumstances could prompt a tactical decrease in loan activity, in order to protect the institution’s capital ratios, restraining credit availability and exacerbating an economic downturn.”

CFOs also need to consider that the strength in their balance sheets could shift from capital to the allowance, Sorensen continues.

“If you expect a credit crunch, you’re compelled by life-of-loan estimating to project losses and get to an allowance position sized to cover all those losses,” he says. He believes CFOs must understand the implications of this.

“What happens to my capital adequacy requirements?,” says Sorensen.

“The forecast of economic and credit conditions will be a powerful lever on allowance levels,” Sorensen suggests.“A tricky part of the forecast will be accurate and timely recognition of an emerging economic downturn.”

“The change in provision expense recognition on a life-of-loan basis could have significant and long-term implications for such loan products as the 30-year mortgage, small business loans, and loans to non-prime consumers,” observes Sorensen.

He says that credit availability and the impact on traditional credit structures “is a topic CFOs need to concern themselves with sooner than later.”

At the least, Sorensen offers, a lender might change the way long-term structures are priced.

“These are issues the regulators have yet to weigh in on,” Sorensen says. “We’ve been focused on implementation issues, but CFOs must consider supervisory issues as well.”

“CFOs will have to defend their institution’s choice of methodology and support the decision—to regulators, auditors, boards, and CEOs,” former banker King says. “You can enlist the expertise of a third party, but you ultimately own the decision. So you have to know it backwards and forwards to articulate your rationale.”

Adds King: “Your model is up to you. It’s your choice. No one is telling you how you have to comply. So CECL is an opportune time to enhance your risk management practices and your credit risk policies and processes.”

“You have to be knowledgeable if you expect your team to be,” concludes King. “The CFO must provide training for employees. And you have to keep your CEO and board updated about the impact of CECL and the decisions you are making. That’s the CFO’s responsibility.”