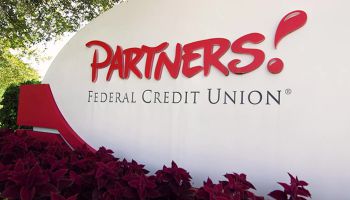 Partners Federal, the credit union for employees of The Walt Disney Company, is learning "agility" much as many banks are today.

YouTube and other spaces on the internet are rife with videos and blogs discussing hidden or little-known aspects of Disney World and other Disney parks. These reveal the existence of unseen features such as the hidden tunnel system under the Magic Kingdom (called “utiladors”) or the secret apartment on Main Street U.S.A. in Anaheim, originally intended so Disney family kids could wake up in the original park.

But who knew that park employees and staff at many other subsidiaries and partners of The Walt Disney Company are eligible to belong to $1.7 billion-assets Partners! Federal Credit Union? And that part of its ongoing transition to serve these folks hinges on adopting “agile management”?

Staffers at the credit union’s California and Florida locations wear badges resembling those worn by park employees, and the organization’s logo resembles classic Disney typography. The look and feel is meant to make a seamless connection to the Disney company.

Which for John Janclaes, Partners president and CEO, presented a challenge. When you serve employees of a company noted for state of the art technology in movies, television, parks, apps, and more, you can run the risk of looking stale if your technology isn’t as state of the art as the entertainment.

“And there was a broad recognition that we were falling behind,” says Janclaes. On top of the need to keep up with the technology that Disney employees are used to, Janclaes says, there is a demographic difference at work for Partners.

Janclaes says the average age of the approximately 150,000 member credit union’s domestic membership—37—skews about ten years younger than the national average. (Though Disney is an international corporation, roughly 80% of Partners members live in southern California and Florida. Between 10,000 and 20,000 more employees overseas use the credit union.)

“Technology’s in their DNA,” Janclaes explains. Last year management began stepping up the credit union’s digital face, while synching the digital side of Partners with the physical, branch-based side of its activities.

The program, called the “Digital 2X” (for “two times”) initiative, reflects management aspiration to improve the organization’s agility in order to bring about increased digital services as quickly as possible. (Pretty much the same challenge facing many community banks.)

Research among its members revealed that they did not feel that Partners was evolving sufficiently quickly. This came on top of a decision about four years ago to de-emphasize growth of physical branches in favor of an omnichannel approach, says Janclaes.

“We wanted to double-down on technology,” says Janclaes. The organization has been assisted by Kony and by The Boston Consulting Group.

One realization early on was that for this to be possible, Partners had to think beyond IT. The entire organization had to be on board with the effort to increase digital services and to get there faster.

This emphasis has rippled far beyond tech to include hiring and training. Janclaes points out that even where humans are involved with customers, such as in the Partners call center, often the issue is questions about digital services, such as the customer having a problem or question concerning banking via their mobile device.

The organization has already been introducing new digital and mobile services, according to Janclaes. “The feedback is that they love it,” he says, “but the challenge is to keep up with that demand.”

Janclaes says building more speed into its digital implementation has required moving more of the effort into an “agile” approach, versus the traditional type of “waterfall” implementation formerly practiced at Partners.

“Agililty is a methodology that complicates some kinds of work,” says Janclaes. Some adjustments to traditional thinking and planning become necessary.

“Waterfall” connotes a linear, step-by-step effort, that is heavily planned, while an agile approach can advance an effort on several fronts and can involve a more iterative approach, where course corrections are made as the organization moves forward. Direction can change depending on what is learned along the way. An agile approach, beyond being iterative, hinges on the potential for shifts based on collaboration between various internal teams.

Janclaes says moving toward agility takes some getting used to for a regulated institution. There is a regimentation and a rigor to waterfall management up front, he explains, that agile programs don’t share. As a result, agility can imply a degree of risk that traditional program management doesn’t exhibit, according to Janclaes. The organization’s strategic plan stresses member experience and increased enablement of personalized services for them, but it also stresses safety and soundness.

Making the shift from older “waterfall” driven approaches to development can cause internal friction, according to Janclaes.

The credit union has an ambitious schedule for upgrading both customer-facing and other technology, touching on many aspects of its operations. Among them are account opening and mortgage originations, as well as research on blockchain and use of natural voice in digital applications.

Where Partners is heading

Janclaes says Partners has about a 42% penetration of its potential member base, up from the 28% it had when he arrived at the organization 12 years earlier. He’s hoping efforts like the 2X program will help Partners grow by two measures—to $2 billion in assets and to 45% penetration by the end of 2019.

Penetration can be a elusive number to increase, notes Janclaes. While an increase of three percentage points may not seem like major growth, he points out that Disney is an acquisitive company. Each time it makes an acquisition, the potential member base grows yet larger. This makes the penetration figure one that Partners must continually sprint in order to build, on top of simply maintaining it.

Looking at the blend of omnichannel at Partners, Janclaes says that Partners will “always have branches. But I would really like to not add more branches.”

Rationalizing the organization’s delivery mix has been important. Upgrading digital services is not a cheap proposition and Partners management looked for savings where it could find them. For example, at one point Janclaes asked his team to identify which ATMs in its network were laggards in member usage. Those machines were retired, the savings being applied to higher tech priorities.

Digitization is an ongoing effort for Partners and one of the next steps is building a more agile staffing approach. Janclaes says there are four teams under development at Partners that will carry the effort forward. This will build on existing cross-disciplinary approaches that Partners has been learning to manage under an agility mindset.

Learning on the go, and in consultation with Kony and the BCG consultancy, will be a continuing process, says Janclaes.

“There isn’t an ‘agility playbook’,” he explains, “that someone can just drop off.”