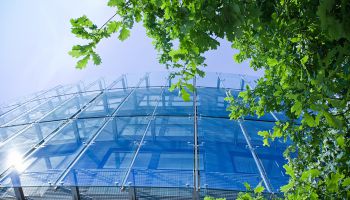 Credit unions continued adding branches during the past four quarters while the number of community bank offices shrank further. One large factor in that discrepancy may be how the two industries view mergers.

Both the credit union and community bank spaces continue to see consolidation, but while branch closures are often a way banks look to save costs in M&A deals, fewer branches are closed as a result of mergers in the credit union space.

Winter Haven, Fla.-based CenterState Bank Corp. shuttered 11 branches in the first quarter, which represented the second-highest number of branch closures among banks with less than $10 billion in assets. In an interview, Executive Vice-President and COO Stephen Young attributed the branch closings primarily to the acquisition of Sunshine Bancorp Inc. The $192.9 million deal closed in January.

CenterState has completed 13 Southeast acquisitions since the beginning of 2010, and Young said the ability to consolidate branches is often a deciding factor when considering M&A targets.

"We have tried to deepen market share in places we're in," Young said. "You don't need more brick and mortar to do that."

Since 2009, the bank's average branch size has grown from $27 million to $76 million. "When your branches are bigger, they have more deposits in them," he added. "And they're good deposits [such as] checking accounts. It allows you to not have to take so much risk on the loan side." 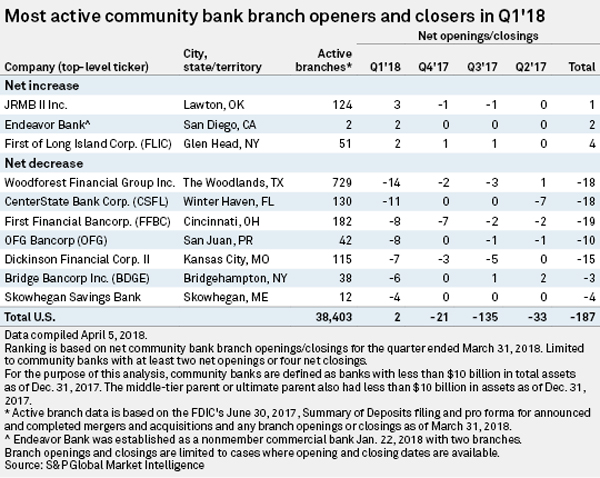 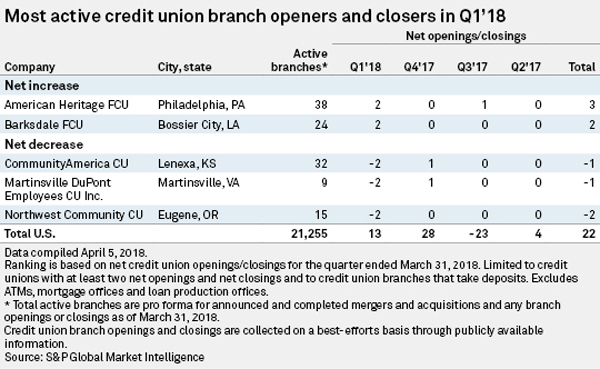 CUs tend not to shutter

One reason a greater percentage of branches have remained open on the credit union side is that closures do not automatically follow mergers. For example, one of the larger credit union mergers announced recently involved Bridgewater CU and Lawrence, Mass.-based Merrimack Valley FCU. The credit unions operate 10 branches combined and do not plan to close any locations or reduce staffing following the merger.

Aside from the lower rate of closures, the institutions' branch-building appetite has increased lately, said Glenn Grau, senior vice-president of sales at branching consultant PWCampbell. Credit unions were slower to come out of the crisis compared to the banks and are in some cases just starting to expand again, he said.

Building more branches will remain an option for Oshkosh, Wis.-based Verve a CU. Transactions conducted in the branches have remained mostly flat and have even grown in some markets. Verve has 15 branches, and No. 16 will open later this year in Oshkosh. "Members are still wanting to have that relationship that they will call on when they have deeper questions," said Ryan Didreckson, vice-president of operations.

And even though community banks are reducing their overall branch count, a physical presence remains important to small business that need to deposit money or speak with a lender, CenterState's Young said. The bank still plans to open new branches from time to time.

"You need a place and somebody to talk to at some level, even if you don't ever do it," Young added. "The online things ... all is good until there's a crisis." 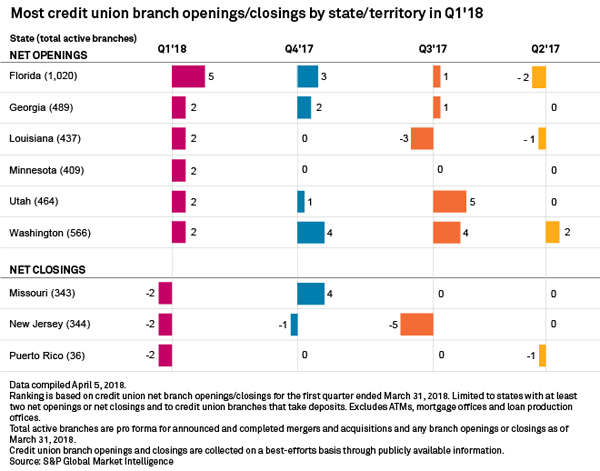 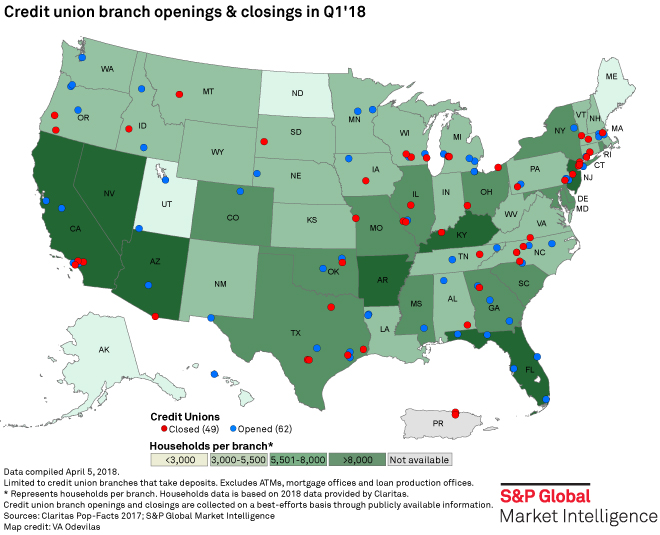