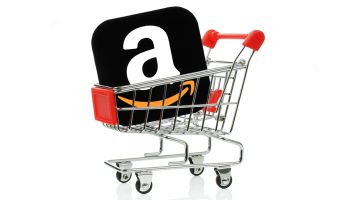 Earlier this year, research commissioned by LendEDU found that 44.5% of consumers would be open to using an Amazon-created bank account as their primary account. The online student loan refinancer just released new data from a two-question survey that focused on student loans as a hypothetical Amazon line of business.

Quoting from an article on LendEDU’s website, “As a student loan centric company, LendEDU wanted to … uncover if there is room for Amazon to expand into the student loan industry.”

In April the company commissioned Pollfish to conduct an online poll of 1,000 Americans currently enrolled in a four-year college and who also had student loan debt.

The first question was: “If offered, would you be open to the idea of using a student loan created by Amazon as a way to pay for college?”

Who do you trust?

The second question probed the issue of comparative trust among college students. It asked: “Would you have more trust in Amazon handling your student loans instead of the Department of Education?”

The results here were a little more evenly distributed, but Amazon again came out on top as 40.1% of respondents answered “Yes, more trust,” compared with 16.2% saying “No, less trust,” 26.8% answering “About the same level of trust,” and 16.9% who were “Unsure.”

The question used the word “handling” and in many ways people view Amazon as a paragon of efficiency in how it handles e-commerce, whereas fewer people would likely view a federal government agency in that light. This perception may or may not survive a major privacy or security debacle subjecting Amazon to a “Facebook,” “Equifax,” or “Wells Fargo” moment in the congressional spotlight. Right now the giant retailing/technology enterprise is flying high, although not without its share of critics.

Banks might take heart from students’ willingness to engage with the private sector again for college financing. Those institutions with impeccable reputations and an interest in this market might view the above statistics as a potential opportunity—before the aptly named Amazon muscles in.