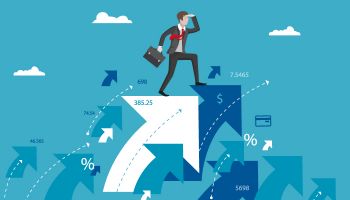 The Street welcomed South State Corp.'s return to the M&A game and believes the company could announce another acquisition in the not-too-distant future.

While investors did not necessarily view the deal as cheap, they said the transaction is digestible and will allow for easier execution than a larger acquisition while still helping to offset the costs of crossing the key regulatory threshold.

Mark Lee, president of Forest Hill Capital, the sixth-largest shareholder of South State, said the company can partially offset the cost of moving above the $10 billion asset mark through savings tied to previously announced branch closures.

South State also included the cost of the Durbin amendment in its Southeastern deal projections and estimates it will earn back the tangible book value dilution arising from the transaction in less than three years. Excluding the impact of Durbin, South State said the earnback period would likely be cut in half.

South State remains on a position to pursue additional acquisitions as well, which could mitigate costs that come with growing above $10 billion in assets, Lee said.

"They already identified the cost saves and how they're going to pay for it, and they can do another one right on the back end of this and then it will be a nonevent," Lee said.

Looking at the deal’s size

Andrew Boord, an investment research analyst at Fenimore Asset Management, a top 15 shareholder in South State, said "modest-sized" acquisitions like the purchase of Southeastern Bank are perfect for the company.

Boord said the Southeastern transaction will be much lower-risk than a larger deal such as the purchase of Yadkin Financial Corp., which has reportedly considered a sale. South State was among the rumored buyers of Yadkin.

"This is a sweet deal; the right size, the right location. It seems like a very similar culture. They're not biting off more than they can chew," Boord said.

FIG Partners analyst Christopher Marinac called South State's decision to pursue a smaller acquisition a "chess move" since it adds an excellent market in Augusta, Ga., to the company's footprint and comes with "considerably lower risk" than a larger transaction. The analyst said in a June 20 report that Southeastern is an "excellent" example of community bank with "superb" local market share and potential for upside in the years to come.

Lee believes South State could grow the Southeastern franchise further as well, noting that the company has managed to do just that in past acquisitions, including its purchase of Savannah Bancorp. For instance, he said, South State has a stronger mortgage platform and can retain the servicing rights of the seller, which currently cedes that business.

South State is not expected to sit on the M&A sidelines going forward either. The company did not discuss its future M&A plans or return S&P Global Market Intelligence's request for an interview. However, the Street expects the company could pursue another acquisition soon. Sandler's Scouten expects South State to announce another deal in the next six to 12 months to further leverage the preparations it made to cross the $10 billion asset mark.

"The bank's next deal would thus be far more accretive to EPS and could be a real needle mover for the shares," Scouten wrote in a June 20 report.

Investors believe South State will take a calculated approach when pursuing future deals. If the right acquisition presents itself though, the Street believes South State will be ready to act soon.

"They're methodical. They're very logical. They don't do anything that is not well thought through. I suspect that they're leaving the opportunity for themselves to do something else within the next 12 months," Boord said.

This article originally appeared on SNL Financial’s website under the title, "Investors expect more deals after South State pushes above $10B"