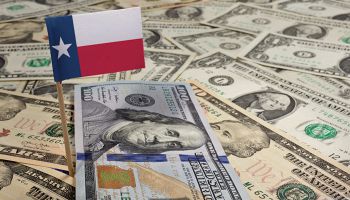 Now that Texas-based banks have worked to rebuild their so-called "Texas premium," there is some hope that the group can use the stronger currencies to spark a rebound in M&A activity in the state.

Banks in Texas have historically traded at a higher multiple than other banks due to strong economic growth in the state. That premium valuation eroded in 2015 and early in 2016 as plunging oil prices clouded the economic outlook in Texas and sparked fears that banks could experience considerable credit problems.

Those issues have not come to pass and oil prices have bounced back from the lows sustained early this year, and Texas-based bank stocks have rebounded in kind.

Texas banks rallied last week after oil prices rose to nearly $50 for the first time since the spring on news that OPEC reportedly reached an understanding to cut crude oil output. [This article was published by S&P Global on Oct. 5, 2016.) The recent move adds to considerable gains sustained since February, with Texas-based banks jumping close to 50% since then.

Texas banks regained their premium valuation on a price to tangible book value basis in early July and have expanded their multiples since then. The group now trades at roughly 1.8x tangible book value, well above the 1.5x multiple of the SNL Bank & Thrift Index. Texas banks have traded at a premium since the financial crisis and achieved their greatest outperformance in the spring of 2014, when oil prices where near their peak.

Oil prices are still down 50% from the highs in the summer of 2014, but analysts are debating whether the recent rebound in black gold could change the fundamental environment for Texas-based banks. The Raymond James bank analyst team upgraded the majority of energy-exposed banks in its coverage universe in early May, noting that the worst case scenario was already baked into prices. The analysts reiterated its position last week, even after the significant outperformance in the Texas group over the last few months.

Other analysts noted that the rebound in oil prices could offer some credit relief for banks in energy-centric areas. Evercore ISI analyst John Pancari said last week that banks appear comfortable with reserve levels for energy credits and the recent upswing in oil prices could "pave the way for releases."

"The question will then be ... do the reserves simply get allocated to other loan portfolios—e.g. CRE or auto," Pancari wrote in a Sept. 29 note.

The Street has not seen signs of stress in the energy sector spreading to other sectors yet. Piper Jaffray analyst Brett Rabatin visited 10 Texas-based banks and a private equity firm focused on the energy space in early September and came away feeling more positive on the credit quality at the institutions. While there is some weakness in the Houston market, Rabatin said Dallas market remains quite strong and the fundamental environment for Texas-based banks is far better than many feared six months ago.

"I think these banks are going to report numbers that give investors more comfort around credit," Rabatin said in an interview after the Texas trip.

Rabatin said the Texas bank group could break out further if M&A activity in the state resurges in force.

Deal activity in Texas, which had been one of the strongest markets in the U.S., has slowed notably this year with decreases in oil prices. Through Oct. 4, 13 deals surfaced in Texas, or 17 annualized. That is down from 22 deals in 2015 and 27 deals in 2014.

C.K. Lee, a managing director in the financial institutions group at Commerce Street Capital, said at the recent 8th annual M&A Symposium hosted by S&P Global Market Intelligence that the erosion of the so-called Texas premium has negatively impacted M&A activity in the state.

Lee further noted that there are few "obvious" in-state synergistic opportunities for the larger, seasoned acquirers in Texas. He said smaller potential targets could allow buyers to diversify and grow their funding bases but there are few indications of interest in expanding in rural markets.

Still, he noted that a number of Texas banks have recently bolstered their balance sheets through capital raises and those transactions could reduce regulatory pressures and enhance optionality going into 2017.

Rabatin came away with the feeling that the election, the risk of a recession and the lower for longer interest rate environment has slowed acquisition talks. "It sounds like 2017 could finally be the year we see more activity in Texas as less uncertainty brings an end to a lack of deal-making," according to Rabatin.

This article originally appeared on S&P Global Market Intelligence’s website under the title, "Hopes of restoring the 'Texas premium,' M&A in the Lone Star State"