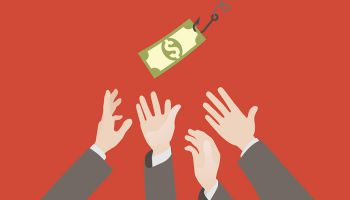 The Street has largely welcomed Pinnacle Financial Partners Inc.'s transformational acquisition of BNC Bancorp but expressed some caution about the potential execution risk arising from the deal.

Late on Jan. 22, Pinnacle unveiled plans to acquire BNC Bancorp for $1.9 billion, or 2.91x tangible book value. While the price tag was considered lofty, Pinnacle expects the deal to be accretive to earnings and tangible book value, inclusive of plans to raise $175 million in Tier 1 capital.

Investors recognized the strategic and financial merits of the deal, sending shares of Pinnacle 1.50% higher to $64.25 on Jan. 23.

But some analysts noted that the considerable size of the transaction brings execution risk, with the target equating to close to 65% of the buyer's assets.

Raymond James analyst Michael Rose said the financial and strategic merits of the transaction make "all the sense in the world" but he is going to take a wait-and-see approach.

"This is one of the best banks in the country. Is this now a bank that is priced for perfection? I think that question has to be asked," Rose said in an interview. "If they don't hit on all cylinders every quarter, there is room for it to come down."

The deal will also change Pinnacle's peer group, placing it among larger and slower-growing institutions whose stocks tend to trade at lower multiples.

For instance, Hovde Group analyst Kevin Fitzsimmons noted Pinnacle will now be compared with the likes of First Horizon National Corp., Hancock Holding Co. and IBERIABANK Corp., which trade at a median of 1.9x of tangible book value. Pinnacle had been compared with smaller franchises such as Home BancShares Inc. and ServisFirst Bancshares Inc., which trade near 4.0x tangible book value, he noted.

Both Rose and Fitzsimmons said Pinnacle is a high-performing institution that has earned a premium valuation in recent years. That performance likely will need to continue, with Pinnacle trading at 3.2x tangible book value, a considerably higher multiple than many larger, regional banks.

Pinnacle expects the purchase of BNC Bancorp to push its results higher, estimating that the deal will be approximately 10% accretive to 2018 EPS, while offering a 5% initial accretion to tangible book value. Pinnacle also expects the pro forma franchise to produce a return on average assets in the range of 1.30% to 1.50%, up from its prior target of 1.20% to 1.40%.

Given the lack of dilution arising from the transaction, some analysts expected Pinnacle's stock to increase on the deal news. Piper Jaffray analyst Peyton Green was in that camp, noting that the transaction puts to rest the questions "Who, Where and How Much?" Pinnacle would pay to continue its growth strategy.

Pinnacle had telegraphed its plans to pursue acquisitions in select markets in the Southeast, building on the success of three deals closed in Tennessee in recent years. Pinnacle has grown considerably through organic growth as well, hiring experienced bankers and giving them autonomy to compete against large, national banks that it believes cannot offer the same level of customer service.

Green noted that Pinnacle will have the same opportunity to pick up market share across BNC's footprint in the Carolinas and Virginia, where Bank of America Corp., Wells Fargo & Co., and BB&T Corp. control 76% of deposits.

Still, others questioned whether or not Pinnacle can maintain its unique culture while expanding into three new states. Pinnacle President and CEO M. Terry Turner emphasized he has no plans to change the company's approach.

Rose noted that Pinnacle and BNC both have experience in integrating acquisitions, and he expects the cultures of the two franchises to eventually merge, but he noted that "not everything goes smoothly" when trying to integrate larger deals.

Fitzsimmons acknowledged that many of Pinnacle's competitors will remain far, far larger franchises that take a line-of-business approach versus keeping decision-making at the geographic level. However, he noted that Pinnacle will be challenged to maintain its historical level of growth and culture while operating a much larger franchise.

"We just have to wait to see how this is going to be executed," Fitzsimmons said in an interview. "It's harder to make the case that you need to be buying this thing now."