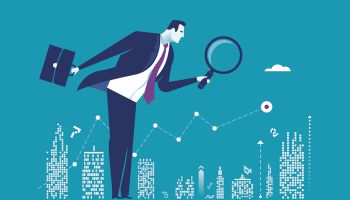 Bank merger-and-acquisition activity should forge ahead at a steady pace in 2017 and generate both larger acquisitions and higher deal values, thanks to buyers' strong currencies and the potential for more regional lenders entering the fray amid brightening outlooks for big banks.

The bull case for deal-making emerged as an early theme this week at Bank Director's “Acquire or be Acquired” conference in Phoenix.

"Our call is that you are going to see bigger banks doing mergers," Thomas Michaud, president and CEO of investment bank Keefe Bruyette & Woods Inc., said at the conference.

Michaud noted that the absolute number of bank deals is not likely to surge this year because there are simply far fewer banks today than just a few years ago. Amid ongoing consolidation, he said, the industry consists of roughly 25% fewer banking companies than it did prior to the 2008 financial crisis. Simple math points to fewer potential sellers, leaving buyers to swim in a smaller pool.

But Michaud said many buyers are better equipped this year than last to pursue deals, and better positioned to go after prized targets, because their stocks soared on investor optimism following the November 2016 presidential election.

The market embraced now-President Donald Trump's plans for lower corporate taxes and deregulation, viewing both as particularly positive catalysts for banks. Federal Reserve policymakers, too, have infused confidence into the banking industry.

In December Fed officials lifted their benchmark interest rate and, at the same time, suggested they could follow that move with up to three more rate hikes this year. When rates rise, asset-sensitive banks often earn more interest income on their lending, bolstering their profitability.

Against that backdrop, the SNL U.S. Bank index has advanced more than 20% since Election Day. [Editor’s note: S&P Global originally posted this on Jan. 30.] With their stock prices up, buyers have stronger currencies with which to make bids, and this should make it more likely for them to meet the expectations of coveted sellers. More big sellers would lead to higher deal values this year, Michaud said.

He pointed to Pinnacle Financial Partners Inc.'s nearly $1.9 billion planned buyout of BNC Bancorp as an example. The deal was valued at roughly 271% of tangible book. The average value for deals in 2016 was well under 200% of tangible book. BNC has more than $7 billion in assets and will boost Pinnacle's size by roughly two thirds. The vast majority of sellers in recent years have been under $1 billion in assets.

To be sure, if rates continue climbing, and if banks and their commercial customers do get the benefit of lower taxes and fewer regulations under Trump, many banks that now consider themselves potential sellers may step back from the deal arena and try, independently, to capitalize on a more favorable operating environment.

But industry insiders at the conference noted that the Fed for years talked up rate increases and, to date, has not moved more than once in any given year on that front since the crisis. Additionally, major change in Washington often takes several months, if not years, to materialize, and even when change does develop, it can take even more time for businesses to benefit.

For instance, as banking lawyer Gary Bronstein of the firm Kilpatrick Townsend and Stockton put it at the conference, if Trump and a Republican-controlled Congress repeal aspects of the Dodd-Frank Act, it likely will take a couple years for front-line regulators to fully retool how they approach their jobs.

Many banks that entered 2017 thinking about selling, he and others said at the conference, may not want to wait and see what happens. They likely instead will choose to take advantage of buyers' lofty stocks to try to ensure they make a positive move for shareholders.

Speakers at the conference also noted that several other motivations to sell remain front and center. Many banks have aging management teams as well as prominent investors who are nearing retirement themselves. Many bank boards are likely to view partnering with a bigger bank that has a deep management bench as a wise succession plan, and in doing so, enable their aging shareholders to cash out.

Additionally, banks in coming years will have to deal with a new accounting rule that requires lenders to forecast and reserve for all losses for the lifetime of loans, at origination, as opposed to dealing with such losses as they emerge.

The change will require banks to gather much more data in order to make decent forecasts, and the added cost of doing this likely will motivate some to sell, Rick Childs, a partner at consultancy Crowe Horwath LLP, said at the conference. For community banks, in particular, the new rule known as CECL "will be very difficult."

Read an update about CECL