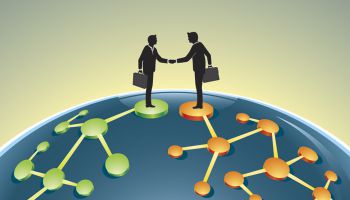 Dubuque, Iowa-based Heartland Financial USA Inc., a consistently acquisitive banking company that is bulking up in growth markets across the Midwest and West, in mid-February inked its 11th and largest open-bank deal since 2012—this one in the prized Denver metropolitan area.

Heartland said it would pay about $203 million in cash and stock to acquire Aurora, Colo.-based Citywide Banks of Colorado Inc., which operates 12 banking centers in the Denver area. The target will give Heartland about $1.0 billion in loans, $1.2 billion in deposits, and $1.4 billion in assets.

Deal to be done Q3

Combined with Heartland's existing Colorado operation, Centennial Bank and Trust, the merged bank will have 21 branches in the Denver market and about $2.3 billion in assets. It will take on the Citywide name and become Heartland's largest subsidiary.

Citywide President and CEO Kevin Quinn will lead the combined Colorado bank after the deal closes. Executives expect to finalize the acquisition in the third quarter.

Overall, Heartland spans 12 states, from its base in Iowa to California. It tries to reach or exceed $1 billion in assets in each of its markets. At that level, it has the size and resources to compete with larger banks and to absorb the lofty regulatory costs that have weighed on community banks for several years.

"We think we can match up with the largest banks in the market," Heartland Chairman and CEO Lynn Fuller, in an interview, said of Colorado.

Beefing up now in greater Denver is a safe bet on a strong market, Fuller said. Citywide generated double-digit loan growth last year and fueled it with a strong core deposit base. Its cost of funds hovers around just 18 basis points. Its loan books are clean, Fuller said. And while the deal is relatively large for Heartland, because it is an in-market transaction, Fuller said it carries minimal integration risk.

During a call with analysts, Fuller also emphasized the deal's favorable financial metrics. Heartland expects it to produce cost savings of 32% of Citywide's noninterest expense base; 75% are projected to be phased in this year and 100% in 2018. The buyer projected the acquisition will prove 11% accretive to earnings per share in 2018, and it expects that within three years it will earn back dilution to tangible book value. Investors tend to favor earnback periods of around three years or less.

Investors appeared to agree. Shares of Heartland climbed nearly 2% in morning trading Feb. 14, the day after the deal was announced.

Colorado closed 2016 with a jobless rate of 3%, one of the lowest among all states and well below the national rate of 4.7% in December 2016, according to the state's Department of Labor and Employment. Over the course of last year, total employment in Colorado increased by 104,700.

On the real estate front, the latest S&P CoreLogic Case-Shiller U.S. National Home Price NSA Index showed an 8.7% year-over-year price increase for Denver in November 2016. That was substantially above the national 5.6% annual gain.

Notably, after the deal closes, Heartland estimates it will have about $9.9 billion in assets, putting it on the cusp of the important $10 billion threshold. After banks eclipse that level, they face more regulatory scrutiny and expenses, and they lose debit interchange income due to limits imposed by the Durbin rule. Heartland has estimated that Durbin will cost it about $5 million in annual pretax income.

Well aware of those impacts, Heartland CFO Bryan McKeag told S&P Global Market Intelligence that, over the course of this year, the company intends to draw more on cash flow from its investment portfolio to fund its lending, allowing it to keep its asset size flat or even bring it down some through the end of 2017.

The company could then go over $10 billion early in 2018, and not have to take the Durbin-related hit to revenue until mid-2019, as the rule takes effect in July the year after a bank goes over the $10 billion mark. Doing this, executives said, effectively provides Heartland with 18 additional months of higher interchange revenue.

It also gives the bank extra time to prepare for the additional compliance challenges, including stress testing mandated by the Dodd-Frank Act, that kick in above $10 billion in assets. Heartland said it anticipates its first Dodd-Frank stress exams to occur in the first quarter of 2020.

In the interview, Fuller said Heartland will remain acquisitive in 2017, and could even close another small deal this year and stay under $10 billion in assets. A large acquisition could be announced yet this year, Fuller said, "but we'd push closing into '18."