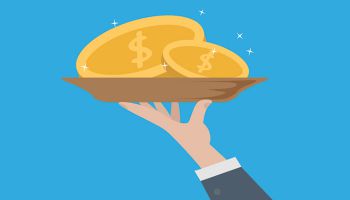 First Horizon National Corp. looks to boost its asset size by a third and expand its reach into coveted Southeast markets with a nearly $2.2 billion planned buyout of Charlotte, N.C.-based Capital Bank Financial Corp. The deal is by far the largest in First Horizon's history, and the fifth-biggest bank acquisition for the industry since the start of 2016 by deal value.

Memphis, Tenn.-based First Horizon, with about $30 billion in assets, had previously signaled to Wall Street an interest in a large, transformational deal. Its stock-and-cash bid for Capital Bank fits that bill.

The target has more than $10 billion in assets and will provide First Horizon entrance into Greater Charlotte and South Florida, fast-growing markets the buyer views as engines for long-term growth. The deal also gives First Horizon deeper penetration in its home base of Tennessee and neighboring states.

"It gives them what they said they wanted, which is scale," analyst Kevin Fitzsimmons of Hovde Group said in an interview after the deal announcement May 4.

Analysts said investors likely pulled back after seeing that First Horizon estimated tangible book value per share dilution at 9.5%. The buyer estimated it would take just under five years to earn back the dilution using the crossover method.

"The dilution number, that's a big number," Keefe Bruyette & Woods analyst Brady Gailey said in an interview. "The market would like to see an earnback of three to four years—or better."

The large deal size also brings some risk, Fitzsimmons noted. Since the last financial crisis, regulators have applied greater levels of inspection to acquisitions involving relatively large targets, and this has delayed some deal closings.

"The bigger the deal, the greater the scrutiny," Fitzsimmons said, "and that is a concern for some investors."

Though the deal values Capital Bank at about 2x tangible book, Fitzsimmons also noted that the target agreed to sell at a slight discount to where its stock had traded prior to the announcement, and that likely added downward pressure on its shares.

Pricing and dilution concerns aside, both Fitzsimmons and Gailey said the deal serves up several positives that could drive long-term value—notably the added heft and geographic expansion that First Horizon expects will drive growth and buttress its return on average assets, net interest margin, and other key measures of profitability.

"Strategically, it looks like a great deal," Gailey said.

During a call to discuss the transaction, executives from both companies said they were confident the combination would bolster earnings and value, with cost savings boosting efficiency early on and complementary business lines driving income gains over the long haul.

First Horizon executives said they are bullish on commercial lending opportunities in the Southeast broadly and particularly in expanding metropolitan markets like Charlotte. They see opportunities to provide greater levels of service to Capital Bank customers, including in treasury management, and a wider array of products that should fuel fee-income growth.

Executives also emphasized that South Florida is a deposit-rich region that should help drive low-cost funding for the combined bank.

The merged bank will have about $32 billion in deposits and $27 billion in loans. Executives estimated that the deal will prove 8% accretive to EPS.

The deal, slated to close in the fourth quarter, is expected to produce some $65 million in cost savings, which is about 30% of the target's core noninterest expense base. First Horizon expects to fully realize those savings by 2019, when integration is complete.

First Horizon Chairman and CEO Bryan Jordan described the savings goal as conservative and said it could potentially exceed 30%. Roughly 20% of the two banks' cumulative branches—more than 300—are within a two-mile radius of each other, and executives expect to close several locations. Capital Bank is already in the process of closing 18 branches this year, and postmerger, executives envision shuttering about 26 more.

Closing in on $50 billion in assets

With about $40 billion in assets after the deal closes, First Horizon would find itself approaching the $50 billion threshold at which regulators consider banks systemically important financial institutions, or SIFIs. With this designation come higher compliance costs and challenges.

Jordan, who has previously expressed reservations about becoming a SIFI, suggested on the deal call that his view of the $50 billion mark has evolved some: First Horizon now has the risk management infrastructure in place to cross the threshold, meaning costs associated with doing so would not hinder the company substantially.

And with federal lawmakers on both sides of the political aisle currently considering raising the SIFI bar to as high as $250 billion, the $50 billion mark may well lose its regulatory significance, he added.

Were that to happen, observers said First Horizon could pursue more acquisitions and surge in size in coming years. Jordan said more M&A is "not in our field of vision right now," but he did not dismiss the possibility of further deal-making after integration of Capital Bank.

"That would certainly make sense for them," Rudkin said in an interview.

Rudkin said there are several would-be sellers that could pull First Horizon into those markets. Most of those are under $10 billion in assets, but there is potential for larger banks to sell as well amid calls for deregulation from President Donald Trump and leaders of the Republican majority in Congress.

"I don't see a flood of big deals, but I do think there will be others," Rudkin said.

Gaurang Dholakia contributed to this article.