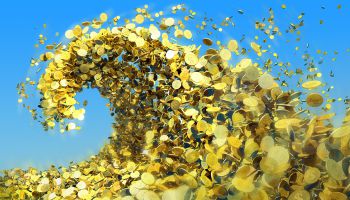 Washington has changed, and so too may large banks' acquisition stance. A noted analyst suggests watching upcoming quarterly earnings calls for further clues.

Press reports indicate that JPMorgan Chase was interested in acquiring a British payment processor, Worldpay. The company was ultimately acquired by Vantiv. This may benefit Fifth Third since that bank owns a sizable share in Vantiv.

That is not what is important about this event, however.

What is important is that JPMorgan Chase was considering making an acquisition.

It had been assumed to this point that banks of JPMorgan’s size would not be allowed to make acquisitions for the foreseeable future.

Something has changed. The whole regulatory superstructure has been changed:

• There are two ex-bankers in the Administration: Steve Mnuchin at Treasury and Gary Cohn in the National Economic Council.

• Joseph Otting, a banker, is to lead the Office of the Comptroller of the Currency.

• James Clinger, a chief writer of the Financial Choice bill, is to lead the Federal Deposit Insurance Corporation.

• Randal Quarles, an investor in financial institutions at the Carlyle Group, may be the next Fed governor in charge of bank regulation.

• Jay Clayton, a lawyer who advised companies as to how to deal with the Securities and Exchange Commission, is now head of that body.

• Jeff Sessions is the Attorney General.

The Treasury Department has released the first in a series of white papers defining the Administration’s position on banking. It suggests changes in approximately 50% of the 370 rules that were put in place to regulate the industry. The bulk of these changes are viewed positively by the sector.

It is with this new backdrop that JPMorgan may have made a bid to buy another company. Banks will now be considering acquisitions:

The likelihood is that a number of large banks will now be considering acquisitions:

• While bank stock prices are quite strong, bank internal growth is not.

• The inclination of the new set of regulators would more likely to support these moves than not.

When listening to the raft of conference calls that begin on July 13, it will be important to determine if bank managements suggest a new attitude toward purchasing other banks.

I think they will. The time for expansion has returned.