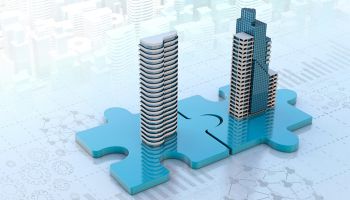 Arvest Bank, the Arkansas-based lender owned by the Walton family of Wal-Mart fame but operated separately from the retail giant, inked its largest acquisition to date, a $391 million deal to take out one of the biggest community banks in the Ozarks region.

An Arvest spokesman said the all-cash deal to buy Little Rock, Ark.-based Bear State Financial Inc. was part of the bank's larger strategy of both broadening and deepening its reach in Arkansas and Missouri, in both cities and rural areas.

Jason Kincy, marketing director for Fayetteville, Ark.-based Arvest, said in an interview after the deal was announced Aug. 22 that Bear State's bank, which has about $2.24 billion in assets, would give Arvest entrance to several new markets, including Jonesboro, Ark. The deal also would bolster the buyer's efforts to build up its presence in key existing markets, including Springfield, Mo.

The acquisition would further help Arvest cover more agricultural-heavy rural areas of its footprint, Kincy said. While many banks are emphasizing metropolitan markets over rural communities, Kincy noted that Arvest is a major agriculture lender in the Ozarks and neighboring regions and, as such, is looking to expand its ties to farm operations and the small businesses that feed off agriculture and help drive the economies of small towns.

"It is really a good fit," Kincy said of the acquisition, which is slated to close late this year or in the first quarter of 2018. "This really helps fill in gaps for us."

Arvest's parent, the privately held Arvest Bank Group Inc., is chaired by Jim Walton, son of Wal-Mart founder Sam Walton. The company did not release additional financial details, nor did it discuss cost savings projected on the deal or potential revenue synergies.

Arvest has completed several bank and thrift acquisitions over the past three decades. But, in terms of deal value and target size, none of them rival the Bear State transaction. The closest was Arvest's buyout of the then $1.75 billion-asset Superior Financial Group in Arkansas in 2003, according to S&P Global Market Intelligence data. That deal was valued at $211 million.

Bear State, meanwhile, is in large part the product of a pair of deals, one in 2014 and the other in 2015. The two transactions together packed onto Bear State more than $1 billion in assets.

Bear State President and CEO James Matthew Machen did not respond to an interview request in time for this article.

Jacob Thompson, a managing director of investment banking at SAMCO Capital Markets, said that, from a broader M&A perspective, it was notable this was a rare all-cash deal involving a target greater than $1 billion in assets.

Of course, as a private company Arvest would pay cash, he noted. But he thinks publicly traded banks whose shares are up substantially from a year earlier will continue to account for the solid majority of buyers in deals that involve relatively large community banks.

These buyers can use their strong stock valuations as currencies to pay competitive prices for larger targets, and bigger sellers often command higher prices.

"As long as those public valuations hold up," Thompson said, "I don't see why that wouldn't continue to be the case."