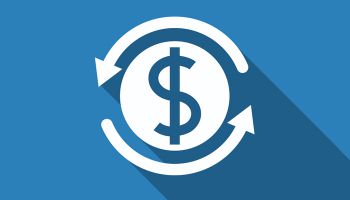 Banking Exchange welcomes comments on this Compliance Viewpoint article. Please state your views in the comment section at the conclusion of the article. [Subject to BE moderator approval.]

On Oct. 12, the Comptroller’s Office revised its Policies and Procedures Manual to instruct examiners to limit the number of Community Reinvestment Act rating downgrades based on evidence that a bank has violated other laws.

The revision is a boon to national banks and federal savings associations, but places state-chartered institutions at a competitive disadvantage.

Going forward, as more fully explained below, evidence of discriminatory or other illegal credit practices will only result in a CRA rating downgrade for an OCC-regulated bank where there is a “logical nexus” between the rating and the evidence.

Significantly, the agency’s manual instructs examiners to give “full consideration” to any remedial action undertaken by a bank before downgrading a rating. Further, the manual states that OCC policy now is to never lower a rating by more than one level. The manual also intimates that the stronger a bank’s historical record of CRA performance, the less likely its rating will be downgraded.

There is much merit to the OCC’s new policy. In fact, the change is in line with regulators’ historic approach to issuing CRA ratings. Although the CRA regulations have always provided that a rating can be downgraded based on evidence of lending discrimination, regulators generally avoided lowering CRA ratings based on non-CRA factors—until the foreclosure crisis hit in the late 2000s.

Past practice in CRA rating downgrades

Since the 2008 foreclosure crisis, CRA examiners have routinely downgraded banks based solely on evidence of inadequate compliance with other laws.

Since that time, there have been dozens of CRA ratings downgraded to below Satisfactory from the OCC, FDIC, and Federal Reserve.

These downgrades explicitly overrode the ratings that would have resulted from traditional measures of CRA compliance—the extent and distribution of a bank’s loans, investments, and services provided to its community, particularly to lower-income individuals and neighborhoods. Violations of, for example, Section 5(a) of the Federal Trade Commission Act involving unfair and deceptive practices, are extraneous to the CRA but nonetheless affected banks’ CRA ratings.

Moreover, many of the downgrades were often caused by evidence the bank had violated the Fair Housing Act or Equal Credit Opportunity Act—fair-lending statutes—despite the fact that, unlike those anti-discrimination laws, the CRA is colorblind and makes no mention of race, ethnicity, or any other prohibited factor.

Indeed, these downgrades put the CRA at risk of losing its unique, non-race-based rationale, which acknowledges that lower-income individuals and neighborhoods come in all races and ethnicities, and that banks must serve those people and communities whether or not they are predominantly minority.

Put simply, conflating the CRA with the fair-lending laws diminished the uniqueness of the CRA.

Along with the loss of uniqueness comes the risk of diminishing a bank’s incentive to serve its community. The CRA compels banks to serve the credit needs of their communities, but if a rating on that service can be diminished by allegations of unrelated illegal credit practices, the incentive to expend resources to serve communities may be reduced.

After all, if a bank that meets CRA standards still risks having its rating downgraded due to unrelated activities, the rating loses its meaning and utility.

OCC recognizes these concerns in the PPM, stating what should be obvious: CRA examinations are “a tool to achieve the underlying purpose of the CRA: to encourage banks to help meet credit needs by lending, serving, and investing in the communities in which they operate, across income levels and geographies.”

To best accomplish this underlying purpose, OCC will now limit downgrades to evidence of illegal credit practices that “directly relates to the institution’s CRA lending activities.”

The requirement that there must be a logical nexus means, for example, that a bank relying on mortgage lending for CRA compliance should not be downgraded based on evidence of illegal credit practices in, for example, the payment of referral fees in violation of RESPA. This occurred in 2016 when a bank’s CRA rating was downgraded on that account by FDIC, even though the performance evaluation noted that the practices had been discontinued.

And even if there is a logical nexus, OCC examiners are instructed to weigh the strength of a bank’s historical CRA performance against the egregiousness of the illegal credit practice. Practices that are “limited, technical, or immaterial” will not result in a downgrade for a bank with “good-to-excellent” CRA performance.

“Thus, as a general matter, if the bank has remediated or taken appropriate corrective actions to address the evidence of discriminatory or other illegal credit practices, the ratings of the bank should not be lowered solely based on the existence of the practice prior to commencement of the CRA evaluation.”

And, in an apparent effort to reign in rogue examiners, the manual gives explicit direction that if a rating is lowered based on evidence of discriminatory or other illegal credit practices, the CRA performance evaluation must provide a full explanation “as to why” and include a description of how the manual was applied.

This contrasts to the current practice where CRA performance evaluations often avoid detail about the illegal credit practice(s) that resulted in a downgrade.

Finally, in a clear reversal of what had been the agency’s position, the manual states that it is OCC’s policy never to lower a rating by more than one level. Had this policy been in place previously, banks could not have received double downgrades from outstanding to needs-to-improve.

Unfortunately, while the manual benefits national banks and federal savings associations, it places state-chartered institutions at a competitive disadvantage. The manual revision means that an OCC-regulated institution will be less likely to receive a CRA downgrade than a bank regulated by FDIC or Federal Reserve.

And whatever its substantive merits, it is worth noting that the OCC’s action breaks a trend of 40 years of CRA regulatory history. During that time the federal banking agencies have almost always acted in tandem in their approach to CRA examinations and enforcement.

Enacted in 1977, CRA gave the federal banking agencies 390 days to promulgate regulations “to carry out the purposes” of the Act. 12 U.S.C. § 2905. The agencies took a unified approach to the process, together publishing a list of 26 questions to be addressed at a series of public hearings held throughout the country. The hearings and subsequent comment period ultimately led to the promulgation of substantially identical regulations from four agencies.

The agencies continued their shared approach to CRA regulation throughout the 1980s and 1990s. They issued a joint policy statement in 1989, largely in response to congressional dissatisfaction with CRA enforcement.

Unanimity also prevailed as the agencies sought to implement President Clinton’s 1993 directive to have CRA examinations refocus on more-objective assessment standards—the intent in some quarters was described as “performance not paperwork.” The agencies held seven public hearings and proposed two sets of regulations before promulgating a joint final rule in 1995.

In 2005, OCC joined FDIC and the Federal Reserve in a thinly veiled criticism of the now defunct Office of Thrift Supervision’s efforts to go its own way on CRA, the only other example of an agency unilaterally amending the CRA regulations:

“The federal banking agencies continue to believe that it is both worthwhile and possible to improve the CRA rules in ways that reduce unnecessary burden while at the same time maintaining and improving the effective implementation of the CRA. Moreover, we believe that it is important to take steps at this time to develop and propose rules to achieve these goals, and to work toward achieving standards that ultimately can apply on a uniform basis to all banks subject to the CRA.” [Emphasis added)

In 2010, the agencies, united again, held a series of joint public hearings in four cities to receive public comments as they considered updating their CRA regulations. Today, the agencies’ CRA guidance, examination procedures, and data submission requirements are each issued jointly through the FFIEC.

The reason the agencies have historically acted together is to avoid creating an unlevel CRA playing field where a bank’s rating is in any part a function of its regulator, rather than its performance.

A fundamental principle is that laws should be uniformly applied, and, consistent with this principle, a bank’s CRA rating should not depend on the agency from which it obtained its charter. Yet the new OCC manual clearly makes national banks less likely to receive a less-than-satisfactory CRA rating than state-chartered institutions.

Hopefully, the OCC’s revised manual will trigger a policy reassessment by FDIC and the Federal Reserve. Otherwise, OCC’s otherwise well-thought-out policy will be to the detriment of non-OCC regulated banks.