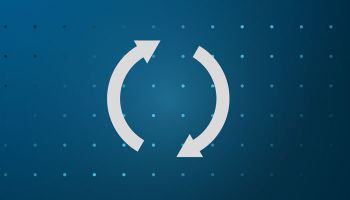 Valley National Bancorp's executive succession could be a "fresh start" for a company that lately has lagged on profitability, according to analysts.

Robbins will join the holding company's board and retain his role as the bank's president. Lipkin, who has been with the company for 42 years and CEO for 29 years, will stay on as chairman of the Wayne, N.J.-based company. Schupp joined Valley National in 2014, following the company's acquisition of Boca Raton, Fla.-based 1st United Bank, where he was President and CEO.

"With Rudy departing, it's almost to the day three years since the completion of the 1st United deal, and without knowing the specific details, I would be willing to guess that he had a three-year employment agreement with the company that likely expired," Wedbush Securities analyst David Chiaverini said in an interview.

Hovde Group's Joseph Fenech wrote that the timing is surprising but that the news isn't completely shocking, given the age of the executives. He also suggested that the shakeup could be linked to the company's "stagnated" performance in recent years, citing a below-peer profitability profile and lower valuation.

In December 2016, Valley National announced an earnings enhancement program, dubbed LIFT, which brought in a third party to identify opportunities to trim expenses and improve revenue. Chiaverini said the company is targeting $19 million in expense savings and $3 million in revenue enhancement.

"I think this is a way for them to move forward with achieving the goals of project LIFT, and the timing just so happened to coincide with the three-year anniversary of acquiring 1st United," Chiaverini said, adding that based on prior years' compensation, Lipkin made around $4.7 million, and Schupp made $1.6 million. "So right there is $6.3 million. That's one-third of the cost savings that were included in project LIFT."

On Valley National's third-quarter earnings call, Robbins said LIFT will continue to be a "critical initiative for the organization."

"Investors we speak to have grown somewhat disenchanted by the perceived slow pace of change, and so while Mr. Robbins does not bring an outsider’s perspective, we believe investors will be inclined to view his tenure as a fresh start," Fenech noted.

Fenech wrote that it was not clear who Lipkin's immediate successor would be, since the company seemed to "take great pains" to divide operational responsibilities between Robbins and Schupp.

In January, Schupp was named president of the holding company, and Robbins was named president of the bank. "At the time, we speculated that Mr. Schupp’s age would preclude him being named as the long-term successor, and to be frank, Mr. Robbins struck us as being more intimately involved in the key areas of the company’s operations and strategic planning," Fenech wrote.

Sandler O'Neill & Partners analyst Frank Schiraldi wrote that the move made it clear that one would be "heir apparent" to the CEO position. Schiraldi wrote that the "immediate conjecture will likely be that Ira gets the position and therefore Rudy is leaving the bank." He said that while Robbins is "relatively young," he is "highly credentialed and capable."

Going forward, Fenech questioned whether Valley National will continue to expand into Florida. Regardless, he said the state will "almost certainly remain an important component of the franchise."

The company's acquisition of Clearwater-based USAmeriBancorp Inc. is slated to close in the first quarter of 2018.

"Their business right now, they want to have one-third Florida, one-third New York, and one-third New Jersey," Chiaverini said. "After this deal closes, they're going to be roughly in that neighborhood. So I'm not expecting any big additional deals in Florida in the near term."

The company has about $23.78 billion in assets, according to Sept. 30 financials. A Valley National representative could not be reached for comment.