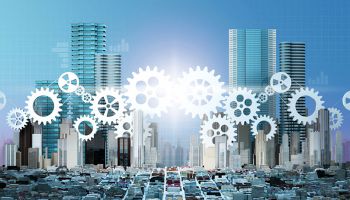 Bank merger-and-acquisition activity permeated Texas and the Southeast in 2017, and bankers say the ingredients for continued deal-making remain in place for this year.

There were 19 bank acquisitions announced in Texas last year and 17 in Florida, ranking the two states first and second, respectively, according to an S&P Global Market Intelligence analysis. In the Southeast, deal activity also was strong in North Carolina. There were 10 deals announced in that state in 2017.

The Southeast also was home to several deals valued above $100 million, with 17 deals across Florida and North Carolina topping that level.

CenterState closed two deals above $100 million last year, both of them in Florida, and it along with other acquisitive banks say sellers, while declining in number following years of consolidation, continue to pull up chairs to deal tables in the Southeast. Several more deals are likely this year, Nichols said.

Buyers are interested in expanding in or getting into the Southeast to capitalize on ongoing population growth that is fueling steady economic expansion and lending opportunities for banks, Nichols said. He added that the absence of a state income tax makes Florida particularly attractive.

Would-be sellers, meanwhile, are eager to join larger banks in order to gain the size necessary to operate more efficiently; to offer more products and continue to invest in evolving technology; and to compete with larger lenders.

Jacob Thompson, a managing director of investment banking at SAMCO Capital Markets, cited the same drivers of M&A in Texas. He said some banks also are motivated to sell because their management teams have reached retirement age, and they view turning their operations over to the executives of larger competitors as wise succession plans.

"I have no reason at this point to think M&A will not continue steadily this year," Thompson said in an interview. "Banking is a scale game. The larger you are, the more opportunities you have for profitability."

Many small banks also continue to grapple with high compliance costs, and they see partnering with a bigger company as a way to spread expenses out over a larger asset base. But, with a Republican White House and Congress pushing a pro-business agenda that includes deregulation, Thompson anticipates compliance costs will diminish some as a reason for bank M&A this year.

Thompson also noted that, with bank stocks up substantially since late 2016, buyers have strong currencies with which to pursue stock-driven deals, and sellers are eager to strike deals while stocks are strong and buyers are able to pay attractive prices.

"That math certainly still works," Thompson said. He added that, aside from unexpected global strife or a sudden economic recession, the one notable threat to M&A this year is a significant drop in bank stocks.

But with stock markets holding strong, a steady stream of deals valued above $100 million is likely again in 2018, particularly in states such as Florida, where there is strong economic appeal and a decreasing number of banks. The dwindling number creates scarcity value for remaining sellers, Nichols said.

That helps explain why Florida was home to the most deals valued above $100 million.

Trend beyond the Southeast

After Florida with 10 and North Carolina with seven, Illinois was third with five, followed by Texas and California with four each.

Several states in the Midwest also proved fertile ground for deal-making last year. With 16 announced deals, Missouri ranked third behind Texas and Florida, followed by Minnesota, whose 14 deals tied it with California for fourth. There were 13 bank deals in sixth-place Illinois last year.

Dubuque, Iowa-based Heartland Financial USA Inc.—which in 2017 announced a bank acquisition in each of Texas, Minnesota, and Colorado—expects to remain acquisitive.

Lynn Fuller, chairman and CEO of Heartland, said in an interview after announcing the Texas deal late in 2017 that possibilities abound in Texas and across the Midwest.