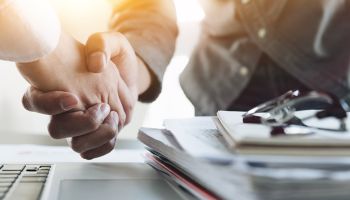 Bank deals could be getting bigger.

An expected increase in a key regulatory asset threshold should encourage some regional banks to start their merger-and-acquisition engines, speakers and attendees said at the recent D.A. Davidson's Financial Institutions Conference in Denver.

Currently, once a bank accumulates more than $50 billion in assets, regulators can classify the bank a systemically important financial institution, or SIFI, a designation that carries costly regulatory requirements. The U.S. Senate passed a bill—S. 2155—that would raise the threshold to $250 billion. [Editor’s note: After this article was originally posted by S&P Global Market Intelligence on May 22 the House passed the legislation, which now goes to President Trump.)

Policy analysts expect the bill to become law, a development that conference attendees said will trigger acquisitions by larger regionals.

"I have no doubt those big banks are having conversations right now with other companies," said Rory McKinney, head of investment banking for D.A. Davidson. "I think [how much occurs] is going to be a function of how does the market view that."

Other attendees also said the level of M&A activity will depend on market reaction to the first large deals. If the first transactions are successful, the deal pipeline could fill quickly. Therefore, it remains unclear how quickly the pending passage of S. 2155 translates to sizable deals.

"It's a good question," said Jay Tejera, an independent bank investor based in Seattle. "I would expect some of them to nibble, maybe look to add 5% to 10% [of their current asset sizes]."

Several large regional banks that stand to benefit from the asset threshold increase: Huntington Bancshares Inc., M&T Bank Corp., Regions Financial Corp., KeyCorp, and Fifth Third Bancorp all have total assets between $100 billion and $150 billion. At that size, even a "nibble" of 10% translates to an acquisition of a $10 billion bank, a rarity in recent years.

Targeting sellers above $10 billion in assets will be a priority for many of the larger acquirers, McKinney said, because of another regulatory asset threshold. Once a bank crosses $10 billion, it becomes subject to regular stress testing, Consumer Financial Protection Bureau supervision and various other requirements.

"[Large acquirers] want to buy stuff that is north of $10 billion in assets because those companies have already gone through some of the regulatory DNA that you need to have. They're already operating like [the large acquirers] to some degree," McKinney said.

S. 2155 could also alter the scope of in-demand targets. In recent years, deal advisers have talked about banks with $2 billion to $5 billion in assets as representing a "sweet spot" because of the $10 billion threshold. By acquiring a bank in that size range, a $9 billion bank could "leap" over the $10 billion threshold, gaining scale to defray regulatory costs.

"It's certainly going to help things out," he said. "If you have $25 billion of assets, how fast do you want to approach $50 billion if that SIFI threshold is there?"

At the same time, attendees said they do not expect a sudden crush of deal activity, considering concerns about pricing and a potential turn in the economic cycle within the next few years. McKinney said the larger banks are particularly picky.

"I think those banks are going to be very selective," McKinney said. "They're not going to do multiple deals. They're probably only going to do one larger deal, and there's only so many big deals to do."

This article originally appeared on S&P Global Market Intelligence’s website on May 11, 2018, under the title, "US regulatory relief should trigger large-bank M&A"