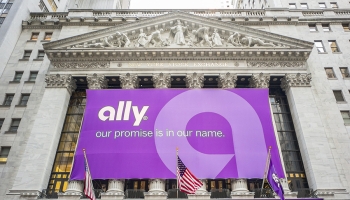 Ally Financial is to acquire credit card and unsecured lending company CardWorks for $2.65 billion, the two firms announced this week.

Jeffrey Brown, chief executive of Detroit, Michigan-based Ally Financial, said the acquisition “directly aligns with our strategic priorities” and “serves as an important milestone in Ally’s evolution to be a full-service financial provider for our customers”.

He added: “Beyond the compelling strategic rationale and financial enhancements this transaction brings, CardWorks is an ideal cultural fit for Ally. Both companies share a deep-rooted history of disciplined risk management and an obsession over the customer.”

Don Berman – chairman, CEO and founder of CardWorks – is to join Ally’s board of directors and its executive management team. He said Ally Financial made for “an ideal partner” for the firm he founded in 1987 and was “complementary” to the firm’s business lines.

“In leveraging Ally’s commitment to innovation and adaptiveness, the combined company will be well positioned to meet the financial needs of our ever-growing customer base and deliver sustainable growth and performance,” Berman said. “Importantly, Ally’s inclusive and purpose-driven culture represents an important shared value between the two companies.”

The transaction will add $4.7 billion of assets and $2.9 billion of deposits to Ally Financial’s balance sheet, as well as providing “instant capability and scale” in the credit card sector, according to the announcement. The credit card market has been growing at 5% a year since 2013, according to data from the Federal Reserve Bank of New York, which Ally said presented a “sizeable” opportunity.

CardWorks is among the 20 largest credit card issuers in the US and is headquartered in New York state, with further bases in Florida, Utah and Pennsylvania. As well as its credit card business, through Merrick it also offers services to recreational and marine vehicle dealers.

Ally’s statement added that, upon completion of the transaction, the banking group would be serving more than 11 million customers in all 50 states “with compelling secured and unsecured banking products”.

The acquisition is subject to regulatory approvals and is expected to close in the third quarter of 2020.

In other merger and acquisition news, Tennessee-based FirstBank has completed its acquisition of the Farmers National Bank of Scottsville. The deal – first announced in September last year – adds $6.4 billion in assets and $5.1 billion in deposits to FirstBank’s balance sheet.

Last month, FirstBank announced it was merging with Franklin Synergy Bank in a deal worth $611 million.

Separately, Associated Banc-Corp has closed its $76.3 million acquisition of First Staunton Bank, expanding Associated’s presence in southern Illinois. First Staunton branches and ATMs have been rebranded and reopened for business on February 17, according to a statement.