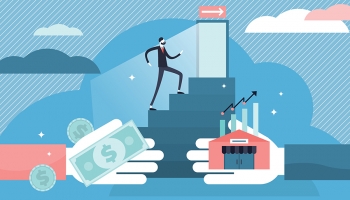 Associated Bank is to sell its insurance and consulting arm to USI Insurance Services in a deal worth $265 million, it announced this week.

Philip Flynn, president and CEO of Associated, said the sale would “further our strategic goals of enhancing shareholder value and being a source of strength for our customers, colleagues and communities”.

He added that there was a “meaningful difference” in valuation between regional banks and insurance brokers that was not reflected in Associated Bank’s share price.

“In addition, the capital provided from this transaction will support loan growth, create an added buffer during these trying economic times, and support our dividend policy,” Flynn said.

The deal is subject to customary closing conditions including regulatory approvals, Associated said. Should it clear these hurdles, the transaction is expected to close  “late in the second quarter or early in the third quarter of 2020”, the bank said.

Following the planned merger, the combined entity would have more than $3 billion in assets and would trade under the TruStone Financial brand, the companies said in a joint statement.

Together, Firefly and TruStone cater for more than 190,000 members across 23 locations in Minnesota and Wisconsin. The combined organization would become the second largest credit union in Minnesota, the companies said, as well as one of the top 100 in the US.

Dale Turner, president and CEO of Firefly, said the merger would “provide a tremendous amount of value to our members, more opportunity for our employees, and would allow us to make a bigger impact on the communities we serve”.

Tim Bosiacki, CEO of TruStone Financial, added: “This merger is a true strategic partnership, one highlighted by the fact that we’re working collaboratively to determine best practices for the combined organization.

“Together we would increase our presence across Minnesota and southeast Wisconsin resulting in more access for our combined membership.  Simply put, this merger is a win-win.”

Turner will take over as president and CEO of the new organization, while Bosiacki will retire upon completion of the merger.

The deal is subject to regulatory approval and a member vote.

The deal, first announced in November 2019, follows a period of growth for United Bank through merger and acquisition activity over the past few years, more than doubling the group’s size.

It bought Virginia Commerce Bank in 2014, followed by Bank of Georgetown in 2016. It acquired Cardinal Financial Corporation in 2017.

Richard Adams, chairman and CEO of United, said the company had been seeking to expand its footprint in the south-east of the US.

“This transaction marks the 32nd acquisition of the current administration and expands our presence in some of the most desirable banking markets in the nation,” he said.