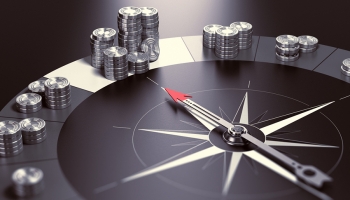 The business oversees approximately $800 million in wealth management assets, with 20 staff including advisors, trust specialists and investment professionals. It was part of Mutual of Omaha Bank, which CIT acquired in a deal completed on January 1.

Following the acquisition, the advisory business has become part of FirstSun’s subsidiary Sunflower Bank, which had $1 billion in wealth management assets prior to the deal’s completion.

FirstSun said the acquisition would boost its “capacity to meet its clients’ expanding financial management and generational family planning needs”, as well as allowing to grow, particularly in the Southwestern region.

CIT chairwoman and chief executive officer Ellen Alemany said her company remained “focused on our core strengths and creating an integrated banking offering for our key commercial and consumer segments of the market”.

Mollie Carter, chairman of FirstSun and Sunflower Bank, said: “Sunflower Bank has leveraged its strong capital base to build a state-of-the-art investment platform, and we look forward to sharing our risk- and tax-optimized wealth solutions with our valued clients.”

The trust and wealth advisory business was part of Mutual of Omaha Bank which CIT acquired at the beginning of 2020.

Elsewhere, FirstBank Puerto Rico has completed the acquisition of Santander’s Puerto Rico business, bringing on board approximately $5.5 billion in assets, $2.7 billion in total loans and $4.2 billion in deposits.

The deal was worth $1.2 billion, including $394.8 million for the equity of the bank and $882.8 million for excess capital, which First Bank said represented “the estimated closing payment pursuant to the terms of the purchase agreement”.

It adds 73 branches and 445 ATMs to FirstBank’s network across Puerto Rico.

Aurelio Alemán, president and chief executive officer of First Bank Puerto Rico, said: “I want to acknowledge the hard work and dedication of both teams who have worked diligently on integration planning and execution throughout the operational disruption caused by the pandemic.”

Separately, the planned merger of Maryland-based Farmers and Merchants Bancshares (F&M Bank) and Carroll Bancorp, the parent company of Carroll Community Bank, has been approved by shareholders and regulators.

Carroll is to be merged with and into F&M Bank, according to a statement published this week.

James Bosley, Jr, F&M Bank’s president and CEO, said: “We believe that the combination of these two community banks will create a stronger, customer-centric institution that will strive to provide the products and services necessary to help customers achieve their financial goals.”