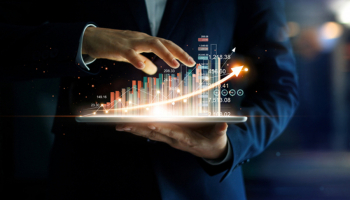 The value of neo and challenger banks worldwide is expected to hit $395 billion in the next five years, according to a new report.

New companies setting out to disrupt traditional banks have grown rapidly in recent years, according to Zion Market Research. In its latest global analysis of the market, it said the sector was worth $19 billion in 2018 – meaning a growth forecast of more than 2,000% in the space of eight years.

This projected compound annual growth rate of more than 46% a year was expected to be driven by these banks’ key advantages over traditional players, including easy accessibility, simplicity, speed, cost-effectiveness, and improved functionality.

The growing use of smartphones was also boosting demand for online and mobile banking, Zion Market Research’s report stated, while their potential product offering was “limitless”.

By region, the European neo and challenger bank market is anticipated to be the leading region until 2026, according to Zion’s forecast. This is attributed to the fact the majority of neo banks are based in the UK – including Monzo, Starling, and Revolut. Another important factor is the UK’s strong SME market, with 5.2 million small and medium sized companies.

However, the US market was still a strong global presence, the research showed.

Zion’s report stated that business banking functionality dominated revenues in 2018, the most recent year of data available, due to increased use of mobile and digital banking as payment methods. However, personal banking is anticipated to register the highest growth rate in the future.

The low cost base of neo banks will also boost growth, the research said, while customers would be attracted by low or no monthly fees and withdrawal costs. Large ATM networks with no fees and reloadable debit cards would also aid expansion.