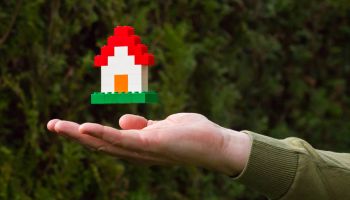 While the economy in the Netherlands looks strong when it comes to employment figures and consumer spending, most citizens in the Netherlands seem to be priced out of home ownership and is not an option, perhaps even for a lifetime.

Buying a home is twice as difficult relative to earnings as it was two decades ago and low interest rates does not seem to be helping. According to Netherlands based Rabobank, homeowners are spending nine times their average salary, whereas in the 1990s a home was between four and five times the average salary. Banks need to consider what this means in terms of strategy when it comes to a bank’s loan business if more than half of their retail customer base will not be looking for a home mortgage but might be interested in other personal loans.

The prices of a home have simply risen much more than salaries, particularly in major cities. Rabobank’s economist told the Netherlands’ newspaper the Telegraaf, “Home ownership may be considered normal, but it is not necessarily an option for the man in the street anymore.”

The average income in the Netherlands is about 36,000 Euros or $42,000 per year, and more than 90% of houses in the Netherlands are not in the price range of the average earner. The question is whether the housing growth is sustainable since potential first time home buyers may not even dream of owning a home.

The numbers are even more discouraging considering most of the 10% of homes that are in the range of the average worker are in areas in which the average household income is lower than the national average.

This is a unique dilemma for the Netherlands as property in the major cities in the country are outpacing the incomes faster than any other western country. Real estate grew by more than sixty percent over a five-year period whereas income rose by a little more than 4%.

While low interest rates might result in wealthy people being enticed to borrow more, stricter credit requirements from banks can have an inverse reaction for citizens with moderate income in the Netherlands.