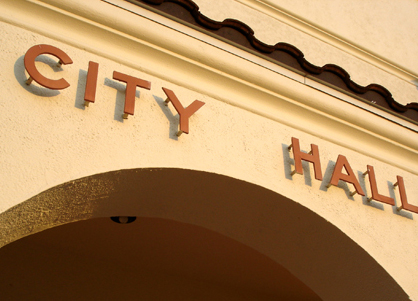 Floodwaters devastated Vernonia, Ore., in late 2007 when the Nehalem River and Rock Creek overflowed after 11 inches of rain fell in 24 hours. Among the casualties of the disaster were all of the community's schools. The district rebuilt, putting up a single K-12 structure for its 700-odd students--on high ground--that opened in time for fall 2012.

The $40 million project required many kinds of assistance. This included a bond issue, government and private grants, and donations. One element of the intricate package was grant anticipation financing, provided by a $265 million-assets California bank that hadn't even opened its doors when the disaster struck.

Such financing helps ensure liquidity as promised funds await formal transfer to the recipient. The deal is just one instance of Wedbush Bank's expansion into an unusual form of lending for community banks, but one that was a natural given the bank's bloodline.

Wedbush Bank, based in Los Angeles, is an affiliate of Wedbush Securities, both owned by Wedbush, Inc. Wedbush Securities is the largest securities and investment banking firm on the West Coast, and a major underwriter of municipal bonds. Indeed, this was the origin of the bank's interest, and expansion into, municipal lending, according to R. Scott Racusin, president and CEO of the bank.

The securities company's Portland, Ore., office found that there were many municipal financing opportunities in its market that were too small for bonds. Officials there suggested that the bank could find some opportunities in the deals that didn't work for the bond house.

Racusin said he and senior staff spoke extensively with bond counsel and with regulators and decided to try out the new loan area. Racusin notes that in most ways the municipal loans resemble C&I credit. They can be made for a wide variety of purposes, maturities, and structures.

The first deal, done two and a half years ago, concerned a construction loan for a small municipality's new city hall. The loan only lasted 90 days, after which the bank was taken out by a long-term lender. But the experience was positive and the bank decided to continue with municipal lending. As it gained experience, more referrals began arriving from the securities affiliate, and at that point Racusin realized the bank needed more muscle and experience behind the program.

So in the fall of 2011 the bank hired a specialist in municipal lending. He'd been working for a larger bank in the same kind of credit, and became Wedbush Bank's head of government and institutional banking. The bank's sweet spot for municipal deals are situations requiring under $4 million. Racusin explains that bond underwriting fees and charges are large enough that, for deals in that range, bond financing isn't practical. "Our fees aren't as high," by comparison, he explains, so the bank has an opportunity to lend and the municipality gets its financing.

Ties to Wedbush Securities,
an active investment bank,
provided Wedbush Bank with
a natural niche in municipal lending.
CEO Scott Racusin hopes to
expand beyond Oregon and
Washington, though so far
the bank doesn't do deals
in California.

Municipal lending opportunities typically surface through requests for proposal from municipalities, according to Racusin. Having an experienced hand on board helps, he explains, because the officer's network of contacts keeps him informed of pending deals that the bank can investigate for potential bids.

Pricing represents one of the win-wins of municipal lending. Market conditions dictate loan rates that are as much as 150 basis points better than banks can obtain on commercial real estate loans today, Racusin says. On the other hand, because there are tax advantages to lenders extending credit to municipalities, some of these savings can be passed along to the borrowers as part of the loan design.

"Overall, I've found it to be a more rational market, in terms of pricing, than I've seen lately in C&I and CRE lending," says Racusin.

Municipalities have a need for more banks to become involved in such lending, according to Racusin. Besides fresh credit needs, municipalities have been looking to refinance tranches of securities issued in the past, to obtain lower rates. Such transactions, called "refundings," use bank credit to replace tranches that are called to cut interest costs. Since moving into this credit type, the bank has done 20 transactions for a gross amount of $26.8 million, according to Racusin. As of the end of April, $19.1 million remains outstanding. This represents 13.8% of the bank's loan portfolio. Since the effort was launched, the bank has also begun pursuing muni loans in Washington state as well. While no formal target has been set for the activity, Racusin says this is a growth area for the bank and that additional staff may be added going forward. 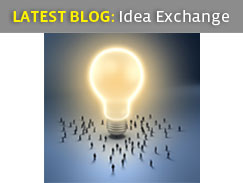 Welcome to Idea Exchange, a place where good ideas can be found and shared.

Municipalities prefer fixed rates, and the bank has gone out as long as 10-15 years in structuring the loans. As a result, hedging is used to protect the bank against interest-rate risk. The loans are funded by money market deposit accounts and fixed-pay interest rate swaps are used to hedge on the deposit side.

Fixed-rate lending is a fact of life in this arena. "If you are going to be competitive in this market, that's what you have to do," says Racusin.

Muncipal lending has many nuances. A bank doing this must have an eye on the municipal unit's finances. "You have to not only see  how the municipalities look, but also how the state looks," says Racusin. While Wedbush bank is based in California, the much-publicized financial issues facing government entities in the state have made management cautious closer to home.

The finances of the muncipality must be carefully examined, as well. A single government entity may have multiple funds, some restricted and some unrestricted, so a bank can't regard all of its monies when determining creditworthiness and capacity.

Typically, the bank does not have the opportunity to cross-sell deposit services as part of these deals, being an out-of-state lender. Racusin explains that municipalities, by policy or by preference, tend to deposit with institutions in their home state.

"They came in with a very aggressive price in order to protect the deposit," says Racusin.