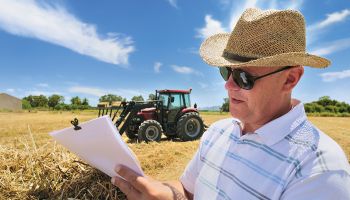 No one knew the depths of Mom’s feelings about the farm until the will had been probated. At a family meeting Mom walked up to the family lawyer and said, “Sell it,” and left. She never returned to the farm again.

Her grown son, who had worked the farm and intended to keep doing so, hasn’t spoken to his mother in the nearly two years since she walked out that door.

Why had Mom put the farm on the block so quickly? So unreservedly? So single-mindedly?

She was killing her husband’s mistress.

“He loved that farm more than he loved me,” she explained to a family advisor. “The farm always came first. I always came last.”

“That farm became, to her, The Mistress,” said Ronald Hanson, speaker during ABA’s National Agricultural Bankers Conference last November. “As soon as Dad was gone, she took care of The Mistress.”

Clearly, Mom’s hatred for the farm transcended any semblance of family financial planning or any other family attachment. Though her case is extreme, Hanson, speaking on “Keeping A Farm In The Family For The Next Generation: Do Your Customers Have A Succession Plan?,” said lack of succession dogs most family farms to some significant degree.

Why farmers fail to plan

As extreme as Hanson’s example was, he had others where emotions ran quite high. There is a client couple he speaks of where the husband and wife picked chairs at opposite ends of Hanson’s office when they arrived for an appointment to work out disagreements about the estate plan. Hours later, no progress had been made. Dad wanted the farm to go to his sons, Mom wanted their daughters to benefit as well, when they were gone. He told that story and then related how an audience member at a farm women’s gathering had answered him when he asked for their guesses on how that couple’s case turned out.

“Why, Professor Hanson, he’s going to die in his sleep,” the woman predicted—leaving the farm wife to apportion things as she saw fit.

Grisly as that sounds, farm transfers come with tremendous baggage, said Hanson, who besides advising farm families is Neal E. Harland Professor of Agribusiness in the Department of Agricultural Economics at the University of Nebraska-Lincoln.

Fear of death plays a big part, as it does when planning for any estate fails to begin. Confronting life without being able to farm, due to incapacity, similarly prevents some farmers from getting started. Longstanding family grievances—feelings about, and among, children who stayed on the farm and those who left the farm, feelings about sons-in-law and daughters-in-law, all can play a part.

But another stumbling block is dealing with loss of control, said Hanson. As an example, he spoke of a 68-year-old son who continues to operate the family farm for  his mother. When Hanson came into the situation to seek a solution, the mother, long resident at a rest home, explained why she wouldn’t turn the keys over to anyone else.

She told Hanson that so long as she stayed legally in charge of the farm, family came out to see her on Sundays, on her birthday, for holidays.

“I’m not going to be alone,” she told Hanson, and refused to budge, intent on keeping the family in touch with her under such terms.

Control issues surface in other ways. Fathers refuse to delegate decisionmaking, for instance, though the son may really be doing all the work of running the farm. More than once, Hanson has heard the declaration, “As long as my name is on that checking account …”

Acknowledging all these factors, Hanson insists that farmers, and the bankers who advise them, must confront death.

“It’s never too early to begin the planning process,” said Hanson—“but it can be too late.”

The process takes huge amounts of time, grows complicated, and drains energy through emotion, he warned. But “too late” is as close as Grandma’s death or mental disability or Dad’s stroke.

“Parents hang on too long and too much,” said Hanson.

Once the threshold has been crossed,  so that succession is at least being considered, fresh and discomforting thoughts arise. Among these, according to Hanson, are questions like: Will the family lose the farm after I’m gone? What if they sell the farm?

Uncomfortable as such questions can be, they aren’t going to go away or get better without planning. Hanson said a key fork in decisonmaking is the family’s view on the farm’s desired place in its future. Ideally, this decision should involve everyone—leaving out sons-in-law and daughters-in-law can poison later developments, Hanson warns.

What is the farm, ultimately?

The central issue is, how do the parents ultimately see their farm? As a collection of assets that can be converted to cash for division among all family members? Or as a family legacy, to be passed on to the next generation, intact?

This is where affairs can begin to grow complicated, especially when a family includes both children who have left the farm and children who stayed on, happily or out of a sense of family duty or personal responsibility.

Two common attitudes about family farming got skewered by Hanson. First, he says he teaches his farm students to ditch the idea that by their simple existence their parents owe them an inheritance.

“I tell them that ‘Your Mom and Dad owe you nothing’,” said Hanson. He objects to succeeding generations’ sense of entitlement.

His other target is the attitude that simply staying on the farm creates entitlement. “I hate the words ‘sweat equity’,” he said.

Hanson’s point is that having stayed on the farm ought not confer special privileges nor an unfair share in an estate’s assets versus others of that generation that chose to leave the farm. His preference is for those who decide to stay on to own and run the farm to find a way to convey assets or cash to nonfarm siblings—hence the need for honest and advance planning. Effectively, they would be buying out their siblings’ shares. Alternatively, he said, parents with sufficient nonfarm assets can find a means of fairly distributing like value to children.

If this sounds complex, it can be. Thus, Hanson said, the cost of financial, accounting, and legal experts, while an expense, can be well worth it to help get a sound farm estate plan in place that will treat everyone fairly.

Absent the unexpected, a farm transfer plan lacks a starting point, unless that, as well, has been discussed and agreed upon. Will the older generation have an official retirement commencement? Will there be a transition period? All of that has to be discussed and planned for.

“A goal without a deadline is nothing more than a dream,” said Hanson.

Hanson suggested that succession plans increasingly need to consider more than solely “the next generation.” As farmers stay in business longer, he said, their own children may be inheriting operations at a much older age than once was the case. Thus, active management by children’s children may be an issue that has to be confronted.

Here there are additional emotional issues, as well. The next generation isn’t always the right party or parties to run the farm, for some reason.

Hard as it is, today’s farmer must be sure to have a separate “Boss hat” from his “Dad hat.” Hanson told the story of a farmer who took a cold hard look at things and realized his son wasn’t the man to run the farm going forward.

“I fired my son, and I kicked him off the farm,” Hanson said the farmer told him, “and yet I love my son.”