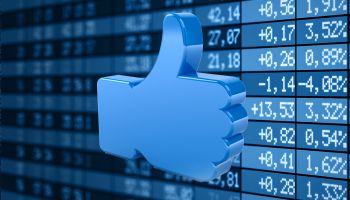 Industry observers told SNL that investors were excited by banks whose fundamental core performance, earnings, recoveries, or acquisitions in some way set them apart from peers. They also like institutions that are positioned through their platforms or distribution networks to capitalize on modern conveniences and potentially increasing rates.

Most of the banks had between $1 billion and $10 billion in assets; some believe the range is a sweet spot for bank earnings and share performance. Deal activity was no guarantee of a spot on the top share returns, though some serial acquirers or well-received merger-of-equals parties were featured as outperformers; some of the largest underperformers also struck deals in 2013. The median year-to-date return for the top 15 bank stocks was 83.60%, compared to an industry median of 32.89%. The median year-to-date return for the bottom 15 performing stocks was 0.81%. 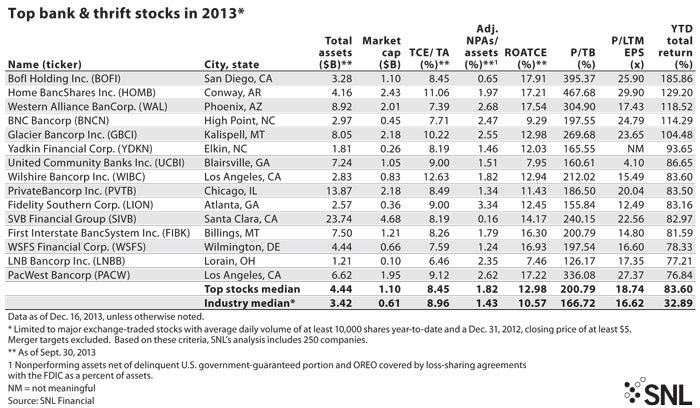 Standing out from the crowd

He said that while the companies are very different and lacked commonality at first glance, they all had platforms oriented for growth in 2013 and excited investors about their prospects.

PrivateBancorp, which has $13.87 billion in assets, demonstrated impressive loan growth in the third quarter and is positioned for higher rates going forward; its shares had a year-to-date total return of 83.50%.

Western Alliance, which has $8.92 billion in assets, benefited from stronger investor sentiment as the housing market in areas like Arizona and California continued to recover; it had a year-to-date total return of 118.52%.

"I think having the unique platform has been behind the growth coming out of the financial crisis, and I would call them story stocks," he said. "All of these companies have been able to create some sort of buzz surrounding their company that has separated themselves from the others."

Inland markets nearer to the Rocky Mountains lagged eight to nine months behind the coastal markets, and their recoveries were more evident in 2013. Glacier, First Interstate, and Western Alliance also experienced a drop in credit costs and a reduction in business risk, he added.

Los Angeles-based Wilshire Bancorp Inc., which has $2.83 billion in assets, is another bank in Coffey's coverage universe that capped off its 2013 with impressive outperformance. He attributed the performance to an in-market deal that followed several years of rebuilding through a capital raise, resolved credit issues and management changes. Its acquisition of in-market competitor Saehan Bancorp afforded it a total of 60% in cost savings, he said. 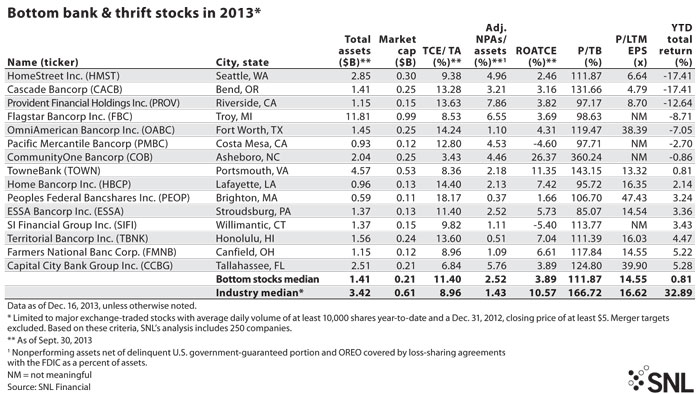 The performance of several banks in Coffey's universe improved beyond any of his expectations, and he anticipates many will make "a decent" amount of money next year, especially as the yield curve steepens. Much of the stock outperformance was related to core, fundamental performances and earnings at banks, he said, compared to 2010 and 2011 when stocks move on "what could happen or might happen in terms of credit quality, asset write-downs and capital raises."

Additionally, one of the major market changes in the West has been the increasing amount of transformational merger-of-equals activity. These compelling deals have caused CEOs to eye peer banks in nearby markets in a different light.

"[It] changes the complete dynamic of the M&A market, and it changes the expected valuation of banks," Coffey said. "I see 2013 as kind of a tipping point. Things changed this year."

The No. 1 spot for top stock returns for 2013 went to BofI Holdings, which had a year-to-date return of 185.86%. McEvoy at Oppenheimer said its differentiated operating platform as a branchless bank, which has $3.28 billion in assets, has attracted a large amount of investor interest in the last 12 months, especially as companies use branch closures to cut costs. The bank itself also showed strong growth in both earnings and loans.

Grand Slam Asset Management Principal Mitch Sacks is a former shareholder of BofI Holdings who bought into the company below book value and subsequently sold it due to valuation. He said he would be hard-pressed to name a bank that has better ROE or ROA than BofI Holdings, and he said its earnings come from running a clean, healthy bank with strong credit rather than "buying loans cheap from the FDIC."

The bank also bought up loans from Ginnie Mae and Fannie Mae prior to the financial crisis, creating a boon for them when the bubble burst and allowing them to buy loans cheaply from competitors who were forced to sell.

"They deserve to trade at a premium to other banks because the return and bad debt characteristics are fabulous. They most certainly deserve a premium over other bank stocks — there's no doubt in my mind about that," he said. "If you look at stock on a P-multiple, it's probably still cheap because they're growing at a rate above the price to earnings. If you looked at traditional price to book, it's not so cheap, but their ROE is so much higher than other banks [that] it's possibly deserved."

But BofI Holding's outperformance in 2013 means success could be hard to replicate in 2014, and McEvoy has a "perform" rating on the bank that functions as a "hold." In fact, he believes BofI, Western Alliance and PrivateBancorp might encounter difficulty in posting similar gains in the year ahead.

But the year was not a good one for some banks, although even some of the bottom performers posted positive returns.

SNL data show Seattle-based HomeStreet Inc., which has $2.85 billion in assets, saw its stock price struggle the most, with a year-to-date total return of negative 17.41%.

Coffey, who also covers HomeStreet in addition to a swath of top performers, said the slowdown of mortgage business and the refinancing boom happened earlier than the bank and he anticipated. Mortgage banking became a drag on earnings instead of an enhancement, and commercial banking provided less of a boost to earnings.

Home Street management also made several hires on the commercial side in 2013, inflating expenses, and it also announced two bank deals. However, Coffey believes the drag on shares should be attributed mainly to mortgage banking and the midyear talks about the tapering of quantitative easing. 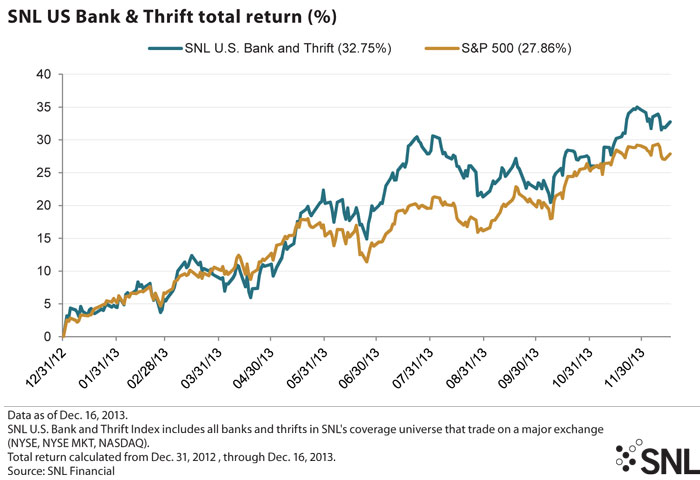