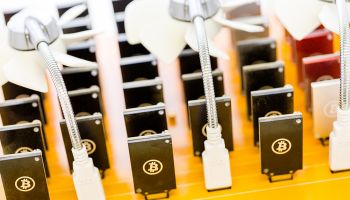 While Bitcoin now is mostly known as a currency and as a payment method, in the medium-to-long run, the blockchain technology behind Bitcoin has the potential to be a disruptive influence way beyond payments, says Celent in a new report.

“We think that everyone in financial services—from banks and traditional payment systems to insurance carriers and exchanges, central counterparty clearinghouses, and settlement systems—should know and care about Bitcoin,” its report says.

The report notes manifold challenges facing Bitcoin in its quest for mass-market adoption. Of the top ten challenges identified by the report, poor user experience, safety of funds, and regulatory concerns leading to regulatory uncertainty are seen as the most damaging for Bitcoin’s near-term success. The protocol’s decentralized nature is both one of the most attractive features for Bitcoin supporters and a considerable challenge for the overall ecosystem.

However, it would be short-sighted not to recognize that at the heart of Bitcoin is a fundamental innovation—a decentralized cryptographic ledger called blockchain. Bitcoin is the first implementation of such a ledger and keeps track of value-transfer transactions. Yet, such a cryptoledger could also be used to exchange and keep track of other digital assets, from a wide range of financial instruments to public records to smart contracts. There are a number of projects under way, seeking to either enhance the features of Bitcoin or to develop alternative approaches based on similar underlying principles. Some of them, such as Ripple, look particularly promising and are beginning to enjoy success in trying to improve rather than replace the established ecosystem.

Celent postulates the potential onset of a truly disruptive revolution. “Just like HTTP became a protocol for information exchange, Bitcoin, Ripple, and other decentralized ledger-based solutions might be seen as the protocol for value exchange, promising exciting possibilities, some of which are difficult to imagine at this stage,” the report says.

“Bitcoin, and especially its underlying technology blockchain, is a marvelous technological innovation. However, in its current form it may never be ready for prime time,” says Zilvinas Bareisis, senior analyst with Celent’s Banking Group and author of the report. “And that is the challenge for established players today: engaging with cryptocurrencies directly is risky in the short term, but ignoring them altogether might look very foolish in the long term.”