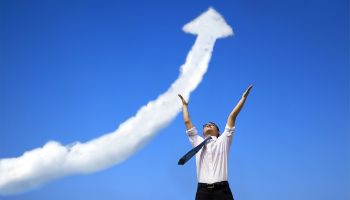 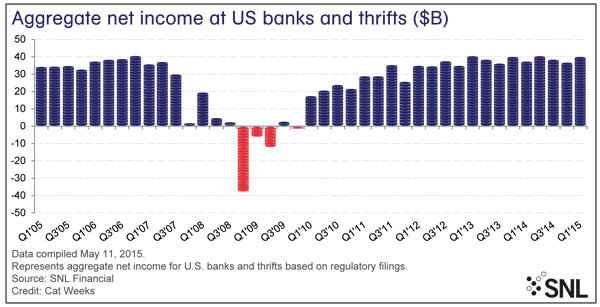 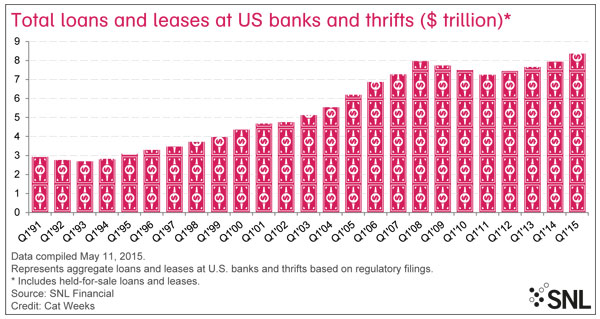 Alongside the growth in loans, the aggregate provision for loan losses taken by the industry also increased in the first quarter to $8.37 billion from $8.25 billion in the prior quarter and $7.61 billion in the year-ago quarter.

SNL's data, which is not adjusted for inflation, is based on financial results reported by banks in call reports filed with regulators. Results prior to 2012 include data filed in thrift financial reports. Some banks may amend their results in the weeks leading up to the FDIC's official release of its quarterly banking profile. Data points for prior periods stated above may not match previous articles due to companies subsequently amending their call reports. The data does not include credit unions.