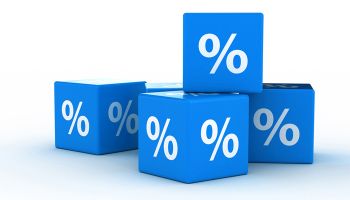 A shift shouldn’t have to be a shock to get your attention.

Here’s what I’m getting at.

Darling Consulting Group runs between 10 to 15 different potential interest-rate scenarios on behalf of our clients on a quarterly basis. These cover both Earnings at Risk and Economic Value of Equity calculations and include gradual ramps, instantaneous/permanent shocks, and flattening of market yield curves, with rates up and rates down anywhere from -100 basis points to +500 basis points.

Notwithstanding any of these realistic—or potentially unrealistic—scenarios, there is one scenario that ALCO groups across the country should be talking about: What happens when the Fed moves rates higher by 50 bps, perhaps over the next six to nine months?

Yes, it is nice to show the examiners that you are looking at over 10 different scenarios a quarter. But the reality is that one of the most likely scenarios out there today is one that very few bankers are really digging into and being honest with themselves about.

As an institution, I may update my core deposit study on a regular basis and feel pretty confident that I can quantitatively defend the assumed upward movement on deposit rates that is built into my interest rate risk model.

Absent a full deposit study, a common technique is to look back to a prior rising rate cycle and peak in rates and analyze where the bank’s deposit rates were at that point in time.  Reminder: We are halfway through 2015 and the last time short-term interest rates increased was 2004-2006—11 years ago.

What percentage of my existing funding base was even with the bank 11 years ago?

Notwithstanding, this analysis is a starting point for discussion and may give management some level of comfort that if rates went up 400-500 bps over a two-to-three-year period, the bank would need to have its savings/NOW/MMDA/CD rates in some ballpark of where they have been historically.

Clearly, markets and levels of competition change and liquidity positions/funding needs change; however, this is normally a good starting point for looking at potential deposit sensitivity.

Without completely discounting the analysis above, is there anyone out there who actually thinks rates are going up 400-500 bps any time in the near future? Me neither.

How about this scenario, instead: What if rates jumped 50 bps at the short end of the yield curve by the end of 2015? At this point in time, that may be a more realistic scenario.

Interestingly, most ALCOs I talk to say they will do nothing in terms of rate increases on their core funding base if market rates jump 50 bps.  OK, fair enough.

What if you don’t have any wholesale funding on your balance sheet?

In reality, your depositors don’t know and don’t care!

If you are sitting on a large balance of MMDAs at 0.25% today and short-term market rates jump 50 bps, the institution across the street may have higher levels of wholesale funding that its management wants to pay down.

More than likely, that bank’s rates are going up and you need to be fully aware of the potential impact to your bank from not only a liquidity perspective but also from a potential interest rate risk perspective.

I met with a bank recently that had 27,500 non-maturity deposit accounts.  Of those accounts, 125 accounts made up 25% of the total balances.

Before rates move up 50 bps on the short end, institutions need to look in the mirror.  They need to be honest about what they truly believe they will need to do to retain these larger and more material balances if the bank or credit union across the street increases their already high rate special by another 50-75 bps.

In some cases, the answer may be to do nothing.

However, it would be worthwhile to at least sit down with the appropriate people at your institution and make sure you are 100% comfortable with what your model has provided for potential sensitivity and what you believe may or will actually happen.

Where’s your bank’s breakeven point?  Isolating the potential impact to the bank’s bottom line with market rates less than one year (Prime/FF/FHLB/LIBOR) increasing by 50 bps can be a very valuable exercise.

Example: In running this analysis, an institution may find that their run rate of net interest income jumps by $200,000.  The big wildcard for them is that they have a $150,000 MMDA base and they now know that they can increase that rate by 13 bps and still break even. (The benefit of the market rate impact is exactly offset by the 13 bp rate increase on the MMDA base.)

This institution may be able to beat that or may need to increase that rate even higher.  At least they now have a starting point for discussion.  What they have also learned is that if they increased their MMDA rate by 13 bps, they now have zero room for NOW, savings, and CD rate increases before they are sitting with lower levels of net interest income than today.

Don’t expect help on the loan side

Every day, it seems like regardless of where the long end of the yield curve goes (which has been all over the place), commercial loan pricing grows more and more competitive. Rates and spreads keep coming down and the terms and maturities keep getting longer.

Let’s circle back to the potential for short-term interest rates to increase by 50bps by the end of 2015.  Many banks have done a good job over the past few years in growing their loan portfolios and absorbing cashflow from the bond portfolio. However, there are many that are still sitting on a lot of liquidity and starved for loans and higher-yielding assets.

On commercial loan pricing, most interest rate risk models would show an increase in those rates when replacing existing cashflows with new loan volume if short rates jumped 50 bps.  What if:

• And commercial loan rates/pricing do not move?

Have you factored that potential impact into the rising rate scenarios in your bank’s interest rate risk models? I have had that discussion with many ALCOs across the country.

Example: Everyone in the market is doing 5-year deals with a 25-year amortization at 3.75%.  If rates increase, who has the intestinal fortitude to be the first one to jump to 4.25% on a 5-year deal and potentially be the highest rate in their market?  I think you’ll find that many institutions in your market will follow your lead but who is willing and has the guts to potentially turn away deals that they could have had at 3.75%?  Who will be “that guy” who is now setting a rate floor at 4.25%?

On the other hand, if your bank will be the institution that lags loan rates when rates increase—in order to continue to generate volume—you may have more exposure than you initially thought.

Where do I go from here?

I challenge every reader of this article to circle back with your management team and make sure you have looked at the potential for all of these issues if rates went up 50 bps.

Yes, rates may eventually be up 200-300bps over the next few years. But preparing your institution now for the first 50bps is a must!

Steve Boselli is a senior consultant at Darling Consulting Group, where he consults with financial institutions of all sizes across the country on balance sheet management strategies. Since joining the firm in 2005, he has held various positions within DCG, assisting clients in all aspects of ALM, including quarterly ALM modeling/consulting for advisory clients, process reviews, model validations, policy development/reviews, strategy development sessions, capital management/planning, and contingency liquidity planning. Prior to joining DCG, Steve worked for a small investment firm for three years.