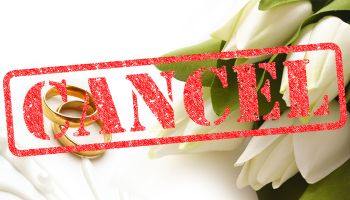 Should exceptional volatility continue to permeate stock markets, dragging down acquisitive banks' currencies and amplifying uncertainty broadly, merger-and-acquisition activity among community banks could stall in the second half of 2015, a range of industry insiders tell SNL.

"I think this definitely could have an impact," Matthew Shields, a bank stocks trader and director in Hovde Group LLC's equity capital markets group, told SNL.

Bank stocks, along with the broader markets, swooned during the first day of trading this week [Editor’s Note: SNL Financial orignally published this report in late August] and then finished down substantially again the following day amid troubles in China and other global economic concerns. During the two days of trading, stocks seesawed at different points, swinging to deep lows, then recovering some ground, then falling again.

Such volatility tends to push investors to the sidelines. And banks face additional investor pressure. Until this past week, Shields said, many market participants had anticipated that Federal Reserve policymakers would begin to lift short-term interest rates in September; that helped boost bank stocks this summer because long-awaited hikes in rates could lift lending profitability for asset-sensitive banks. But now, he said, that outlook has suddenly changed against the backdrop of economic woe in China, with many analysts and investors looking for a rate increase no earlier than December.

"There's suddenly a whole bunch of uncertainty out there," Shields said, making it unlikely that the Fed will act soon. "The more people we talk to after the sell-off, the more we are hearing that September is off the table."

That all helps explain why, during the market drop of Aug. 24 and Aug. 25, banks stocks plunged further than the broader markets.

Currently, a matter of currency

And all of that, too, helps explain why doubts are emerging about bank M&A the rest of this year.

As bank stocks fall or fluctuate significantly, buyers' currencies are weakened or at least become more difficult to rely upon when negotiating deals. Since most deals involving publicly traded banks are stock or cash-and-stock transactions, it stands to reason that both buyers and sellers might step back for a period and wait to see how and when bank stocks and broader markets settle.

And that could both slow current M&A talks and push into the future transactions that might otherwise have been inked later this year.

"Anything that creates volatility in the buyers' stocks can hurt M&A initially because as banks negotiate, the buyers' currencies help set the price," Jefferson Harralson, a bank analyst at Keefe Bruyette & Woods Inc., told SNL. "Volatility can make that difficult and that can push deals off."

Harralson said cash-only deals could of course proceed, but there are relatively few buyers on the prowl with the cash on hand to pursue such transactions. And he notes that even among cash-strong buyers, many often prefer to use at least some stock to get deals done because cash-only buyouts can present negative implications on banks' capital levels.

"So it's a very select group that goes that route," he said.

Deals made may get re-made

What's more, Shields said, some banks that already have announced deals may have to return to the negotiation table because most acquisition agreements include "floors" on the stock prices, meaning that if, after a certain period, a stock remains below a designated low point, a seller can pursue new terms.

"They may have to circle back on pricing," he said.

The steady activity has been driven largely by deals in the community bank space, where lenders are grappling with heavy regulatory burdens, rising technology costs, stiff competition from both larger banks and less regulated non-banks, and lean profit margins on loans. Those pressures have spurred many small banks to sell.

Analysts say that a pause imposed by the stock market gyrations, should one indeed develop, is not likely to derail M&A activity indefinitely. The forces driving deals up to this point persist—including low rates, which now appear more likely to remain low for longer—and are all but sure to drive talks once markets stabilize.

"So I can see the volatility we're seeing now dampening [M&A] in the near term, but over time I could see continued low rates actually pushing activity higher," Harralson said.

That noted, one other big wildcard remains: low oil prices. When it comes to M&A, this is more of a regional issue, affecting energy-heavy states such as Texas.

Jacob Thompson, a managing director of investment banking at SAMCO Capital Markets, told SNL that while there have been notable deals announced recently in Texas, he thinks M&A talks have calmed some this summer because of a renewed slump in oil prices. Crude oil prices dipped below $40 per barrel this month, hovering around six-year lows amid global oversupply.

"It seems like it has quieted down some," he said, despite recent headlines announcing Prosperity Bancshares Inc.'s deal to acquire Houston-based Tradition Bancshares Inc., and Independent Bank Group Inc.'s plan to buy Dallas-based Grand Bank.

"It is making it more challenging going forward," Thompson said. He said even if a target does not have significant direct exposure to the energy sector, the longer that oil prices remain low, the more likely it is that local economies in Texas and neighboring states will suffer because many of them rely upon strength in energy spending and employment to bolster their fiscal health.

This article originally appeared on SNL Financial’s website under the title, "Market swoon and new doubts could curb bank M&A"