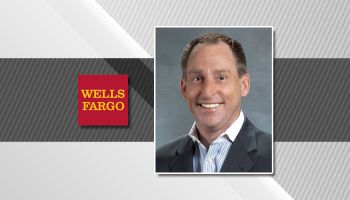 Recently Wells Fargo’s Eric Houser was looking at a job candidate who had no accounting or finance education at all. Academically, she had majored in environmental affairs and minored in economics. But on the personal side, Houser and his staff saw that she had good soft skills. Houser says she was a strong candidate for the Wells’ Technology Banking Division, part of Wells Fargo Commercial Banking.

How can a business banker candidate begin a career without financial coursework? Houser, executive vice-president and head of the tech division, isn’t bothered by this at all.

“We don’t have dedicated lenders only,” explains Houser, an 18-year Wells veteran with extensive banking experience. “We have relationship managers who do credit, relationship banking, and cross-selling. They are broader than just lending money.”

And they are broader than banking, as well. Wells will look beyond just business school graduates to find people who can work with tech companies.

“We’re forcing ourselves to think differently about the talent we acquire,” Houser says. The bank recruits tech bankers from a wide range of educational backgrounds, now.

Houser’s division works with a very eclectic group of companies, firms that like it when bankers calling on them understand what they are about. Houser says people such as the candidate described can be taught banking skills at Wells. Having people skills are critical, and “fit” is critical. Being able to relate to the founder of a tech firm outside the work environment, for instance, is considered important at Wells.

As the tech banking business grows, says Houser, the bank needs to find officers who see the world as tech customers do and who can communicate with them their way.

“Email, chat, IM, text, social media,” says Houser, ticking off channels. “If you don’t have the skill to connect with your clients, that’s going to show the client something.”

Changing along with the tech business

In part, Wells’ overall tech banking market philosophy reflects a long-running evolution in the bank’s approach to this area. Wells turned it into a specialty within the bank in 1999. In addition, the overall approach reflects the broadening of the tech banking space as Wells defines it and as tech companies’ needs have continued to evolve.

Back in the 1990s, everything Wells did in tech banking centered on California’s Silicon Valley, and the bank approached it in a traditional fashion, with mainstream bankers.

“General commercial bankers were trying to serve tech companies. They were doing a pretty good job of it. But you really want to put a banker in front of a company that they can relate to, where they have some experience in that business, where they can differentiate themselves,” says Houser, who spoke with Banking Exchange this summer at the joint New York City meeting of NextBank and Innotribe. “You want to put tech bankers in front of tech companies.”

Tech Banking began with a focus on Northern California (including Silicon Valley), and has been steadily expanding to additional U.S. technology centers, beginning with Southern California in 2006. This has been followed by Austin, Texas (2010), Boston (2012), Seattle (2013), and Denver (2014)—nine offices in all in those markets. While the bank has not yet opened Tech Banking offices in New York, a growing tech market, it has been serving tech clientele there out of the Boston office.

“We’re going to hire more people in the geographies we’re in and we’re going to be going into new geographies as well,” says Houser. The bank needs people who can look beyond transactional business to bring a more holistic view on serving tech company requirements. Houser explains that Wells’ wholesale bank alone comprises over 80 product and service categories, any of which may fulfill a need. He’d rather have bankers who can bring a broad view to tech banking that will deepen relationships than bankers who scout for the big standalone deal.

“We want to be there for all cycles, and we take a long-term view of our relationships,” says Houser, noting that tech in general is currently enjoying an upswing. Having seen the dot.com bubble and more, he knows that change is a constant in tech.

• “Clean” tech: This includes solar energy, wind energy, energy storage, and more (where the recent job candidate would be a good fit).

• Fintech: This runs the gamut from payments technology to alternate lending to other new ideas in financial services technology.

Houser says that agriculture technology is growing in importance, and that this ties in well with the bank’s position as the nation’s leading agriculture lender. Developing more ag-tech business is very much in the cards, he says.

“The tech and ag economies are converging, right now,” says Houser. “How to work with the companies introducing technology into the agricultural sector is something we are beginning to spend a little time on.”

Within each formal team area there are sub-specialties. These include venture-capital-backed high-growth companies. Another focus is on middle-market customers, on public or private companies that are profitable. Another focus is the corporate market, companies with between $500 million to $1 billion and above in annual revenues. The latter are more mature companies with larger borrowing needs. Wells banks some major household names in the tech area.

Wells doesn’t go after “two guys in a garage,” but corporately it sponsors an incubator called Startup Accelerator that assists young tech companies with technologies that could be adapted by financial services companies to grow, and learn to sell to large financial institutions.

Houser says the dot.com boom and later bust taught lessons that have been absorbed by the latest generations of tech entrepreneurs, which has helped them in working with banks.

“What’s evolved is more support structure around companies,” House explains. “The younger founder/CEO today will more quickly surround himself with more-senior executives than in the past. Young CEOs tend to bring some ‘adult supervision’ to the table.”

Credit for tech, and beyond credit

Middle market or corporate companies have some cash flow going, being more established, though often they lack hard collateral.

High-growth companies can be different. “Very commonly they are not producing cash flow yet because they are still growing. So they are leaning on and spending the equity that they’ve raised from their investor syndicate. So when we lend to a company with that profile,  where the cash flow is negative, we need to have a pretty strong secondary source of repayment, which is collateral.”

In some cases that collateral may include intellectual property—patents owned, for example. “It depends on their risk profile,” says Houser.

A key part of the due diligence on a client, especially a younger company, is its ability to raise additional equity. Houser says that most private companies will do multiple stages of fund raising.

“Every time they hit a milestone they will raise more money, so part of our due diligence concerns the company’s investor syndicate,” says Houser. “Do they have the ability to put more money into the company and under what circumstances would they do that? Because that’s an important source of repayment for us if the assets don’t hold up.”

Houser explains that the capitalization of tech companies tends to be equity-based, with less use of debt compared to other financial sectors. Overall there is somewhat more use of debt among more mature tech players who have made it through their early days.

That said, “equity will drive the capitalization of most tech companies,” Houser adds.

The Tech Banking Division’s work goes beyond credit, as noted. Wells declines to reveal the mix of income sources in the tech banking operation. To Houser, providing what the tech customer needs when they need it is where Wells officers should be thinking.

There’s going to be growing potential for tech banking, because “every economic sector will be impacted in some way by tech,” says Houser.

Staying in touch with the state of the art will be critical for everyone in the division. Houser recognizes that increasingly companies will be producing technology keyed not to his generation nor to his mothers’, but towards his kids.

“The definition of ‘consumer’ is getting increasingly bifurcated,” he says.

In a related vein, the bank increasingly finds itself taking measures to keep its newest players, of the millennial generation, on track to work the tech business for the bank. Management tries to keep the job interesting, even through the essential training that many fledgling tech bankers will require in banking skills. An effort is made to expose the young bankers to areas beyond their immediate assignment.

“When they are not challenged,” says Houser, “they tend to get antsy. There’s a lot of curiosity in millennials. They don’t want to just sit behind a desk.”