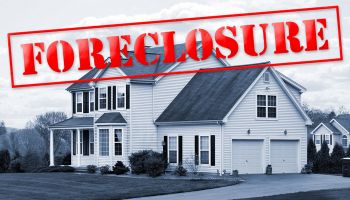 On Feb. 9 the Office of the Comptroller of the Currency terminated consent orders imposed on U.S. Bank and Santander after the banks were found non-compliant with requirements of a 2011 Independent Foreclosure Review. The consent orders were augmented last June, with limits placed on the banks’ residential mortgage operations until they were deemed to be in compliance.

Both banks were assessed civil penalties for failing to make mandated corrections in a timely fashion. Minneapolis-based U.S. Bank agreed to pay $10 million in penalties, and Santander, headquartered in Spain, settled its claim for $3.4 million. With its determination that the banks are now in compliance, OCC lifted its restrictions on their mortgage-servicing businesses.

Looking back at robo-signing controversy

U.S. Bank and Santander were among ten institutions hit with consent orders in 2011 after regulators determined the banks were engaged in deceptive foreclosure practices such as robo-signing, i.e., a bank employee signing foreclosure documents without reviewing them. To settle that claim, the banks agreed to pay $10 billion collectively and to correct the offending behaviors.

Bank of America, Citibank, PNC Bank, and OneWest were released from their consent orders last summer.

However, the OCC announced that the six remaining—EverBank, HSBC, JPMorgan Chase, Santander Bank, U.S. Bank, and Wells Fargo—had not implemented all the reforms. The banks were placed under additional restrictions, including limitations on their ability to acquire or contract residential servicing rights and to reposition senior employees responsible for mortgage servicing.

Representatives of U.S. Bank and Santander spoke positively of the new development.

“We are pleased to have this matter with the OCC resolved and remain committed to providing exceptional service to our residential mortgage customers,” said Dana Ripley, senior vice-president of corporate communications for U.S. Bank. “Our employees have worked very hard over the past few years to implement improvements to our processes that will enhance our customers’ experiences, should some of our residential mortgage borrowers experience hardships, such as bankruptcy or loan default.”

Ripley said U.S. Bank embraces “the highest standards of compliance” and works constantly to improve its mortgage business for the benefit of customers.

A spokesman for Santander said the announcement from the OCC “reflects the progress we have made to enhance all aspects of how we support our customers. We have implemented a significant number of practices to improve how our mortgages are serviced, particularly in support of customers facing financial hardship.”

The OCC deemed JPMorgan Chase and EverBank to be in compliance earlier this year after the banks paid a combined $49 million in fines. Wells Fargo and HSBC continue to operate under enforcement actions that limit their mortgage operations.

Speaking on the condition of anonymity, a Washington attorney whose law firm specializes in bank regulation said the consent orders were imposed in part because of  “the substantial political pressure [regulators] were put under as not having been tough enough on the banks in relation to the financial crisis generally and to the foreclosure crisis specifically.”

The aim of error-free default servicing would be ruinously expensive to provide—and likely impossible—the attorney said, given that the process depends on customers and servicing representatives who are themselves not error-free.

“So perhaps the pendulum has swung too far to seek perfection and to punish imperfection," he said, "and we see the larger banks—the ones subject to the consent orders—responding to this for the most part by shedding mortgage servicing and especially default mortgage servicing.”

• Consent Order for the Assessment of a Civil Money Penalty Against U.S. Bank National Association

• Consent Order for the Assessment of a Civil Money Penalty Against Santander Bank, N.A.