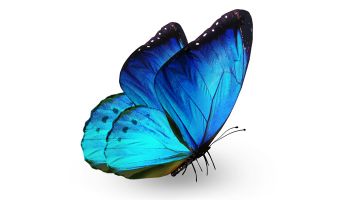 As a banker, fintech and more may have you wondering about your future. Now, imagine being a company that based its business on checks. But Lee Schram, CEO of Deluxe, says a firm can turn into something new—and yet retain some key parts of the old business.

Banks and their vendors are tied together more and more. A key reason is regulatory oversight. But banking and its suppliers have another thing in common: Both are under siege from changes in technology and nontraditional competitors. As a result, traditional bank suppliers who have successfully navigated major changes in their own business models can offer insights to bank clients.

This came up in a conversation we had with Lee Schram, CEO of Deluxe Corp. The company celebrated its 100th anniversary in 2015, and for most of its existence, one product dominated—paper checks—of which Deluxe was, and remains, a dominant supplier. The Deluxe response to banking evolution is instructive.

Long goodbye is less than a parting

Checks have been “going away” for at least 20 years. Yet, they are far from gone, as the popularity of remote deposit capture—mobile and otherwise—attests. Nevertheless, check volumes overall have been trending downward steadily, and Deluxe concluded years ago that if it wanted to survive and grow, it had better look beyond its core product.

Schram, who joined the company a little over ten years ago, has been leading the migration away from dependence on checks, without giving up either the heritage or the ongoing revenue from printed checks. Even as it continues its transition, Deluxe continues to improve its check products, including introduction of an e-check. (More on that later.)

How has this worked out? As of a year ago, Schram said that small business services accounted for 66% of the company’s revenue; financial services 23%, and direct-to-consumer checks 11%. Checks actually account for somewhat more than 11%, because they are part of each business line, according to Schram.

Advice on migrating your business

Banks are contemplating transformations as fundamental as that which Deluxe is undergoing, shifting from retail to commercial, out of mortgage lending into wealth management, or into some other niche.

We asked Schram if he had any lessons to share on the subject of transforming a business. He noted that banks and other companies have been asking him that question. They tease Deluxe about the “buggy whip aroma of a check,” but also acknowledge that Deluxe must be doing something right, because “we’ve been able to find their way through that.”

“The first and most important thing that you need to do is move. Action is better than inaction. The other thing is to get out in front of your people and tell them the truth, tell them the story. Don’t hide behind it. They know more than you know about what’s going on.

“At Deluxe we are extremely praiseworthy of the great people that are on the core, check side of the business,” says Schram. “We celebrate with them, we tell them how important they are—sincerely.”

Schram adds that “we also say, ‘Your life is changing because consumer preferences are changing—not because you’re doing a bad job.’ And we also tell them, ‘Yes, we will continue to consolidate plants’.”

A bank can say much the same to its people as branches evolve, says Schram.

“Don’t make tellers feel bad about the consumer changing,” he advises. “Teach them about what they have to focus on with keeping the core customers going while the bank is becomes more electronic.”

Schram relates how this played out in his own company:

“What we taught the people in our plants is that it’s not about cost reductions, it’s about getting wasteful spending out of the check printing process to fuel growth for the new parts of the business. If we don’t do that we can’t transform the company.”

Schram says this has helped those employees understand their importance in contributing to the future growth of Deluxe. Not, he adds, that this is an easy case to make.

“People they shake their heads and say they don’t understand,” says Schram. “But you just have to relentlessly tell the truth to people—just like a bank has to be very truthful with what’s happening with the inside of a branch and how the brick-and-mortar is going change as well.”

In an age when the mega-layoff has occurred in many large financial companies, Schram makes an interesting point: “Praise the people that are going to carry you to the other side—don’t shoot them. They’re not the ones changing the consumer preferences. The new banking—online banking, mobile banking, all of that—is what’s doing it.”

To reinforce his message, Schram brought two veteran employees who have spent their lives in the check business to the New York Stock Exchange opening bell ceremony in December, commemorating the company’s 100th year.

“I told them how important they are to the long-term health of our company,” says Schram.

Messages to rally behind

Beyond these efforts, Schram has worked to inculcate a series of leadership principles among Deluxe employees—goals such as intellectual curiosity and getting moving.

“I call it moving with focused velocity and speed,” says Schram. “You have to have pace. You have to keep things productive inside the company. I also talk about how it’s one team, one Deluxe stock price, and how everybody is important in terms of what we’re doing.”

Schram says that may “sound corny and kind of obvious.”

However, he says, “One of my favorite lines is, ‘It’s hard to look smart with bad numbers’. So it’s a series of things like that, teaching and culturally getting people to understand the need for change.”

Schram adds it’s equally important to attract new talent into the company and get them excited about making a difference.

Much as banks speak about the continuing importance of the branch despite falling transaction levels, Schram points out that checks are still important, not only for many consumers who still use them, but for small businesses. Yet this is also a key opportunity for adaptive, transition thinking for Deluxe.

“What’s really interesting about this for us is that we’re finding lots of places that issue paper checks today where we’ve never played before,” says Schram. One example he cites is medical and health companies where many checks exist. There are checks written for co-pays to physicians as well as between physicians and the insurance companies.

“There are companies that basically broker checks between the physician and Cigna or Humana,” says Schram. “Hundreds of thousands—millions—of checks are getting issued.”

Deluxe has a product it calls eCheck. These are paperless checks that can be sent to anyone with an email address. There are numerous security features built into the product, and Schram says the healthcare community is becoming interested in the product as way to migrate away from paper, but still keep the detailed remittance information that typically accompanies business check payments.

Schram also positions the eCheck as a bridge on the path to full electronic payments.

It’s a long journey, he says. “You’re not going to snap a chalk line and immediately move people” to the newest electronic systems. “You’d better make sure the consumer or small business understand the journey you’re taking them on,” adds Schram.

Some people within Deluxe worry that the eCheck will cannibalize the company’s printed check business. Better to cannibalize yourself than have somebody else do it, Schram counters.

And most relevantly, Schram says Deluxe finds that 20% of the customers ordering eChecks have never been print check customers. The product is offered directly by Deluxe as well as by clients, dealers, and distributors. The company is in discussions with major banks about marketing the product.

In 2015, a company spokesperson says, the eChecks platform transacted more than $1 billion with more than 400,000 unique payees having received a payment.

“That’s exciting for us,” Schram says.