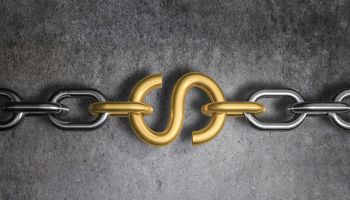 The banking industry has turned the collection, movement, and management of money into a goal of its own. But money, fundamentally, is an artificial construct. By itself, it is of no utility. It is a representation of value, against which items of use can be measured.

Looking at the schematic of banking

Banks perform very few functions, which at a high level are fairly straightforward.

For example, retail banking holds deposits, provides loans, facilitates payments, and facilitates transfers to others. Investment banking moves money, raises money and manages risk. Each of these areas is slowly being eroded by fintech companies. Perhaps more significant, however, is how some companies are creating new ways to transfer value, which banks are adopting.

• Investment banking processes are at risk because distributed ledgers move funds more efficiently, without the need for middlemen.

An increase in the extent and sophistication of crowdfunding may jeopardize the raising of money. Risk management is being handled by smart contracts and distributed applications in distributed ledgers, automatically creating hedges against market events.

• Retail banking has a different set of threats, considering the compliance burden of dealing with consumers. Nonetheless, social networking and other online platforms are circumventing the customer’s need to access his or her bank account to move money.

For those with identity management systems, integrating with the online portals that use their services and allowing payments are hardly farfetched notions.

Additionally, with a complete closed network of relationships and the funds that are sent between each, any compliance costs would be a fraction of those of any bank. For these platforms that provide a service for user engagement, they may have the capability to provide money management as a side benefit.

As such, a bank in its current form would no longer be needed.

This, of course, grossly simplifies much of what a bank currently does. Banks perform research and provide other services to customers, such as financial advice. However, much of this is integrated into the other services described above, with a portion of the benefit gained due to the cross-selling of services to clients.

What technology is likely leading toward is clear: whereas to this point banks have held the entire management of funds from collection to redistribution, technology is changing how this can be done without such centralized intermediaries.

Consequently, it is likely that the distinction of specific financial institutions as such will change, and instead will be split into two, or most likely more, sides:

2. Advisors, who work with clients to find the most effective technology collective for their needs.

This evolution will take time. There are certainly significant technological advances that will need to take place before this model is truly practical, and many financial institutions will be hoping to fit into the latter group, for which margins are significantly higher.

However, like a computer network, money is only a facilitator: whereas a network facilitates the collaboration of technical resources in different locations, money facilitates the exchange of goods and services among people with differing needs. When technology can be used to make such management and optimization of money seamless, the profits to be made through providing such a rent-based business may force this transition and produce some very interesting results.

Phases of an evolution

Much of this transition may be assisted by distributed ledger technologies, and we are starting to see the beginnings of this.

Phase one was its creation. Bitcoin’s development in 2008 and release in 2009 showed enormous promise: a decentralized currency with near-frictionless transactions, allowing for effectively digital cash to be sent around the world without any controlling party.

However, bitcoin was limited in a number of ways. It ignored, either deliberately or not, the current regulatory environment, which significantly limited the ability for the ecosystem to grow.

Additionally, transaction costs are not only the minimal fees taken by miners: the enormous spending by mining companies in electricity and capital purchases is also made up for by the distribution of bitcoins, leading to an increase in supply and inflation.

We are now at the beginning of phase two. The potential of blockchain technology is recognized by most who have heard of it, and recent press has certainly increased attention.

In this phase, incumbents are investing to identify and implement opportunities that leverage blockchain technology, as well as recognizing that there are many more flavors of the technology, leading to the more broad definition of distributed ledger technology.

People are saying that they like the blockchain, but not bitcoin. Consortiums are forming to leverage the technology and implement single distributed ledgers, in theory more efficiently managing utilities that currently require cumbersome, nonstandard processes.

In this phase, incumbents, regulators, and perhaps consumers will become familiar with the technology and its benefits. This could lead to the recognition that while this technology may improve the efficiency or operation of current utilities, the potential for distributed ledger technology to create markets or products not previously possible may be far more significant.

So, while current business cases are developed and implemented, these new revenue opportunities are being identified.

Phase three will follow. In this phase, the previously identified new revenue opportunities will begin to roll out. Additionally, institutions will start looking to moving toward interoperability of private distributed ledgers.

While distributed ledgers have practical use cases through the setting and enforcement of standards, and decentralization of certain back-office functions, such as regulatory reporting, the real strength will come when these are connected and interoperable in an open, publicly authenticated network.

This network may be bitcoin, an alternative such as Ethereum or even a technology backed by a central bank. Over time, this will become like a series of intranets connected into the internet—although in this case, there may be more than one.

With this maturity and interoperability, the market, which previously held down the adoption of bitcoin, will begin to warm to a new way of operating.

With this interoperability and development of standard global ledgers will come new business models, and their development and full deployment will be the final phase.

With the market now having built the scaffolding needed to stand up these new business models, the full potential of distributed infrastructure may be realized. This may involve the internet of things, decentralized marketplaces, decentralized autonomous organizations, and other businesses that we have not considered.