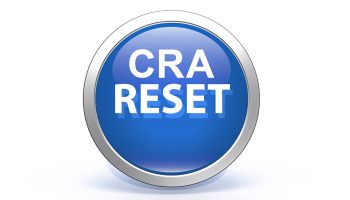 This viewpoints article, part of a series, looks at the Community Reinvestment Act as it approaches its 40th anniversary. We welcome responses in the comment section below. Proposals for viewpoints articles and UNconventional Wisdom guest blogs should be directed to [email protected]

Part 1: This series is based on a speech given by Sandra Braunstein, formerly of the Federal Reserve Board staff, at the Wolters Kluwer CRA and Fair Lending Colloquium in November 2015. It looks at the past, present, and potential future of the Community Reinvestment Act. For more about Braunstein, see the extended author's note at the end of this article.

The Community Reinvestment Act—which turns 40 next year—was enacted at a time of significant redlining by financial institutions.

At the time of passage, many bank lenders had maps, with areas outlined in red, where the bank would not make home loans. Those areas were typically low-income and minority areas.

As written, the CRA statute quite clearly refers to income, but let’s not kid ourselves. Back in 1977, when the statute was written, while income was a relevant factor, it did double duty as it was also a proxy for race and issues of racial discrimination.

You would be unlikely to find redlined maps in any bank today. So, almost four decades later, some have questioned whether CRA is still necessary.

I think it is needed as much today—if not more than ever.

Lending in the wake of crisis and reform

Racial discrimination has not gone away. Many communities are still struggling to come back from the recession and the financial crisis. And, as in the days of the origin of CRA, access to credit remains a huge issue for many communities and people.

Many of the new financial regulations enacted during and after the financial crisis were intended to protect consumers from the abuses of too-easy credit and subprime loans. Together these lending approaches stripped wealth and property from millions of consumers.

The concept of legislative action to control potential for future damage of that type is a very good thing. However, post-crisis, credit has tightened for everyone—and especially so for low- and moderate-income people.

It is incredibly important that financial institutions work with consumer and community organizations to devise creative methods for providing much-needed safe and sound credit and financial services to underserved people and communities. CRA provides the incentive to do just that.

Why CRA continues to be necessary

Despite protestations from some quarters, I do not believe that adequate outreach and credit access would be achieved without CRA.

In 2005, three Federal Reserve Board economists—Bob Avery, Raphael Bostic, and Glenn Canner—surveyed financial institutions all over the country regarding their CRA programs and practices. Not surprisingly, they concluded that markets don’t operate in a perfect, full-information fashion. Further, they found that, as a result of CRA requirements, the majority of institutions surveyed engaged in activities that otherwise would not have been completed.

Even though this is ten-year-old research, I believe that the same results would be found today.

Today, some naysayers continue to blame CRA for the financial crisis, in part or whole. Back in 2008, the Fed’s Glenn Canner and Neil Bhutta examined HMDA data from the height of the subprime boom and found that only 6% of high-priced or subprime loans were made by CRA-covered lenders in their assessment areas.

These are loans that, it could be argued, were made for CRA purposes. The subprime loans in that 6% performed the same, not worse, than the other 94% of subprime loans made by institutions not covered by CRA or made by banks outside their assessment areas. Furthermore, less than 2% of mortgage originations sold by independent mortgage companies were purchased by CRA-covered institutions.

This data would argue against the claim that CRA incented subprime loans.

In a 2013 Federal Reserve Bulletin article, Canner and Bhutta looked further at higher-priced loans over time. They found that loans to LMI borrowers made by banks in 2006 within their CRA assessment areas—these are the loans encouraged by CRA—had a delinquency rate lower than for all loans combined and less than one-fourth the rate for all higher-priced loans of the same vintage.

This data is completely inconsistent with the notion that CRA was a driver of the mortgage and financial crisis. To this date, I have not heard the “CRA blamers” produce any data to support their claims, certainly nothing to refute this Federal Reserve data.

How did simple become complex?

So, why does a statute that is only a few paragraphs long need hundreds of pages of Q&A commentary to interpret? Why is this regulation still such a conundrum?

One factor is that CRA was intended to be vague. CRA does not answer the eternal question of “How much is enough?”  And that is by design.

Both banks and community groups would like some clarity on this, but you can never anticipate every eventuality in a regulation.

Providing precise guidelines would not encourage innovation and, in fact, could discourage it. However, the uncertainty has resulted in a complex regulatory scheme for a very simple, short statute.

Read these other articles based on sessions from the Wolters Kluwer conference:

• Fair banking on the rise 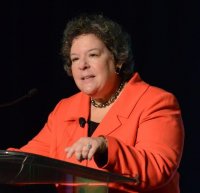 In that position she was principally responsible for the development and administration of Federal Reserve policies and functions related to consumer protection for financial services. The division was responsible for consumer compliance supervision and enforcement, and had oversight of the Federal Reserve System’s consumer compliance examinations of state member banks and consolidated supervision in bank holding companies.

In addition, Braunstein administered outreach efforts to the financial services industry, state, local, and federal government officials, and consumer and community organizations. Some of these responsibilities were carried out through the System’s Community Development programs. Community Development staff, housed at the Board and in the Reserve Bank and branch offices, conducted community development activities and promoted increased access to capital and credit in underserved markets. Other division staff conducted research on consumer behaviors and tracked emerging issues to gain insight into their implications for policy of consumer financial services.