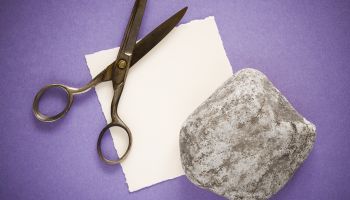 On May 5, the CFPB announced its proposed rule that would prohibit class-action waivers in arbitration clauses in contracts governing consumer finance products.

While the proposal does not include a complete ban on all pre-dispute arbitration agreements, the bureau's proposed new rule would bar the use of such agreements to block class-action lawsuits.

Bringing long-simmering issue up to date

CFPB has been studying pre-dispute arbitration provisions in consumer contracts since 2012. In March 2015, the Bureau reported on its study of arbitration agreements. This included a comparison of consumer finance disputes that were resolved through arbitration, individual lawsuits, and class actions.

Among other findings, the study noted that roughly 32 million consumers each year were eligible for relief as part of class-action settlements in federal court. The bureau expressed concern about arbitration clauses blocking class actions.

In October 2015 CFPB released its notice of proposed rulemaking, with an outline of the proposals under consideration.

The proposal is in line with what CFPB indicated with its prior comments as well as its proposal outline issued in October.

The proposal has two main components:

• Requiring providers that use pre-dispute arbitration agreements to submit certain records relating to arbitral proceedings to the bureau.

CFPB intends to publish these materials on its website in some form, with the stated goal "to provide greater transparency into the arbitration of consumer disputes."

Beyond the amplified litigation and reputational risks associated with CFPB's publishing this data, there will be a component of increased regulatory risk. "This would enable better monitoring of consumer finance arbitrations to ensure that the process is fair for individual consumers,” stated Director Richard Cordray. “It would also enable further review of the substantive allegations raised in these arbitration processes to see if they warrant action by the bureau."

The reach of the proposed rule is very wide.

Thus, the new rule would include such products as consumer checking and savings accounts; credit cards; prepaid cards, student loans; installment loans; certain auto loans; and money transfer services. CFPB also specifically mentioned providers of services to assist with debt management or debt settlement and those that collect debt (including third-party collection companies) as falling within the reach of the proposed rule.

The proposed rule will likely take effect in 2017, after a 90-day public comment period and then publication of CFPB's final rule.

The new rule means that banks and other consumer financial services companies would no longer be able to require consumers to waive the right to bring class-action lawsuits.

Companies could still require customers to bring individual disputes through arbitration rather than a lawsuit.

Those companies that use arbitration to resolve individual disputes would be required to report arbitration matters and their results to CFPB.

The financial services industry has criticized CFPB's study results and rulemaking in this area. Many critics believe that CFPB's proposal will harm both financial companies and consumers by encouraging meritless class-action litigation. If banks and other financial services companies are forced to spend more defending large-scale litigation, the costs to consumers will also increase, it is argued.

CFPB is expressly relying on the industry's fear of the costs associated with class actions, hopeful that there will be a deterrent effect.

To wit, Director Cordray noted that "the potential for a substantial monetary award often leads a company to rethink its practices by reassessing its bottom line."

The new rule will likely give rise to legal challenges. In 2013, the U.S. Supreme Court upheld class action waivers in agreements to arbitrate in American Express v. Italian Colors Restaurant, 133 S. Ct. 2304 (2013). Pursuant to the Federal Arbitration Act, pre-dispute arbitration agreements involving interstate commerce are valid and enforceable as written. Of course, it could take years before any challenge reaches the Court, and the composition of the Court that decided Italian Colors is in flux.

What you can be doing now

Banks and other consumer finance service providers will have to adjust for the risk this rule brings to the market and price their products accordingly.

With CFPB's announcement today, all non-mortgage providers of consumer credit and other services should be reviewing customer agreements and determining how those agreements will need to be redrafted to comply with this new rule, as well as budget for the cost of doing so.

Providers would also be prudent to begin discussions on how this new rule should factor into risk and pricing policies for non-mortgage consumer financial products and services.

The rule is open for public comment for the next three months. Now is the time for all industry participants to read through the proposal and submit comments. All comments can easily be made electronically on a dedicated page of the CFPB's website. The proposal should be posted there shortly.

Craig Nazzaro is of counsel in Baker Donelson's Atlanta office and is a member of the Consumer Finance Litigation and Compliance Group. Before joining Baker Donelson, Mr. Nazzaro was a vice-president and assistant general counsel with J.P. Morgan Chase. Reach him at [email protected]

Kristine L. Roberts, a shareholder in the Memphis office Baker Donelson, serves on the firm’s Board of Directors and is chair of its Financial Services Litigation Group. Ms. Roberts' focus is on banking and financial institutions litigation, and she has represented her clients in a wide variety of cases. Reach her at [email protected]