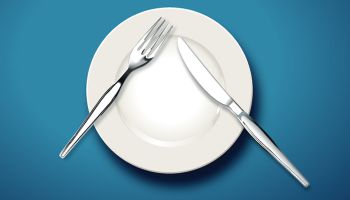 Community bankers rode into 2017 on a wave of optimism, with high hopes that a pro-business U.S. capital would reform healthcare, taxes, and regulations—and in doing so, bolster economic growth and encourage business owners to borrow and invest.

But little new momentum on the loan growth front developed during the first quarter.

While there are exceptions to that rule, and while the first quarter is often seasonally slow amid winter weather and typical post-holiday easing in consumer activity, analysts say most small lenders to date have reported flattish or only modest growth—shy of what the Street had anticipated after bankers spoke confidently about loan pipelines late last year.

Not much improvement seen

"Loan growth—or that there is little of it—is a concern," FIG Partners bank analyst Christopher Marinac said in an interview.

Loan growth for many lenders, he said, likely tracked moderate economic growth. The Commerce Department estimated that the U.S. economy grew at a paltry annual rate of 0.7% in the first quarter, down from 2.1% in the previous quarter.

Sandler O'Neill & Partners analyst Mark Fitzgibbon noted that reform expectations have to date proven overly optimistic. Though Republicans eager to revamp healthcare, taxes, and regulations control the White House and Congress, lawmakers so far have come up short on reworking health policy. [Subsequent to S&P Global posting this article reform passed the House, with its future in the Senate uncertain.] They are only in the early stages of trying to reform the tax code, and regulatory reduction legislation has yet to gain traction. [See, "How will your bank fare under tax reform?"]

"Everybody is on pins and needles," hoping to see actual legislation passed, Fitzgibbon said in an interview.

Impact on investment and borrowing

Against that backdrop, many business owners are holding off on making big investments and, as such, driving little new demand for banks to finance expansions, analysts and bankers say. That fuels uncertainty on whether other legislative priorities championed by President Donald Trump, such as changes to trade policies or federal investments in infrastructure, will get attention this year.

It also raises some concern that Federal Reserve policymakers will shy away from further raising interest rates in 2017, after a pair of recent small increases. Many bankers would like to see continued rate bumps because they could make lending more profitable. Banks often follow Fed hikes by raising rates on their own loans.

"Nationally, the economic picture does seem to gradually improve, but, of course, there's a lot of uncertainty that persists for corporate America and the banking industry, in particular, in light of the ongoing political wrangling in Washington," Christopher Oddleifson, president and CEO of Rockland, Mass.-based Independent Bank Corp., said during a first-quarter earnings call.

"The timing and [ultimate] path of key issues, such as tax reform, healthcare, interest rates, trade, and infrastructure spending will present varying scenarios for our customers and our bank," Oddleifson added.

Independent grew its total loans by about 1% during the first quarter. Oddleifson said he remains confident that, for the full year, loan growth will be solid.

Marinac noted that many other bankers during first-quarter earnings calls also continued to speak positively about loan pipelines, but their commercial clients, as a group, have yet to pull the trigger and turn loan applications into actual borrowings. "So we are still hearing about the pipelines," Marinac said. "But the proof is in the pudding."

Fitzgibbon said the complexities of the healthcare system make it difficult to gauge the likelihood of substantial changes on that front. He joins many others in the banking industry who think some regulatory relief and tax cuts are still probable.

But the longer it takes to get actual legislation pieced together, the more likely it is that such changes will be relatively small, given that congressional re-election campaigns will gear up next year and lawmakers are often loathe to take big risks when voters' judgment nears.

The quality of banks' lending remains solid, analysts said, with overall charge-off rates low. But there are potential areas of concern emerging. Some banks are pulling back on auto lending and others are reporting upticks in credit card charge-offs. Some are worried about commercial real estate tied to the health of big-box retailers, which are steadily ceding sales to online giants such as Amazon.

Others continue to grapple with aftershocks of a recent oil-price slump that bruised energy borrowers. Lafayette, La.-based MidSouth Bancorp Inc., for one, fired its longtime chief executive last week after posting first-quarter results that showed nearly half of its energy credits—which make up almost a fifth of its total loan book—were on criticized status.

Uncertainty on healthcare policy, along with hospitals' and clinics' ability to get payments from public health plans, has caused some trepidation on that front as well. Plano, Texas-based LegacyTexas Financial Group Inc., for one, said it had stopped originating corporate healthcare loans following a $16.4 million charge-off on a large syndicated healthcare credit in the first quarter. That followed a problem health credit the previous quarter.

"Despite our best intentions, our entry into healthcare lending [in 2015] has been very, very disappointing," LegacyTexas President and CEO Kevin Hanigan said during an earnings call.